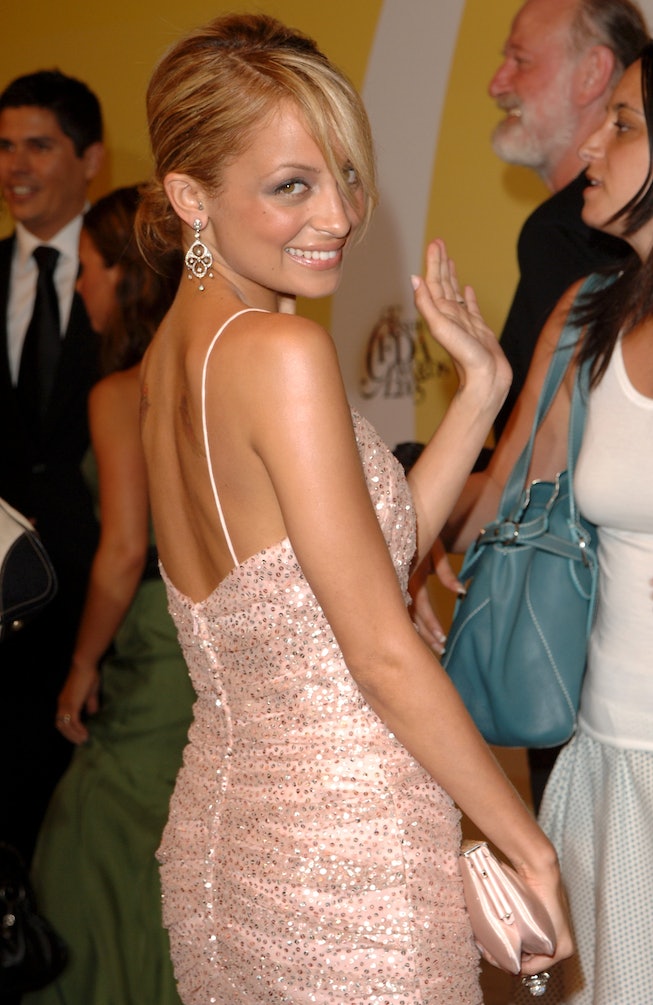 Nicole Richie accidentally lit herself on fire while blowing out birthday candles on her 40th birthday — which hopefully isn’t a harbinger of her decade to come.

Richie posted the video, which now has 2 million views, on Instagram with the caption, “Well… so far 40 is 🔥.” Richie appears to be sitting in some outdoor veranda, where you can hear friends cheering for her as she leans over to blow out the candles on a cake with a photo of her as a kid, before she lets out a high-pitched scream as she realizes her hair on fire. The video cuts off before we get to see how much of her tips are singed, but we see a rapidly growing flame burn into her blonde hair while a hand comes into the frame to try to wave the flame. It’s funny and scary — the duality of life!

A ton of celebrities who don’t seem like they’d be friends with Nicole commented on the video, including Ellen Pompeo, Zooey Deschanel (what is she up to?) and Antoni Porowski, who wrote: “I feel awful for laughing I’m sry also happy birthday!!!” The most-liked comment? “That’s hot” from Richie’s husband and one-half of Good Charlotte, Joel Madden, who she married in 2010 and with whom she has two children.

But no comment was more important than the G.O.A.T herself, Nicole’s former best friend, partner in crime, and The Simple Life co-star, Paris Hilton, who commented, referring to Nicole by her nickname: "OMFG. Happy Birthday Bill! Hope your ok! Love youuuuu."

While we’re sad that Paris wasn’t the one there to extinguish the fire in Nicole’s hair, what’s even sadder is that Richie shut down the idea of a Simple Life reunion in a recent Entertainment Tonight interview. "I think it would be hard now because we're older and we have traveled and we have been everywhere. So, I think that concept was so great because you were able to take people's phones away for a month," she told Entertainment Tonight. "I think if you took someone's phone away right now, you'd have to have a therapist on site and make sure they were OK. No one's trying to deal with all that, including me. So, I think it would be such a different thing."

Judging from Nicole’s cheeky caption, she’s probably okay and will likely stay wary around lit candles for the foreseeable future. The burnt hair smell is no joke, but at least she can say her party was lit (sorry).