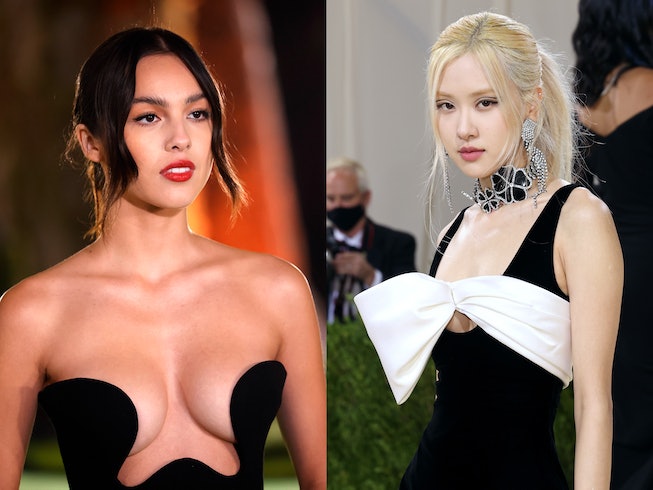 What’s more wholesome than two of pop’s most magnetic girls becoming friends? It’s the case with Olivia Rodrigo and BLACKPINK’s Rosé, who had such a fabulous time at the 2021 Met Gala, that she gushed about how the K-pop idol is “the sweetest angel alive” in a recent Teen Vogue story.

The two shared a table together, and Rodrigo only had good things to say about the experience. “[Rosé is] the best,” Olivia said in the interview. “We’d hung out before, and she’s actually the sweetest angel alive. I was so happy I was sitting next to her because I was so nervous and when I sat down it was like, ‘Oh my god, I have a friend here.’ She’s absolutely the best, couldn’t sing her praises enough. She’s so talented. Nicest person in the world too.” You mean celebs get nervous about socializing with whomever they’re sitting next to at dinner? They’re just like us!

This is the latest in the saga of a friendship we’re excited to see blossom. Back in July, the two were seen at dinner in Los Angeles with Petra Collins, who directed Olivia’s “good 4 u” music video, causing Twitter to spontaneously combust with speculation of a collaboration. Rodrigo and Rosé posted a cute selfie on the night of both their debut appearances at the Met Gala, which also marked the first time a K-pop idol attended the event.

Yves Saint Laurent dressed both Rodrigo and Rosé for fashion’s biggest night, and Rodrigo’s look left her feeling on a high. “[The Met Gala was] the first time I’ve worn something that’s a little like, body conscious, and high fashion," she said. “I remember being so nervous, going like ‘Nobody’s gonna like me’ and ‘I’m gonna feel ugly.’ … After the Met, I felt so happy and confident and comfortable in my skin for the first time in a while.” We love our vulnerable Pisces — and any celebrity that’s willing to admit they’re nervous for the Met Gala, or even to wear a skintight, see-through, feathered bodysuit.

She went on to say that during the gala, she felt like she was “exactly where I wanted to be and was supposed to be in the grand scheme of life.” She continued: “Not even in a career sense but just as a person who evolves and grows. I was homeschooled since I was in seventh grade, and it was so cool to be around a bunch of people, and I felt like I had a group of girlfriends that I hadn’t had in a long time."

As for Rosé, the singer repped the French fashion house after the Met Gala with a delightfully preppy ensemble that should land her a guest starring role on Gossip Girl if HBO Max knows what’s good for them.