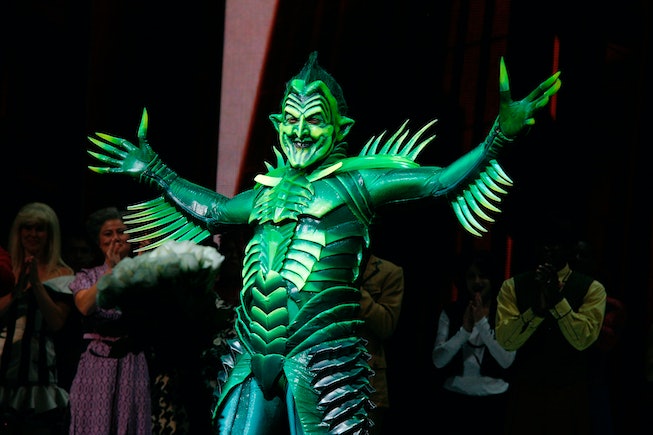 Merriam-Webster’s word of the year has long-served as a litmus test for the zeitgeist. It captures the terms of the moment, ones that the whole family can get a chuckle out of: words made famous or infamous by politicians or “the discourse.” 2019’s was “they,” as in the pronoun. 2017’s was “feminism,” immediately conjuring the “nevertheless she persisted,” The Wing-era vortex. This year, the Oxford Dictionary is having a little fun with the tradition — selecting a word, or actually two words, that define 2022 with the deranged panache this year deserves: “goblin mode.”

The term refers to “a type of behavior which is unapologetically self-indulgent, lazy, slovenly, or greedy, typically in a way that rejects social norms or expectations.” If 2022 wasn’t decadent and depraved, I don’t know what it was.

According to Oxford, the term popped up on Twitter as early as 2009, but the most popular use case involves a tweet featuring a fake headline that quoted Julia Fox saying that she and Kanye West broke up because he didn’t like it when she “went goblin mode.” (Fox later denied she ever used the word “goblin mode.”

The reason why the selection is so accurate to 2022? Because it was the first word of the year that was voted on publicly between three choices. “Metaverse” was the second choice, followed by “#IStandWith.” I’m no grammar purist, but there is something goblin-esque about a hashtag being a respected dictionary’s word of the year. Save it for Dictionary.com. But unsurprisingly, goblin mode was a landslide victory: It was selected by 318,956 people, making up 93% of the overall vote. As the New York Times points out, perhaps “goblin mode,” was just the lesser of three evils.

“Given the year we’ve just experienced, ‘goblin mode’ resonates with all of us who are feeling a little overwhelmed at this point,” Casper Grathwohl, the president of Oxford Languages told The Guardian. “It’s a relief to acknowledge that we’re not always the idealized, curated selves that we’re encouraged to present on our Instagram and TikTok feeds. This has been demonstrated by the dramatic rise of platforms like BeReal where users share images of their unedited selves, often capturing self-indulgent moments in goblin mode.”

A world in which the president of Oxford Languages attributes the collective mood of the year to BeReal — the Gen Z-fave social media app that encourages “authenticity” over lies? Show me a better use case of “goblin mode.”