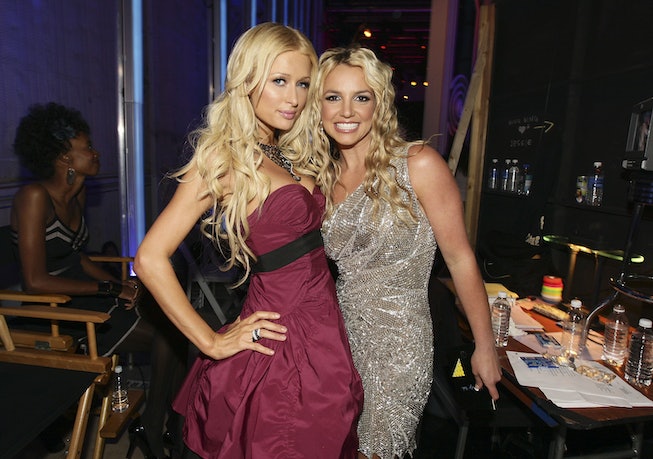 The #FreeBritney movement got a major win on Tuesday, when Britney Spears’ father Jamie unexpectedly petitioned to end her conservatorship. Among the many people rooting for Spears is Paris Hilton, who uploaded a real-time reaction from her podcast This Is Paris, to Twitter.

In the post, Hilton called Spears a “fighter” and a “true angel,” and called for accountability for “everyone that did this to her.”

“Britney Spears father just petitioned to end her conservatorship. This is such an unexpected turn. I didn’t think anyone was expecting this but it’s just amazing to hear to know that Britney is another step closer to having her freedom which she deserves so much,” she said on the podcast. “It’s just been, these past months, watching her really just come out there and be so strong and so brave and finally hear her speak up and speak her mind and it really shows that the truth will set you free.”

Hilton has been a vocal supporter of Spears all summer, weighing in on the developments of the conservatorship case and sharing support for her friend in her quintessential calm, matter-of-fact voice that’s an octave deeper than you’d think it would be, and it’s probably about time she got her own entertainment journalism TV show.

"Dealing with it as a teenager was hard but I can't imagine, still, as an adult, after working your entire life," she said of Spears' conservatorship on a July podcast. "She's built a huge empire; she's a legend, she's an icon, she's a mother. She's amazing and she has these people controlling her money, her life.”

It’s borderline emotional to see Hilton defending Spears, not only because she gets it, but especially more than a decade after they were the faces of the infamous New York Post “Bimbo Summit” story, which showed a photo of Lindsay Lohan, Hilton and Spears all in a car together. (She recreated the iconic photo in 2019.) And as much as tabloid culture fueled feuds and a mean girl narrative between the two, they’ve been through the abusive fame machine together.

Of course, Spears isn’t quite free yet: The next hearing in the case is scheduled for September 29, where the judge will take up Jamie Spears' request to terminate the conservatorship.