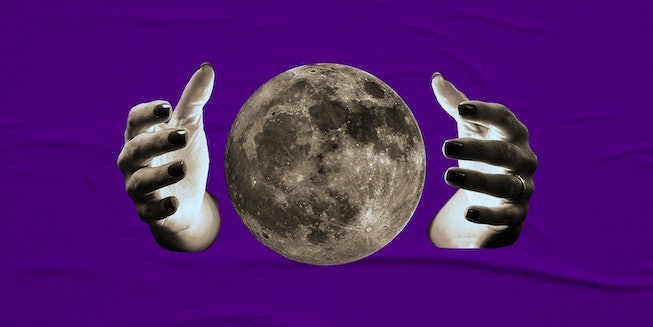 The COVID-19 pandemic is, for lack of a better phrase, scary as hell. The dread and anxiety can come in waves. You can be minding your own business on Twitter only to come upon a thread by New York City emergency room doctor describing the harrowing realities of the illness; lax politicians remain wildly inept in their preparedness while people die. All this suffering takes its toll. Focusing on what you can control is always sound advice, but in times of unprecedented uncertainty it feels like a lifeline. The collective questions of when this will all end and what will the world be like, however, is where medium and psychic Kristine Fredheim comes in.

Fredheim, who has been honing her metaphysical talents since she was a teenager, ultimately sees the coronavirus as a reset. “This [virus] is creating a lot of change. With that change comes new beginnings,” she explained to NYLON from her home in Stavanger, Norway. “I have no doubt that people are going to get back on their feet, it will just be differently than what we would expect as of right now.” With the insights of past, present, and future available to her, Fredheim offered guidance into seeking higher vibrations, how the spirits are observing the pandemic, and tips on staying grounded through these tumultuous times.

Tell me about your background. When did you realize you had a gift?

I did not realize at first, it was my parents who had to have a talk with me to tell me that I am special and what I experience and see isn’t what other people do. I was told at a very early age to keep it within the family so I wouldn’t get bullied or end up with no friends.

How old were you?

The first time I remember seeing spirits I must have been four or five years old. I was in kindergarten and I would see a lot of spirits. I would point them out to other kids when we were playing around. Like, “Why is that dude staring at us? Gross.” Other kids would be like, “You’re weird.” That’s how the conversation started at home when I asked my parents why other people didn’t see stuff like that. I tried to push it away because my parents kind of put a little shame around it. I don’t think they did it on purpose. I tried to push it away but it continued to grow. I noticed it especially when I hit my teens and my father passed away. I was sixteen and I was able to see him days after he passed away. That was really strange and emotional. It grew with me throughout the years. I went to medium school in 2013, maybe, and I got to learn about my skills and really tap into what I can do with them.

What was the testing process for getting into medium school like?

The woman who introduced us to the school, like the teacher, she’s intuitive. She would have an intuitive feeling if I should go. And in the moment of writing the email she had an intuitive feeling that I should come and have a talk and do some tests. One of the tests was holding a necklace and getting enough information about the necklace and channeling the spirit that came with it. There were other things I needed to physically hold to see if I could get anything from the people they belonged to.

Was there anyone else in your family who had these skills?

I mean it wasn’t very talked about. My parents divorced when I was nine and that’s when my mother introduced me to tarot cards. I made my own tarot deck to celebrate the memory I have of her. She sadly passed away. She introduced me to a lot of spiritual stuff, but as intuitive as she was, she didn’t embrace it. She didn’t trust that she was getting in. But she definitely saw ghosts. She would always be right when it came to time. Like, “Oh he’s going to be here in fifteen past.” or something like that. She could feel, she told me once she could feel when my dad was coming home or if he was late. She had a lot of supernatural experiences as a child, too, which is why I think she was so afraid to embrace it as she grew up.

I wonder if psychic abilities are genetic like any other trait.

I think everyone has psychic abilities, but with some people it grows and is meant for you to work with it. But as children, we all are very intuitive and open. My mom had many weird spiritual things happening to her. I think the most frightening one she told me about was when she was sixteen years old. She woke up and the curtains in her room were standing straight out, not hanging down. She was floating two inches above the bed. Later she thought maybe it was some weird sleep paralysis, we don’t know, but it scared her to death.

What is your advice to somebody to hone their intuitive skills?

For me and my experiences, the more self-work I do the better I can channel. I’m not telling people to go to therapy to become psychics, but getting to know yourself better and how to create a better connection to yourself [is helpful]. Definitely doing high vibrational stuff like dancing, doing yoga, things that bring you into your own body are helpful. And obviously meditating on a daily basis is something I really, really recommend. Just carve in that time to practice. For me, I have an hour a day where I have to be on my mat and do my yoga and my meditation and set an intention on what I want to improve on. Just put that out to the universe, “Can I please have the support I need to grow my intuitive skills?” Just having that conversation is important.

As a spiritual professional, how do you recommend people stay grounded in these uncertain times?

Right now I would recommend two things. First, go home and be with your family. Second, try to practice gratitude for all things. Try to live as simply as possible and come together to bring support. I think that this virus is a huge lesson to the world to calm down, to be united together, and also to bring up what’s really going wrong in the world. People were already dying before this happened, we were already having problems with healthcare in the U.S. and I think it’s a great way to blow that up to see how things need to be improved. I think the more love and celebration to the people around you is going to help lift up the high frequency.

Why should we want to heighten the frequency?

When we heighten the frequency we eliminate anxiety, depression, hate, jealousy, greed. By going home and practicing all the things we are thankful for it will diminish our thoughts of going and hoarding in the grocery store or buying a ton of toilet paper. It puts you in the right mindset where you can give instead of taking. I think that’s a very important lesson we can walk away from in this situation.

Do spirits understand what’s happening in the world?

They are very aware of what’s going on. It’s more like the opposite where we are not aware. We’re always protected, but we are also here to learn and to grow. We have our own karma we have to go through. They know. What I’ve seen in meditation is that the virus was meant to be, but it’s going to pass. By summer things are looking completely different.

In a good or bad way?

It’s like starting over. Everyone has to start over at some point. This is creating a lot of change. With that change comes new beginnings. I have no doubt that people are going to get back on their feet, it will just be differently than what we would expect as of right now.

Have you spoken with any spirits who have survived pandemics of the past?

No, I have not talked to any spirits about that. My communication is solely with my father, who is my spirit guide now. The messages that I am getting are about being calm, staying grateful, and slowing down.

NEXT UP
Life
I Tried BeReal, But Was I “Authentic” Enough?
Fashion
From Coastal Grandma To Indie Sleaze, What’s Your Summer Aesthetic?
Fashion
The Popcorn Top Is The Latest Y2K Trend Making A Comeback
Fashion
How To Wear 2022’s Biggest Denim Trends, According To A Stylist