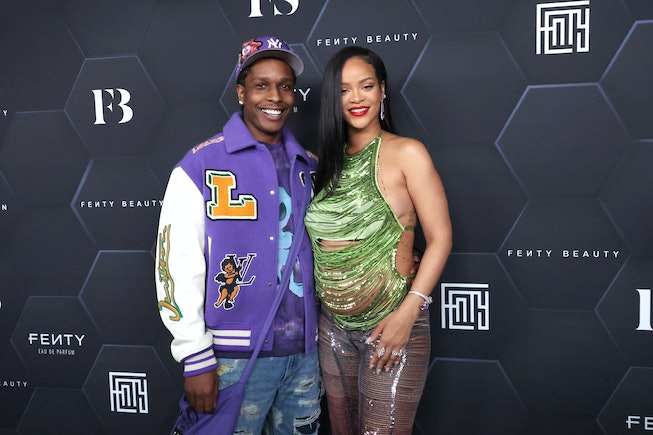 Rihanna is officially a mother. The pop star gave birth to her first child with A$AP Rocky, a son, on May 13 in Los Angeles, per TMZ.

We don’t know the name of the new addition to the Fenty family yet, but it’s safe to say he’s already the best dressed baby in showbiz. Rihanna was last seen out in LA on Mother’s Day, May 9, as she and her baby father dined at see-and-be-seen hotspot Giorgio Baldi.

The couple announced that they were expecting with a surprise “Fashion Killa” style photoshoot back in late January. They were photographed out and about in New York City, baby bump proudly on display; Rihanna wore a pink silk vintage Chanel puffer coat worn open to reveal her bare baby bump adorned with a gold cross and colorful jewelry.

They were radiating what can only be described as pure joy as they walked around A$AP’s hometown Harlem neighborhood. Back in May, the rapper spoke to GQ about his romance with Rihanna, calling her the "love of my life" and generally gushed about his affection for her. "So much better. So much better when you got 'the One.' She amounts to probably, like, a million of the other ones. I think when you know, you know. She's the One."