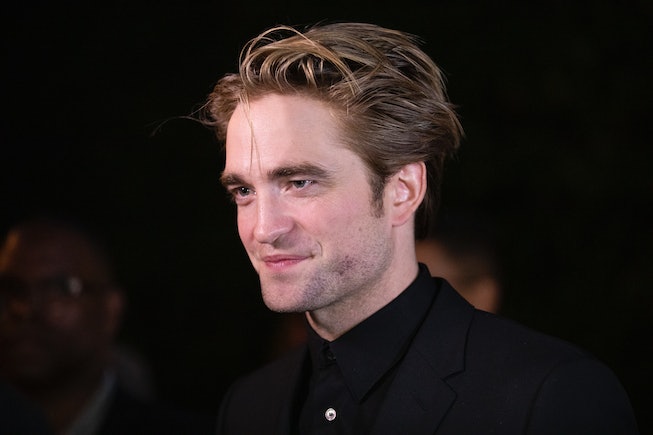 Everyone in Hollywood is either a liar or a freak, and in Robert Pattinson’s GQ cover story this month — which features a glamorous scumbag photoshoot where Pattinson dons gold teeth and bleaches his roots in a public bathroom while wearing Dior — the actor expands on how he’s the former, giving us a little peek into all the things he’s lied about in his career.

It’s fairly common knowledge that Pattison loves to lie for fun; for example, during his press tour for Water for Elephants, he famously told Matt Lauer that as a child he saw a circus clown meet a gruesome fate when “the joke car exploded on him,” only to later explain that he made up he story because he had nothing interesting to say about the circus. At this point, Pattinson’s confessions to GQ are less shocking and more welcomed tidbits from one of the weirdest working actors in the biz. Pattinson said he sometimes makes something up in an interview, just to be able to say anything at all. We can talk all we want about how acting is emotional truth, but tell that to the man who famously said in a 2008 Chicago Tribune interview that he doesn’t wash his hair, a comment which follows him to this day.

He talked about how in early auditions, casting directors were often worried about his accent, so he’d pretend to be some dude from Michigan. “I used to always come in as a different person, an American. I’d say, ‘Hi, I’m from Michigan.’ But then I was doing an audition for Transformers 2, right after Twilight had come out, and I went in as some guy from Denver. And they called my agent and were like, ‘What’s wrong with him? Why was he doing an improv? A really boring improv?’”

Other lies he’s told throughout his life and people he’s unsuccessfully tried to become include, but likely aren’t limited to a dealer in high school who imported substances in floppy discs, a fake furniture designer with a hobby of molding tiny chairs out of clay and then sending photos of them to a designer who helps them get built, etc.

And then, of course, there was his short-lived career as a “handheld pasta” slinger, where he debuted his concept for portable pasta, which was received as a viral stunt. Only, he actually tried to make it. “I was literally in talks with frozen-food factories, and hoped that that article would be the proof of concept. My manager was like: ‘Is this really what you want to do? You want your face on handheld pasta? You know you’ve got to go to Walmart and really sell it, for potentially very little return.’”

Anyway, it’s impossible to get enough of this freak, who’s going to soon be starring as an even bigger freak: Batman in an iteration inspired by Kurt Cobain.