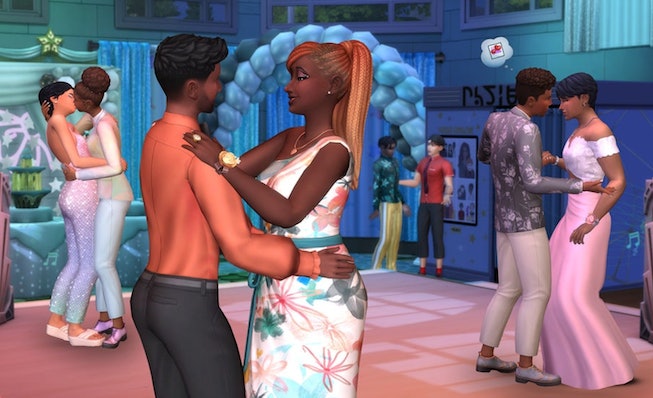 It’s been nearly a decade and countless expansion packs since The Sims 4 was released. Now, The Sims creators are working on a new version of the game that, since 2000, has let us play God with tiny people — dressing them, designing their homes, making them fall in love, and accidentally killing them. Now, you can say sui sui! to Project Rene (pronounced Renée), a sneak peek of the newest iteration of The Sims that was unveiled to the public this week, promising more opportunities for infinite customization of homes, clothing and life paths of the little people we’re so affectionately tethered to.

Project Rene was announced at Tuesday’s Behind The Sims Summit, where developers revealed. screenshots from the work in progress. So is this just The Sims 5? Probably, but it’s still only being referred to by its code name. The name Rene was chosen for its references to words like renewal, renaissance, and rebirth, "to represent the developer's renewed commitment for The Sims' bright future," according to a press release.

The Sims was always a kind of metaverse (particularly The Sims Online), and the next iteration will double down on its social opportunities by including cross-platform and cooperative play. There will be a multi-player option for build mode, enabling friends to hop in and decorate rooms together. The game will also become more cross-platform friendly. During one preview, as reported by Polygon, a Simmer was seen scrolling through the furniture catalog on their phone to fill the room before switching to PC.

The game also promises significantly more details options for building and customization, particularly for furniture. The Sims has changed significantly from its original game through The Sims 4, with technological advances enabling designers to include more details on items of clothing, like obvious patterns or textures, as well as piercings and tattoos. The newest iteration promises an unprecedented level of detail. For example, in the preview, one player manually took apart a bed to change the shape of a headboard. In another, a player could adjust the angle of a throw pillow.

The announcement comes just weeks after Maxis announced The Sims 4 will be available for free download for all users, as of October 18, making the game accessible to millions more users. The Sims 4 will also be updated in 2023 and will, crucially, see the addition of Sim babies. Woohoo indeed!

There is not yet a release date for Project Rene, but developers said they will share updates “over the next few years,” so don’t go murdering all your Sims quite yet.