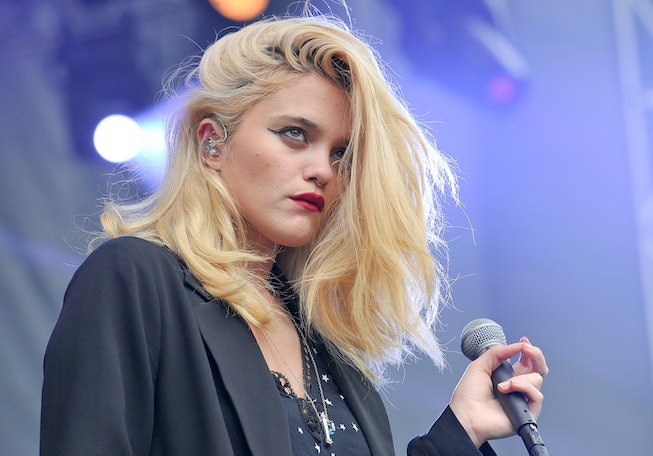 The new decade has so far been nothing short of absolute hell on Earth, but hopes of a better 2022 and all around redemption are still shiny. The latest thing to look forward to, as it turns out, is a new Sky Ferreira album. Yes, this promise has been made every year since the release of her stellar debut record Night Time, My Time in 2013, but perhaps half a decade of teasing fans is what Ferreira needed before dropping the highly anticipated follow-up, Masochism.

The singer piped up on Instagram, sharing a screenshot from Stereogum, which included Masochism as part of its 101 Most Anticipated Albums Of 2022 list. “top 5 most anticipated albums of 2022,” wrote Ferreira. “It happens every year but it’s actually coming out this time,” she added, alongside a sobbing emoji and an emoji in a state of shock as its head explodes, proving that, at the very least, she is spiritually aligned with her fandom’s psyche. Ferreira’s proclamation was met with some trepidation from fans — we’ve heard this song and dance before! — and hopefulness by others. At the very least, the singer is booked on the 2022 festival circuit, so things are looking brighter than usual.

Although Ferreira has been promising Masochism’s arrival for six years, she used the eighth anniversary of Night Time, My Time in October to confirm her new album’s release date. “NEW MUSIC RELEASE DATE CONFIRMED. let’s just say…uh… ~it comes in like a lion and goes out like a lamb~” Ferreira’s cryptic messaging is a folk proverb, which according to the Paris Review is a reference to the changing of seasons: “When March starts, it’s still winter, and by the end of the month spring has begun.”

Perhaps Ferreira will use the early months of 2022 to release new a single or two and heed another folk proverb, namely, “put your money where your mouth is.” The singer dropped her last single “Downhill Lullaby” back in March 2019, and collaborated with Charli XCX on her Charli single “Cross You Out” in August of that year; since then, it’s been a musical radio silence.

But speaking of silence, Ferreira made a statement on her music rollout — or lack thereof — in 2018: "I would just like to clarify for some: My silence should not be confused for negligence, I deeply care and put everything I have into my music. Including all of my earnings. I won't put out something that I don't stand by or the bare minimum.”

We as a society need to take what we’ve learned from the patron saint of never releasing music, Rihanna, and apply it to Ferreira; we’ll get new music when we get new music, and not a moment sooner!