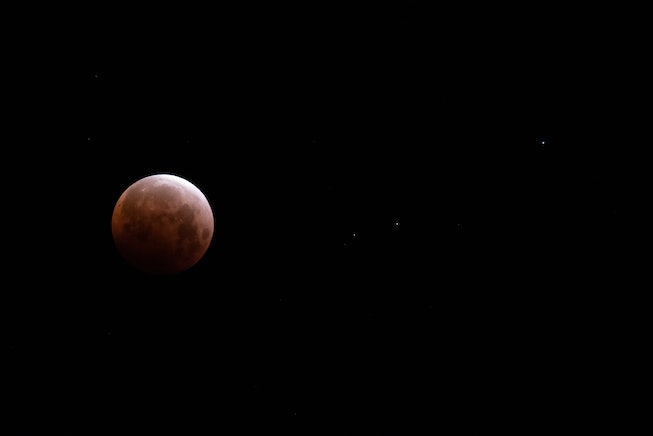 The lunar event of the season is happening on June 24, when June 2021’s “strawberry moon” will rise — the most wholesome sounding lunar event to ever grace our sweet sky. Below is everything you need to know about the first full moon of the summer.

How to watch it

The moon is set the rise just as the sun dips below the horizon on Thursday evening. It appears slightly larger than a regular moon, but scientists disagree about whether or not it can be classified as a supermoon. Regardless, it reaches peak illumination on Thursday, June 24 at 2:40pm ET, but won’t be visible until it rises above the horizon later that evening. It will appear full for about three days. You can use the Old Farmer’s Almanac moonrise and moonset calculator to see when it’s most visible in your area.

Does it have anything to do with Cancer season?

Not really, but the strawberry moon will take place in Capricorn, so maybe that will tamper some of the emotional energy of Cancer season. It also comes just days after the end of Mercury retrograde on June 22, three days after summer solstice and two weeks after the 2021 solar eclipse in Gemini, so there’s a lot of different energy going on in the sky right now.

Why is it called a strawberry moon?

According to the Old Farmer's Almanac, strawberry moon has been used by Algonquin, Ojibwe, Dakota, and Lakota peoples, to make the time when strawberries harvested in parts of North America, a relatively short season. It’s also been called the Mead Moon, the Honey Moon, and the Rose Moon — all charming options.

So will it be pink?

Contrary to the name, Nick Drake’s “Pink Moon,” isn’t about a strawberry moon, but we should all probably stop trying to take Instagram pics of the moon anyway. It’ll never do it justice.