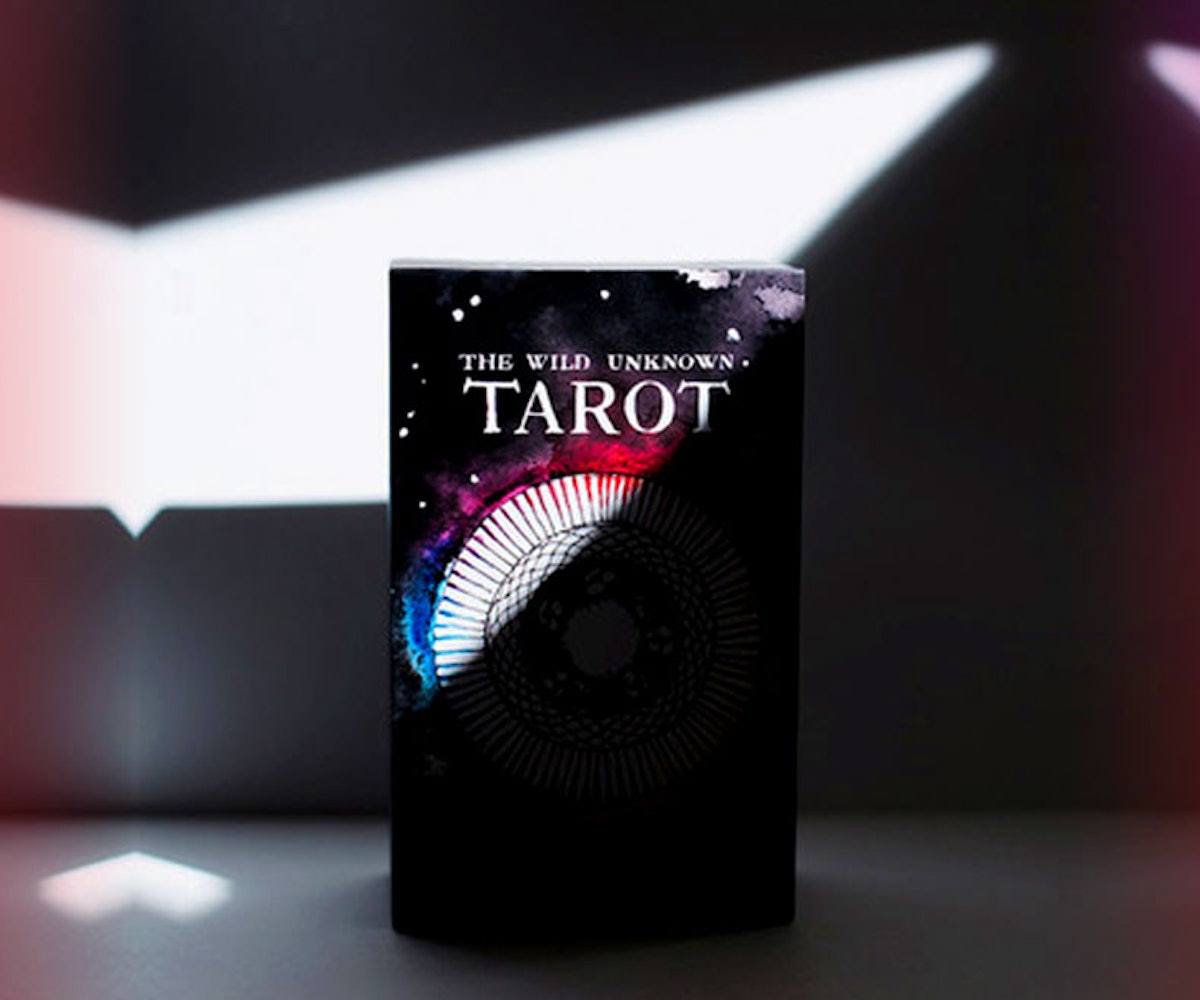 You don’t need to be a mistress or master of the dark arts to excel at reading the tarot. Heck, you don’t even need to know how to read tarot cards to have a killer collection of decks, much like that collection of impractical #PowerWitch platforms lining your closet floor that you have no intention of actually strutting out the door in. Still, learning the art of tarot-card divination is a lot less intimidating than it may seem, especially with the University of the Internet at your fingertips and sites like Biddy Tarot providing simple rundowns of the Major and Minor Arcana and a few basic spreads to get started. With so many artists and designers taking on the ancient 78-card deck’s iconography, you can tap into whatever suits your magical fancy, from the ultra-traditional Morgan Greer to the cross-cultural African Tarot, to the gothy goodness of Edward Gorey’s timeless illustrations. Ahead, 10 of the coolest tarot decks around for all your divination needs. Gotta catch ‘em all.

If you were one of the lucky ones who got their witchy hands on the first-edition deck—now, an out-of-print collectors item—you know why The Wild Unknown tarot quickly became a cult classic. Don't fret, though, you'll still be able to commune with Kim Krans' spellbinding take on the natural world through tarot with a second-edition deck available November 3.

A psychedelic, intuitive take on the Major and Minor Arcana, the Prisma Visions Tarot deck showcases not 78 but 79 beautiful, hand-drawn illustrations by renowned artist James R. Eads. That extra card—the "Strawberries" card—is Eads' own unique addition to the Major Arcana, but you can opt to order the classic, 78-card deck if you're a purist.

Hand-drawn with pen and ink and self-published by Oakland-based artist and print-maker Mary Elizabeth Evans, the Spirit Speak Tarot is truly the most Riot Grrrl deck around. Her whimsical, folk art-inspired illustrations are illuminated by occult and ritual motifs, and are perfect for the zine-obsessed.

Perfect for tarot beginners, the Tarot Mucha deck stays true to the classic symbolism of the Major and Minor Arcana, but with a strong dash of art nouveau whimsy in a tribute to artist Alphonse Mucha.

Put down the telephone, kids—you no longer need to run up your parents' landline bill to get in touch with Miss Cleo. That's right, the wacky queen of '90s daytime TV infomercials is not finished getting her slice of the pie, and we are so happy about that. Inside her "power deck" are 78 classic depictions of the tarot, but with distinct Egyptian, African, and Caribbean imagery.

One of the more interesting takes on tarot iconography, The Gay Tarot follows the Major and Minor Arcanas' stories through a more diverse, less heteronormative lens.

A magnificent ode to the master of High Magick himself, Aleister Crowley, the Thoth Tarot showcases 78 beautiful Kabbalistic and astrological attributions as described in Crowley's master opus, The Book of Thoth.

Crystal freaks, rejoice: The Crystal Tarot, illustrating the tarot through the metaphysical properties of gems and stones, is for you.

The Zen Osho Tarot combines the classic divination deck with the transcendental philosophies of Zen Buddhism in vibrant watercolors. Truly soothing on the eyes, this deck is perfect for those with unabashed hippie tendencies.

Another gorgeous take on the old-school Rider-Waite deck, the Morgan Greer deck delivers everything a newbie tarot enthusiast needs: Simple, straight-forward symbolism packed with a punch of brilliant colors and natural themes.

The Fantoid Pack by Edward Gorey

There's nowhere better to embrace Edward Gorey's constant gloom and sense of humor than in this fantastically macabre tarot deck practically made for your inner angst-riddled, goth adolescent.

Blending Europe's traditional tarot with indigenous South-African art in a bright and vibrant deck, The African Tarot features some of the most beautiful interpretations of the cards to date.