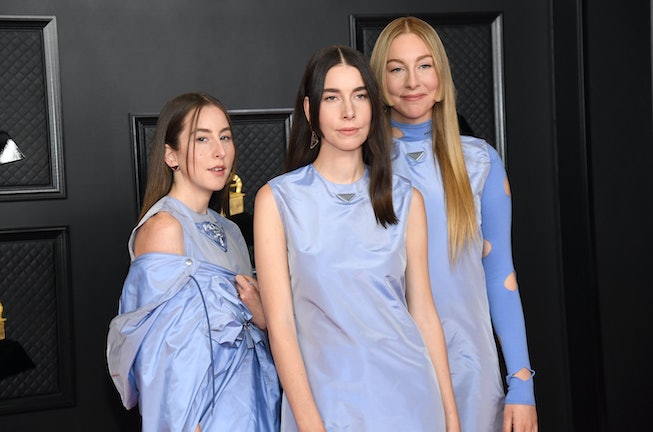 There’s a new festival in New York City — and this time, it’s climate themed. The Big Climate Thing, which will include music along with talks, will go down from September 16-18 at Forest Hills Stadium during the opening weekend of Climate Week NYC.

The Big Climate Thing is bringing big names to the stage for its inaugural event, including Haim, The Roots, The Flaming Lips, Sheryl Crow, Courtney Barnett, Princess Nokia, and Mykki Blanco, with more artists joining the roster in the coming months. The Big Climate Thing offers both single day and 3-day passes, available in both standard and VIP packages. Single day passes start at $119, while a 3-day pass pricing begins at $268 Pre-sale tickets are available on June 28, and officially go on sale on June 30. Find out more information on The Big Climate Thing’s official site.

As a single-stage event, the Big Climate Thing will mix music and climate programming, and plans to offer talks, videos, and calls to action. Big Climate Thing is working together with EarthPercent, a nonprofit launched by Brian Eno, with proceeds from the event going toward the nonprofit. EarthPercent hopes to raise $100 million by 2030, and the festival itself will be carbon-mapped in an effort to minimize its environmental impact.

“Through celebrating climate action, challenging ourselves to do more, and exploring ways to increase ambition, Climate Week NYC inspires, amplifies and provides a global platform for connection and discussion,” reads a statement from Climate Week NYC. “Through our own core events, opportunities to engage with our partners, and the Climate Week NYC official events program, we invite you to be a part of the biggest climate event on earth.”

“The purpose of the event is to serve as a unified call to action for artists, fans and the music industry itself,” a Climate Control Projects representative told Pitchfork. “The event is focused on creating an inclusive community that centres a message of climate justice. By that we mean, those least responsible for causing climate change are paying the highest price of its catastrophic effects, and that climate change exacerbates existing inequities such as income inequality, housing and food insecurity, systemic racism, and gender inequality. We also focus on progress rather than perfection with encouragement to our audience to just take the first step without worrying about getting everything 100 percent right on the first day.”