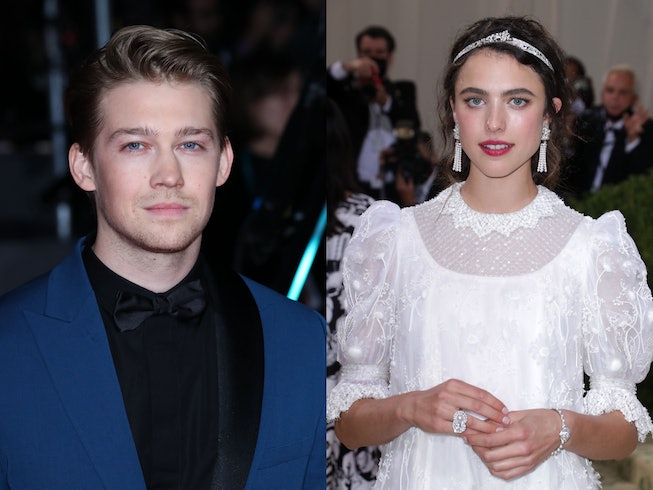 Joe Alwyn, the British actor who happens to be Taylor Swift’s boyfriend, will now be starring alongside Margaret Qualley in the new A24 film The Stars at Noon, Deadline reports. The film will be directed by French auteur Claire Denis, an arthouse and critical favorite who is known for making quietly stunning films about outcasts. The movie, based off the 1986 Denis Johnson novel of the same name, is one of the upcoming book-to-screen adaptations we’re most excited about.

It’s an adaptation of a novel

Set in 1984, the novel takes place during the Nicaraguan Revolution and follows an English businessman and American journalist-turned-prostitute who become romantically entwined, but “soon become embroiled in a dangerous labyrinth of lies and conspiracies and are forced to try and escape the country, with only each other to trust and rely on.” Drama! Intrigue! Darkness!

Denis is a fitting director for a Denis Johnson adaptation, a writer whose best known for writing indelicately about unlikable, messy people on the fringes of society, capturing their humanity and beauty in a way that’s also not exalting — which is also typically the kinds of stories A24 tells.

Casting’s been kind of a mess, but you’ll see familiar faces

A trio of thin, blond men have been taking turns at the helm of the project. Alwyn is replacing Taron Egerton, who was previously set to star but left due to “personal reasons.” Robert Pattinson was actually originally supposed to star, but had to drop out when Batman shooting was pushed back due to lockdown protocols. Alwyn, however, is free as a bird after finishing up Conversations With Friends, the highly-anticipated Hulu adaptation of the Sally Rooney novel, which also stars Jemima Kirke. It remains to be seen whether fans will freak over him as much as they did (and still do) over Paul Mescal’s performance in Normal People, the other Sally Rooney adaptation. (There’s a lot to keep track of in the Sally Rooney universe.)

Qualley, who had her breakout role in HBO’s The Leftovers and more recently, Once Upon a Time... in Hollywood, is coming off starring in Maid, the Netflix miniseries based on the memoir Maid: Hard Work, Low Pay, and a Mother's Will to Survive, about a housecleaner who leaves an abusive relationship that people really seem to love.

Stars at Noon is shooting in Panama now

Qualley repped the film alongside two photos of birds on Nov. 3 on Instagram. “‘Bird pride’ for my dad,” she wrote. “And then this little guy was sweet too. Panama. Stars ✨ 🌟 💫 at Noon.” Prepare for more Panama photos — and potential birding inspiration — as filming continues.