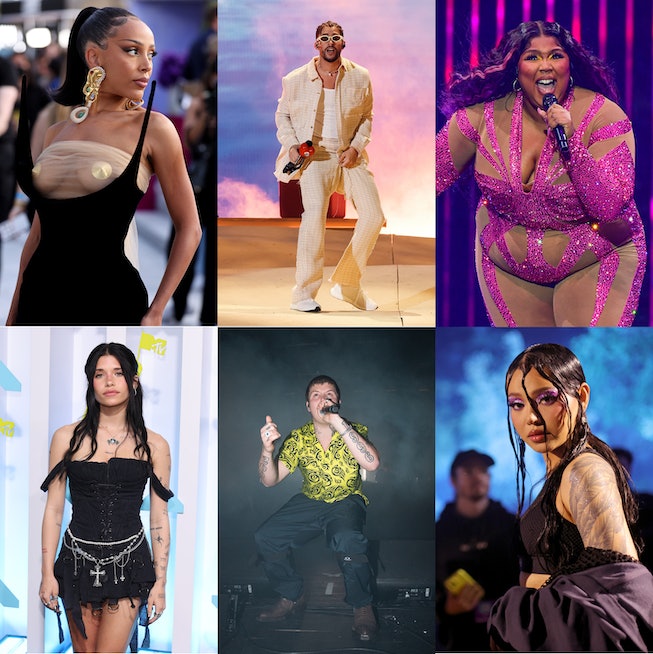 You can’t talk about TikTok without talking about its monumental effect on the music industry: It’s created stars, hits, and countless viral videos that propel unknown and well-known musicians into new, unseen dimensions of fame — trends which only continued throughout 2022.

TikTok released its annual Year on TikTok report on Tuesday, capturing the trends and talent that defined the year. This year, TikTok users injected new life into old songs — like breaking into a dance during the breezy chorus ofWILLOW’s “Wait a Minute!” or doing virtually anything to Kate Bush’s omnipresent “Running Up That Hill (A Deal With God).” How beautiful is it that we live in a world where “Jiggle Jiggle,” a rap created more than two decades ago by documentary filmmaker Louis Theroux, can be resurrected to become a popular dance?

TikTok creators also helped launch new artists like Luclover and Armani White to fame — but nobody had a more symbiotic relationship with TikTok than Nicky Youre & dazy, whose earworm hit “Sunroof” found a home on the platform as the top track of 2022, and was used in a whopping 8.9 million videos.

While TikTok’s top tracks run the gambit from newer artists to those of already-stratospheric fame, TikTok’s top artists more closely follow Billboard charts, with megastars like Lizzo, Selena Gomez, and Bad Bunny topping the list — but there are also artists who cut their teeth on the #fyp, like Bella Poarch and Nessa Barrett, who ranked higher than even Billie Eilish. That’s the power of TikTok; it’s a musical ecosystem in and of itself.

Read on for TikTok’s full top 20 U.S. songs and artists.