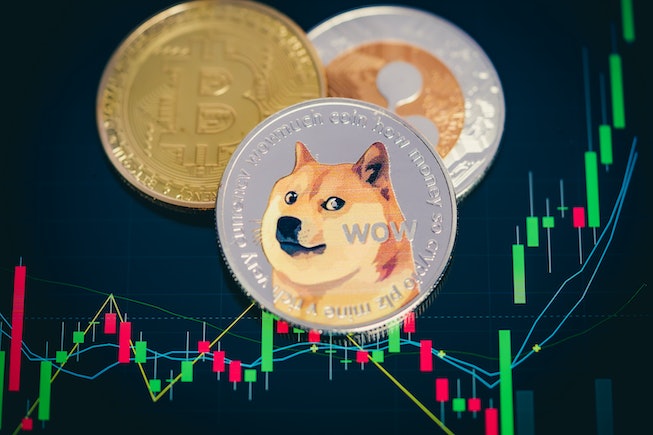 Day traders, your TikTok glory days are over. The video app banned influencers from promoting cryptocurrency on the platform on July 21, citing increasing cases of fraud and scams among its users. The ban extends to promoting loans, credit cards, foreign exchange, buy now and pay later schemes, and trading platforms. Financial services companies will still be allowed to advertise to people over the age of 18, though TikTok already prohibits ads relating to cryptocurrency.

Since the Bitcoin craze has reached new and bonkers heights this year, crypto-trading companies have been paying celebrities to advertise cryptocurrency. Given the riskiness of crypto investments, this can motivate young, naive investors to take huge financial risks in order to grow their money quickly — which can also lead to big losses.

Last month, Kim Kardashian West posted an ad to her Instagram story for EthereumMax, writing: “Are you guys into crypto???? This is not financial advice but sharing what my friends told me about the EthereumMax token!” And TikTok influencers like Charlie D’Amelio, Jake Paul, and MrBeast have also posted paid ads for cryptocurrency.

Despite the ban on crypto promotion, unregulated financial advice — both legitimate and otherwise — will still find a home on TikTok, with hashtags like #fintok at 428 million views and #stocktok at 1.4 billion views.