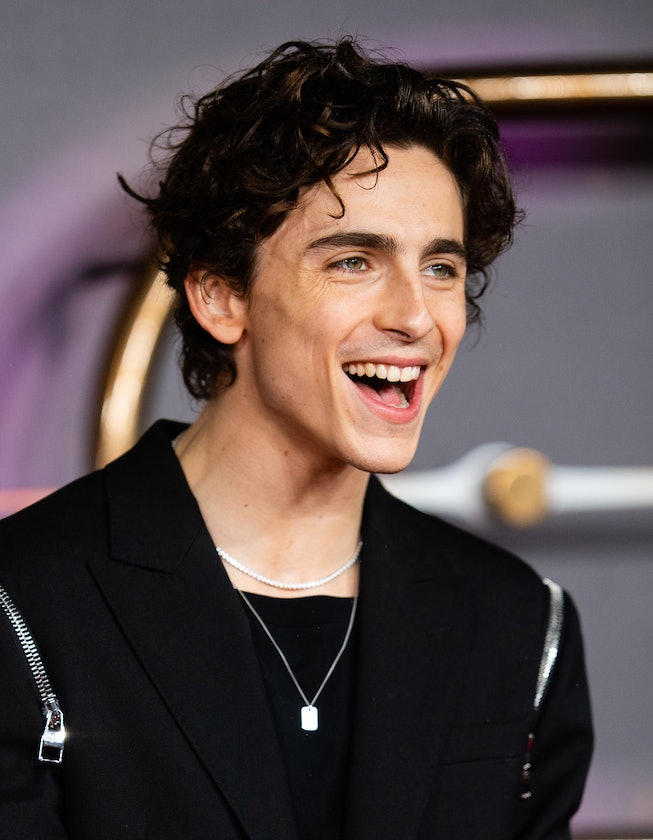 Timothée Chalamet might be the biggest star in Hollywood right now, starring in both Dune — which premiered as a bonafide box office hit despite also being on HBO Max — and Wes Anderson’s latest quirked-up feature, The French Dispatch. (The range!) But in a new interview, he unequivocally showed us he’s just like all our little brothers.

The 25-year-old actor nerded out hard in an interview with internet personality Nate Hill where he spoke about his gamer lifestyle, including a love for Call of Duty, Luigi’s Mansion, Super Smash Bros., something called a 10 prestige modded, and — most crucially — how he had a YouTube channel with the handle ModdedController360, where he offered custom paint jobs of XBox 360 controllers, of which he’d charge people $10. This entrepreneurial spirit netted him three whole clients.

Yes, 11 years ago, in the height of his middle school twerp years, Timmy was just another tween trying to make a buck, posting three videos of him showing off his controllers, including a tiger-striped controller, a blue and silver controller and even a Christmas-themed controller. (Wholesome!) The account has 22,800 followers although its unclear how many of those came in the wake of the interview. In one video, he, wearing argyle, shows off his red and black “tiger” controller, where you can hear a voice going through the throes of puberty explaining the controller’s sexiness.

On a personal level, the gamer reveal cracked the longstanding code on my personal feelings of confusion about how I’m not attracted to Chalamet. But this pretty much cleared everything up: He’s a headset-wearing, mod-creating little brother who probably gets a little too mad when he loses in Super Smash Bros. and once you see that, it’s hard to unsee it. If I saw him in person I wouldn’t so much swoon as want to pinch his little cheek, and this dweeby interview only confirms that impulse. At the same time, it’s refreshing to see an actor who loves to show off his fluency in French and who is so often lauded for his delicate beauty, just seem like a standard dude, and it makes him more likeable.

The interview came just days before Vice published their investigation into Chalamet’s X-Box modding YouTube channel, where they went as far as to compare the fabric in a chair posted in one of his to the chair in the mod YouTube channel, only to get scooped by the actor himself.

Watch the full interview, below. Just be warned it make cause you to lose your Timmy crush.