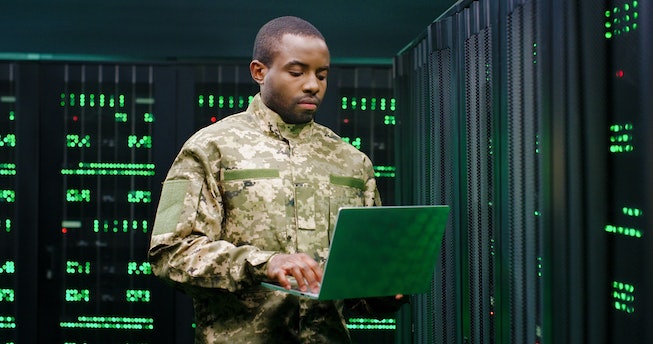 The U.S. Army doesn’t just want you: it wants your birth chart. Among posts of soldiers on the monkey bars or holding a gun in a field of wildflowers, the U.S. Army shared a cursed post that determines which roles you’d be best fit for in the military based on your astrological sign, as part of a new and confusing recruitment tactic.

Based on the cursed post, a driven Capricorn is apparently best fit to be a “Human Intelligence Collector,” the path that best fits their “smarts,” while a sensitive Cancer is well-suited to be in Field Veterinary Service. A Pisces is destined to become something called a “Jag Corps Attorney,” due to their “passion for helping people.”

The post is the latest in a series of what appears to be the Army shaking up its traditional recruitment techniques. In May, the U.S. Army shared a series of animated videos, one of which featured a soldier who was raised by two moms, which received backlash from Senator Ted Cruz.

But based on the comments on the astrology post, it looks like we’ve finally found something people on all ends of the political ideological spectrum can agree on: There’s something at best awkward and at worst sinister about the U.S. Army using astrology as a recruitment strategy, or talking about astrology at all.

Comments include: “please no,” which garnered 1,663 likes, “stop with this woke nonsense,” “So i think it’s confirmed that a 13 year old girl is running the US Armys page,” and “So y'all DESPERATE desperate.” The best comment puts it concisely: “why.” Another user asked if next, the Army would create a post explaining the best careers for people based on birthstones — which we probably also do not need.

Anyway, happy Gemini season, which we can thank for this chaos!