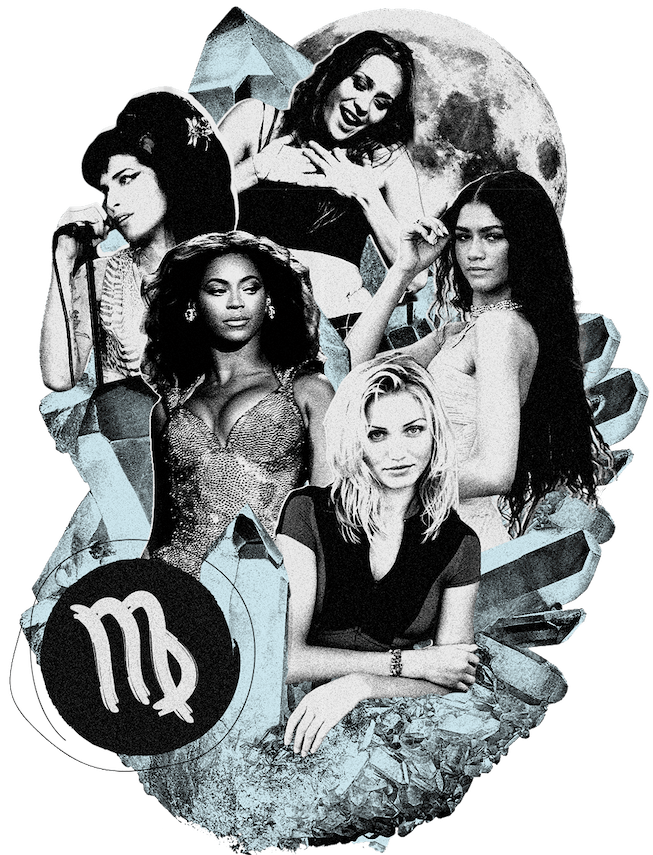 Before Elizabeth I launched England into its golden age, she was a naive, underestimated 25-year-old, who would endure gendered attacks to her name, persistent assassination attempts, and, perhaps worst of all, a barrage of limp-d*cked suitors. And so the Virgo empress embraced the archetype of her sign — the Virgin — choosing herself above all others: “I will have one mistress here,” Cate Blanchett hisses at Joseph Fiennes in Elizabeth, “and no master!” By the time she ascends, as the self-appointed virgin queen, Elizabeth’s enemies have been slain, her f*ckboys brought to their knees, and her country primed for a new golden age. Assuming the throne, Leo’s calling, is just the first step. The real work, Virgo’s job, is to set the terms of your rule.

Could Shania Twain have known, in the writing of “That Don’t Impress Me Much,” that she was penning the war cry of her sign? Twain, like the queen, understood a secret long lost in a world of instant gratification: By consolidating power, by holding on to what’s yours, and by saying no, you can have everything. The virgin archetype, before it became a tool of patriarchal moralism, signified an ownership and dedication of the body as a divine vessel. As marriage — to man or to God — became her battlefield, the virgin bride determined where and how her gifts would be received. This negotiation, and declaration of one’s worth and desires, gives Virgo its footing, its power, and it’s self-definition.

Fiona Apple may be the greatest musician of her generation, largely through her acts of dissent. “This world is bulls**t,” Apple said, in her acceptance speech at the 1997 MTV Music Awards, setting fire to her manic-pixie ingenue image. “Go with yourself.” In her cataclysmic break from the mainstream, and in the privacy and personal ownership she still holds over her work and personal life, Apple has retained and reaffirmed the fortitude of her own identity. Similarly, when Fashion Police panelist Giuliana Rancic commented in 2015 that Zendaya’s locs made her look like she smelled “like patchouli oil or weed,” the retribution was swift, articulate, and decisive. “I don’t usually feel the need to respond to negative things,” the Disney channel starlet wrote on Instagram, “but certain remarks cannot go unchecked.” A line had been drawn in the sand, and a generational icon had been born.

“Stay the f*ck up out my business,” Ludacris aptly affirmed in “Rollout.” The construction of boundaries makes Virgo whole, and wholly impossible to know. When was the last time you saw an interview with Beyoncé, or, really, anything Beyoncé didn’t specifically want you to see? Virgo sits at the gateway between inner possibility and outer expression; formed of the body of the lion (Leo) and the head of the goddess (Libra), the sign’s avatar is the sphinx. “Video et taceo,” Elizabeth I often said. “I see and keep silent.” By affirming her artistic prerogative to privacy, Beyoncé has secured herself an eternal allure. To serve as a living representative of ideas, she must retain strict self-definition or risk losing her point of view to the masses. In declaring her own selfhood, on her terms, Beyoncé enables herself to speak on gender, race, and ultimately, a shifting cultural paradigm. But to do so, she must ascend beyond the indignities of mortality, essentially recusing herself from humanity. Beyoncé can only be aspirational, but not relatable.

Burdened by such a superhuman standard of perfection, a Virgo may lose themselves in the editing room; that last look in the mirror before stepping out could take hours. What if they never arrive? The world, as Garbage’s Shirley Manson once belted, is not enough. But to live in it, Virgo must learn to compromise for the sake of action, or else they may wait in the wings until the end of time. “My whole life was an almost,” says Lenu, the narrator of Elena Ferrante’s My Brilliant Friend series, who wastes her life in comparison to her radiant, decisive Leo frenemy, Lila. “Behind all these ‘almosts’ I seemed to see how things stood.”

Perhaps Virgo’s greatest calling, then, is knowing how to make an entrance — and an exit. Never having acted before, Cameron Diaz snatched instant immortality when she debuted, in a red midi dress, amid a roar of saxophones, at age 21, in The Mask. Two decades later, by the time she had become Hollywood’s highest-paid actress over 40, Diaz walked away to cultivate new opportunities. That gift of discernment has given Molly Shannon the most interesting career of all her SNL castmates — by affirming meaningful roles with the right collaborators, she has avoided the factory-line, high-paying shlock of some of her peers. Like her fellow Virgo and White Lotus co-star Jennifer Coolidge, Shannon knows how to choose her moment.

To lose that ability to set the terms, in Virgo’s view, is to be subsumed. Michael Jackson and Amy Winehouse both attained perfection in their work, at the cost of their own freedom. Jackson, who had been worked by his family from the age of 6, compromised his selfhood for global immortality. The price was Jackson’s own self-perception, and the consequence was a Dorian Gray reverse-effect: he aged into something else entirely, while his music remained immaculate.

Even the most visible Virgos are outsiders. You have to step away from the big picture to understand your role in it. For all its focus on selfhood, Virgo’s ultimate realization is its smallness in the wheel of fortune. For those who can’t realize their place, who indulge in the outsize definitions of their fans, sycophants, and profiteers, expect abuses of power and delusions of grandeur: Make Charlie Sheen the highest-paid actor on TV, in the role of a so-called lovable low-life, and he’ll lose himself in the part.

But those Virgos who can embrace the limits of their power and give their ego direction will be of the greatest service to those around them: Marsha P. Johnson, standing for the abject and disavowed, at a time when the gay community would not accept trans women within its ranks; Bernie Sanders, devoting himself to economic reform, in a political system built against change. For his work as the stealth trans androgynous messiah of The Matrix trilogy, Keanu Reeves earned about $250 million. Recognizing that the franchise’s success was a group effort, he gave up “a sizable back-end deal” for the two sequels to ensure the special effects and costume design teams would get a bigger payday instead — absolving himself of fame’s false godhood. He is just one of many, after all.

At the midway point of the zodiac, Virgo is the last of the “personal” signs, before we reckon with the messiness of partnership, family, and society — the business of Libra through Pisces. The human deluge will render us but a drop in an ocean, but for a brief moment of perfection, Virgo asserts the power of an individual body. The mortal coil is Virgo’s temple, its last battleground, and its site of metamorphosis. They are the high priests, embodying and wrestling with elemental forces: Florence Welch, standing at the gates of a Piscean ocean, reckoning with her empathy and her sobriety; Keith Flint, proclaiming himself the Firestarter, the antichrist come to burn through the lies of Margaret Thatcher; Rose McGowan, laying waste to Harvey Weinstein’s church of violation; and the flamboyant singer Sylvester, consecrating his body as a channel for sex, love, and the liberation of disco. This is Virgo’s highest calling: to give form to the indelible.

NEXT UP
Astrology
Get To Know Aquarius, The Certified Freak Of The Zodiac
Astrology
How to Use Astrology to Access Past Lives
Astrology
Your February 2023 Horoscope Is A Breath Of Fresh Air
Astrology
January 2023’s New Moon In Aquarius Is All About The Big Picture
Style + Culture, delivered straight to your inbox.

This article was originally published on Aug. 23, 2021