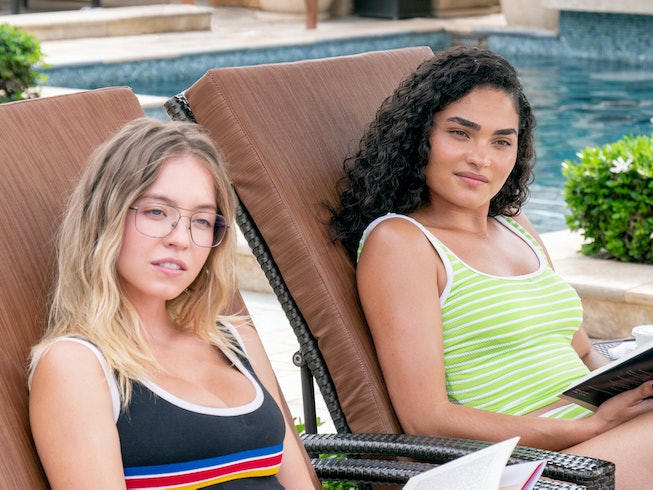 Set in the problematic idyll of Hawaii, Mike White’s The White Lotus unites a cast of opposites over the divides of class, race, and gender roles. And though the discourse of the series feels new, the binaries it unearths scale back to ancient archetypes, through the polar narratives of the zodiac: Twelve signs, six months apart, destined either for internecine conflict or deep union. As White’s class conflict builds to a volcanic climax, we survey its cast through the original divides of the cosmos.

From the first boat ride to the resort, everybody remarks on the newlyweds. Young and beautiful like the toppers on a wedding cake, Shane and Rachel perfectly fit the Libran fantasy of harmonic and happy relationships. But how much of yourself must you compromise to fit an ideal? Rachel’s identity crisis speaks to every Aries’ worst nightmare: if you give yourself to another, what’s to stop you from losing your individuality? At least Kitty, Rachel’s mother-in-law, knows the rules of Libran engagement, explaining that every relationship involves compromise, strategy, and advantageous thinking. Is Rachel too independent for this lifestyle, or does she just not have what it takes to play such a high-stakes game?

What do we own? Who owns us? A Taurus defines themselves by what they possess, while Scorpios stake their power over the people they control. Bred for a life of overblown abundance, Shane believes that the world belongs to him. Is that so wrong? Armond, meanwhile, must maintain such a fiction, not just for Shane, but for every guest in his tropical matrix. Like fellow Scorpio RuPaul, Armond must make all of his players feel like stars, even when they’re no more than pawns. The homoerotic face-off unleashes the worst of both signs: Shane doubles down on Taurus’ rigid sense of entitlement, while Armond thrusts himself into a dramatic, burn-it-all-down crisis, forcing a climax as only a Scorpio can. This should end well.

“What’s your system of belief, Olivia?” Nicole asks her daughter, in a heated face-off over race and revolution. “Not capitalism, not socialism. So, just...cynicism?” Indeed, though Olivia can speak to her most vaunted beliefs, she is still governed by her actions in the present. As Olivia nearly sabotages Paula’s love affair, she falls for Gemini’s most damning challenge: How does what you do contradict what you say? Meanwhile, liberated from his Nintendo and awakened to a life of possibility, Quinn embarks on a Sagittarian fantasy ride, fueled by youthful optimism and naivete. Olivia may not be able to reconcile her societal beliefs with her lived experience, but Quinn feels entirely ready to sacrifice the real for the ideal. Why not pick up an oar and leave it all behind?

At the summer-winter polarity of the zodiac, the drive for survival comes in two forms: emotional (Cancer) and practical (Capricorn). Like a crab without a shell — and without its mother — Tanya wanders the resort in search of security, nourishment, and some semblance of kindness. “I’m a very needy person and I’m deeply, deeply insecure,” Tanya admits. Oy! Meanwhile, Belinda slogs through Capricorn’s mud and barbed wire, at once exhausted and dazzled by the possibility of financial independence and true success. How long can Belinda smile through it for the possibility of changing her circumstances? Seeking their prize at any cost, both women may promise more than they can deliver. But Cancers and Capricorns are defined by their tenacity — don’t expect either of them to give up.

Risking her ethics for a free ride to a colonialist resort, Paula finds herself dazzled by the unencumbered Kai, eventually recruiting him as her vehicle for reclamation, liberation, and rebellion. To Paula, so trapped in the Aquarian realm of the intellectual and ideological, Kai serves as an avatar of Leonine embodiment — he lives her beliefs! Kai, in Leo’s authenticity, doesn’t realize he’s been cast in a role, and Paula doesn’t understand that big-picture ideals have real-life consequences. Aquarians need Leos to serve as the face of their revolution. But there’s only one way to learn that every battle has casualties.

How does your role define you? After compromising everything to keep her family intact, Nicole keeps a tight grip on control — of her work, her vacation, and the supposed equilibrium of her life. Virgos may make it too easy, but in their mania for order, they’re just trying to establish some semblance of clarity: This is what I do, and therefore, this is who I am. Meanwhile, Nicole’s husband can’t grasp any sense of self, as he careens through a new identity every day. Adrift in the Piscean spin cycle, with no rules or role to stabilize him, Mark threatens to subsume the structure of his marriage. But, in awakening to the ocean of his feelings, Mark is able to connect to his wife and son, and imbue the picture of his family with real meaning. Sometimes, boundaries should be broken.