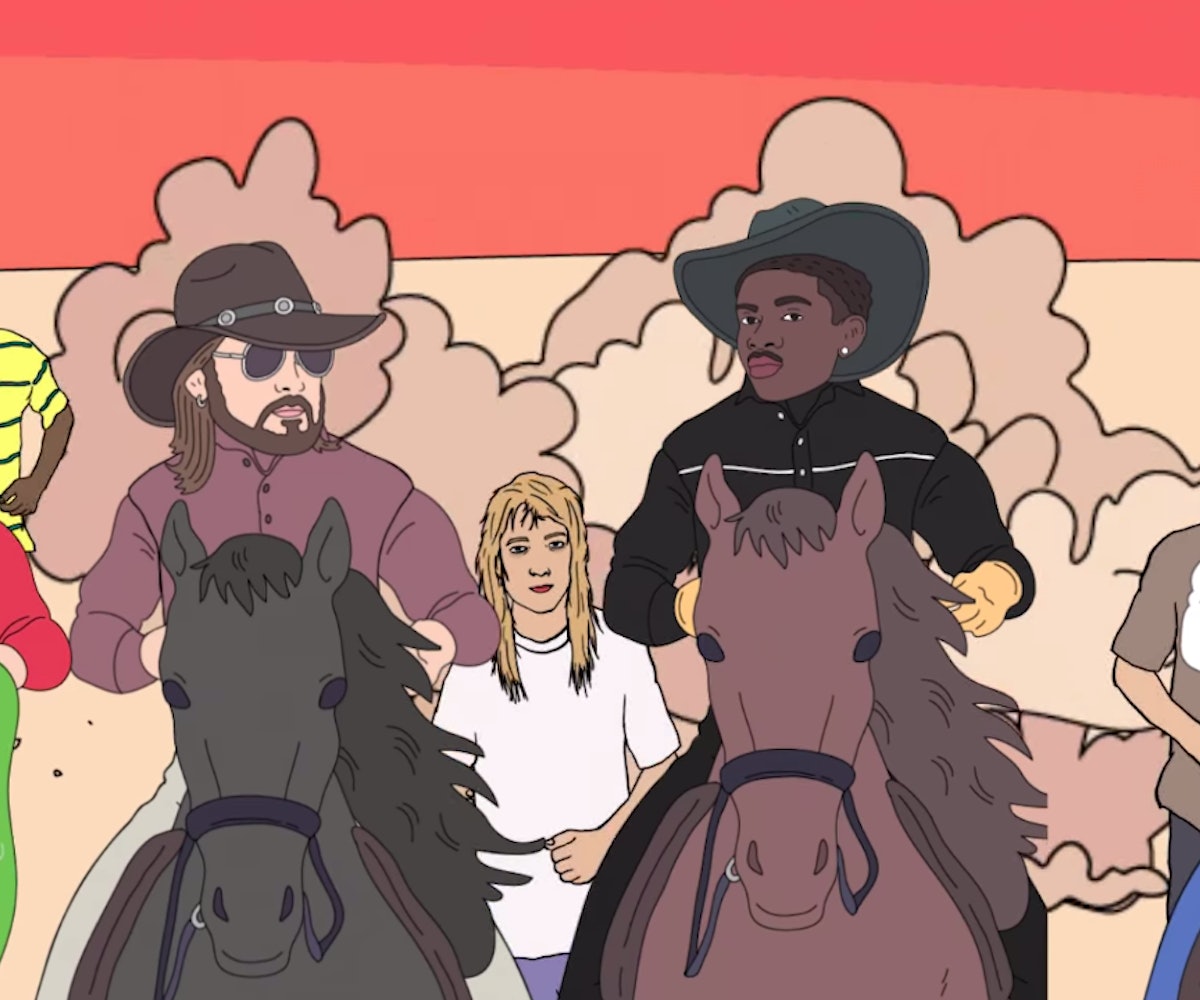 Lil Nas X is still riding down that "Old Town Road." Today, he released another installment of the viral hit—an animated video to accompany his recent remix, featuring Mason Ramsey, Young Thug, and Billy Ray Cyrus, in which their cartoon likenesses storm Area 51.

Nas has proved himself the king of the internet time and time again. This time, he latched onto the current ludicrous viral Facebook event in which over one million people have shared plans to meet at the U.S. Air Force Base, an area of interest for alien and UFO enthusiasts. The music video for the remix is centered on the premise of storming the base.

In the video, the four performers ride in on horseback to chill with the aliens. This is hilarious in itself, but the animated cameos are the icing on top. Even if you don't watch the entire video, please do yourself a favor and view this clip of Keanu Reeves doing the Naruto run, the manga-inspired style of running with arms outstretched backward and torso forward, into Area 51, which one fan cropped and shared in response to Nas' remix tomfoolery.

Speaking of requests for remixes, I would like to cosign Nas' request for Dolly Parton and Megan Thee Stallion to hop on the track. To be fair, if Parton and Megan wanted to do anything together, I wouldn't complain.

Until those icons decide whether or not they will bless us with a remix, watch the animated video for the latest version of "Old Town Road," below.