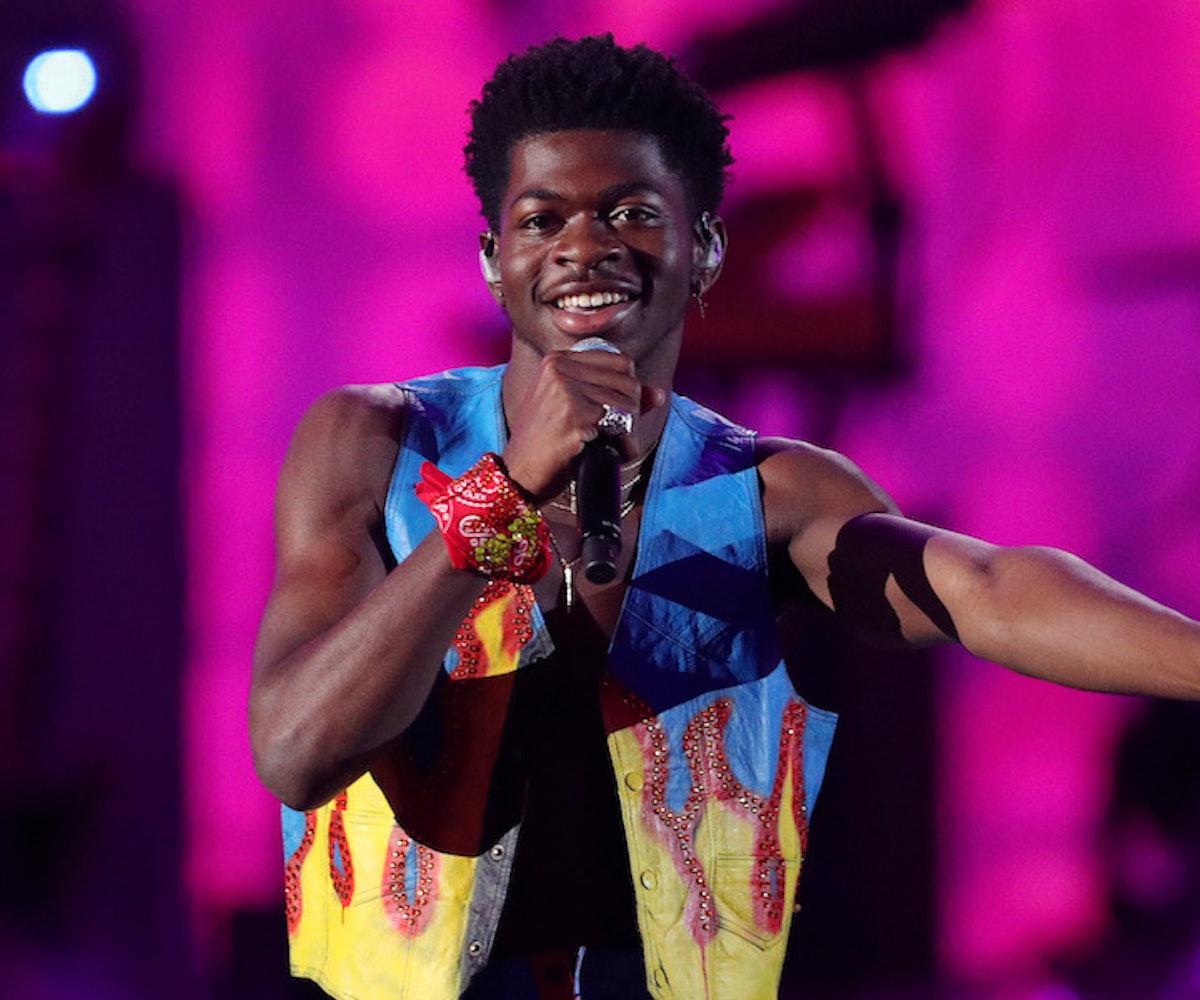 If you thought the hype surrounding "Old Town Road" had died out, you're wrong. Lil Nas X is still setting the bar higher and higher for viral songs, and as of Tuesday, he's officially sold 10 million units—achieving diamond status—in a record amount of time. Per Billboard, Nas' smash hit was also the first song to be certified diamond in 2019 so far.

The list of songs certified diamond is packed with specific nostalgia: Carly Rae Jepsen's "Call Me Maybe," Black Eyed Peas' "I Got A Feeling," and "Thrift Shop" by Macklemore and Ryan Lewis are among the short list of songs that have achieved the high status. In the future, perhaps we will recall "Old Town Road" with the same wistful amusement as these songs from years past.

Earlier this year, "Old Town Road" managed to stay atop the Billboard Hot 100 chart for a whopping 19 weeks. In doing so, Lil Nas X broke a record previously held by Mariah Carey and Boyz II Men's "One Sweet Day" and, of course, "Despacito" by Luis Fonsi and Daddy Yankee featuring Justin Bieber, both of which maintained the top spot for 16 weeks. Had it not been for the rise of Billie Eilish's "Bad Guy," Nas may have stayed on top for longer. At the time, the artist joked that he had been dropped from his label when the record-breaking reign was over; obviously, that wasn't the case. Number one or not, "Old Town Road" is still reaping plenty of reward.