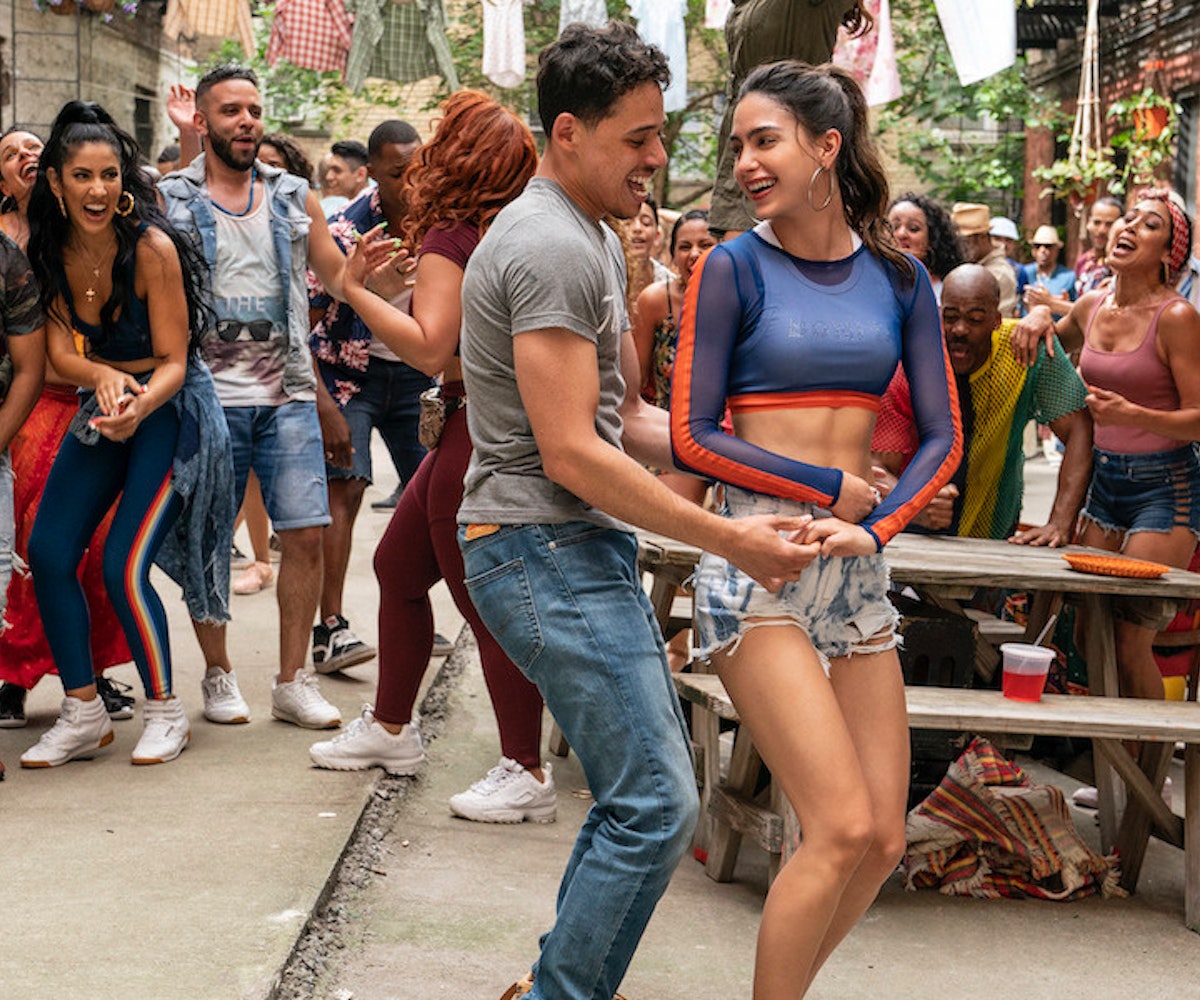 If you haven't stopped rapping along to the Hamilton soundtrack since it first dropped, there's about to be a new movie for you to obsess over. Alongside Crazy Rich Asians director Jon M. Chu, Hamilton creator Lin-Manuel Miranda has transformed his Broadway breakout musical — which he created 10 years before the Alexander Hamilton-inspired hit — into a larger-than-life In The Heights film, due for June 26 release. On Thursday, the first official trailer was released, offering a view into the musical world Miranda created in Washington Heights, New York City, in 2005.

Anthony Ramos — Lady Gaga's lovable best friend from A Star Is Born— stars as Usnavi, a "magnetic bodega owner... who saves every penny from his daily grind as he hopes, imagines, and sings about a better life," per the film's synopsis. At the top of the trailer, he's telling "the story of a block that was disappearing" to a group of young children in the Dominican Republic, adding, "The streets were made of music." It's then that Miranda's music bursts forth, with electrifying dance numbers and poignant nods to the economic hardship that will underscore the storyline to come.