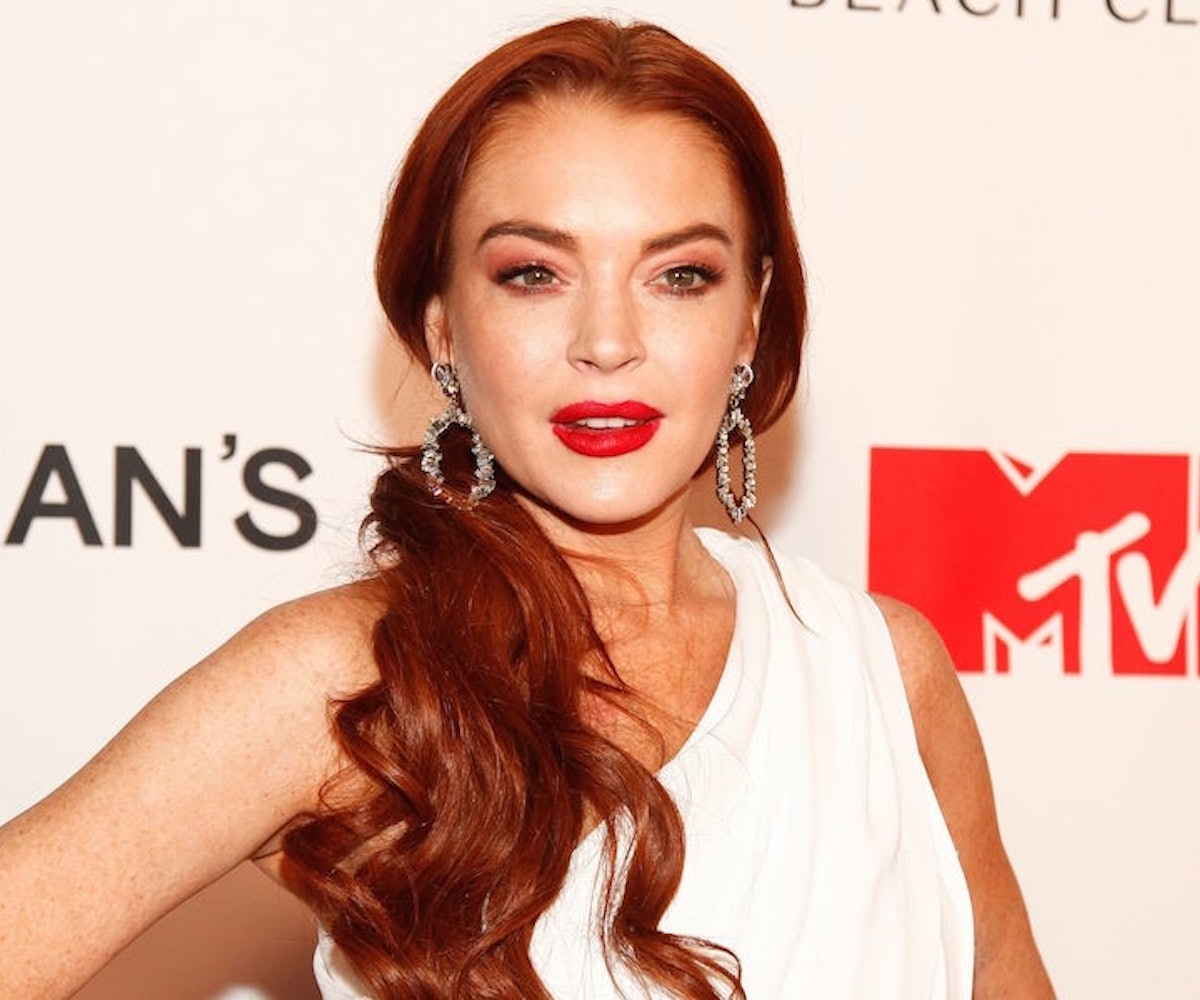 Following a leaked snippet of the new Lindsay Lohan tune circling the internet earlier this month, LiLo herself just posted an extended version of it, along with a behind-the-scenes video that shows her dancing along to the track with choreographer Alex Mugler. Can we get a tour too, pretty please?

The clip builds off of what we've already heard from the first video, beginning with the first verse: "I don't like the parties in L.A., I go home/ In a bad mood, pass out, wake up alone/ Just to do it all over again, oh/ Looking for you." Later, in what seems to be the chorus, Lohan sings, "I got social anxiety, but you're like Xanax to me, yeah/ Social anxiety, when you kiss me, I can't breathe."

Back when the first clip was making the rounds on Twitter, Jesse Saint John confirmed to be the songwriter behind the track. The forthcoming track will mark Lohan's first musical release in 11 years, and her pivot back to music following the cancellation of Lindsay Lohan's Beach Club. To be fair, I've already forgotten about Mykonos now that we could have "Rumors" 2.0 on the way.