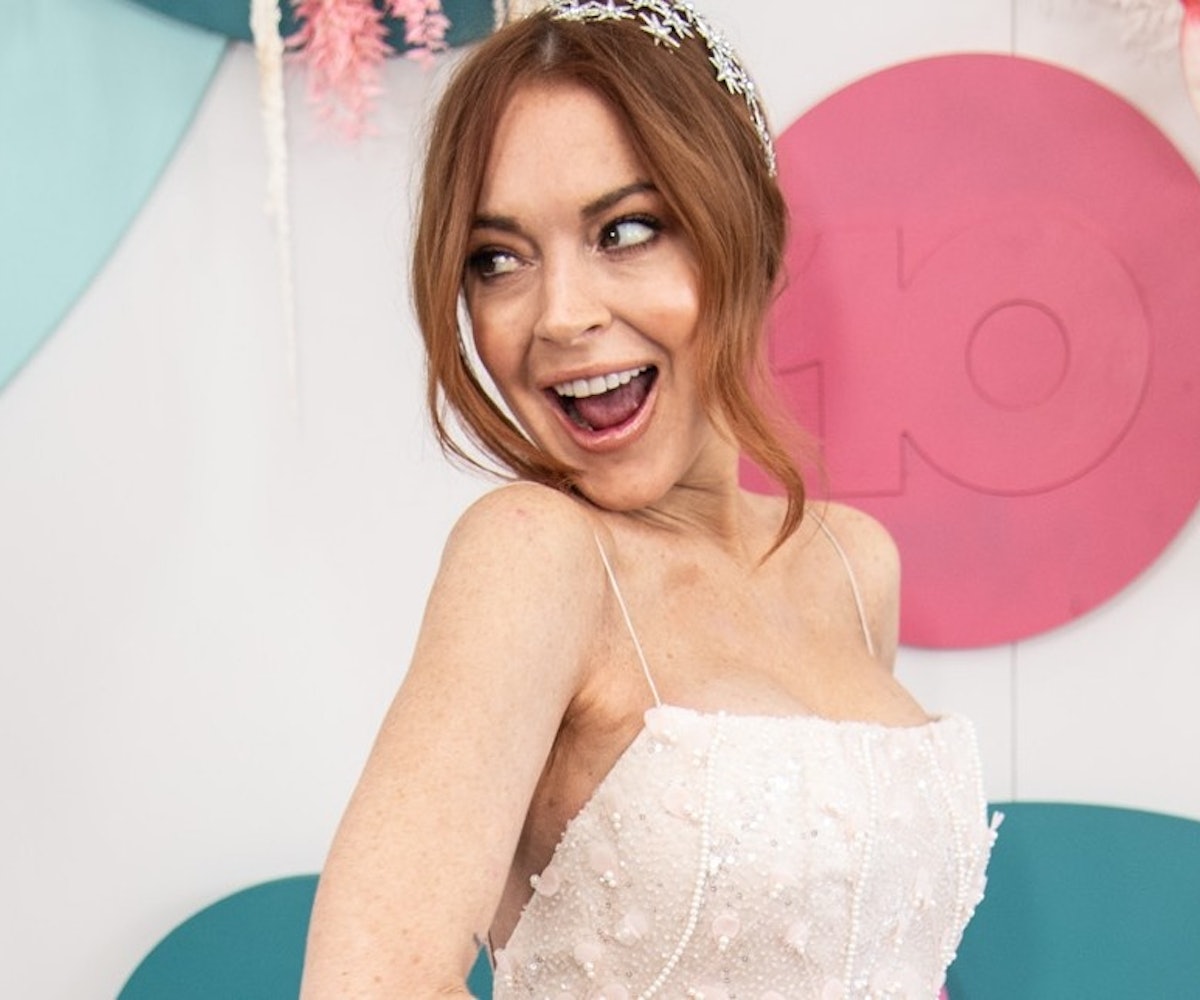 It seems like Lindsay Lohan has moved on from Mykonos, and moved back to music. The singer and actress teased her long-awaited comeback on Tuesday by sharing a cryptic thirty-second video on YouTube titled "I'm back! 👀." Following the link in the video description will allow you to presave the forthcoming new single on Spotify, though, it sadly doesn't provide any more information about the new release.

Lohan's thirty-second teaser is a paparazzi-esque compilation of all her most recent viral moments, including the unforgettable clip of her dancing at her Mykonos club, which was shut down in 2019. Opened in 2018, the club was the focus for her short-lived MTV reality show, Lindsay Lohan's Beach Club. Prior to Beach Club, Lohan appeared in various films and released an 8-part docuseries titled Lindsay for Oprah Winfrey's OWN network in 2015, though she largely kept a low profile. In June 2019, Lohan made her first moves back to music and signed to Casablanca and Republic Records, according to Page Six. A few months later, a snippet of a new song called "Xanax" premiered on The Kris Fade Show on Virgin Radio Dubai. It's unconfirmed yet if the forthcoming single announced on Tuesday will be "Xanax."

Watch her new teaser below.