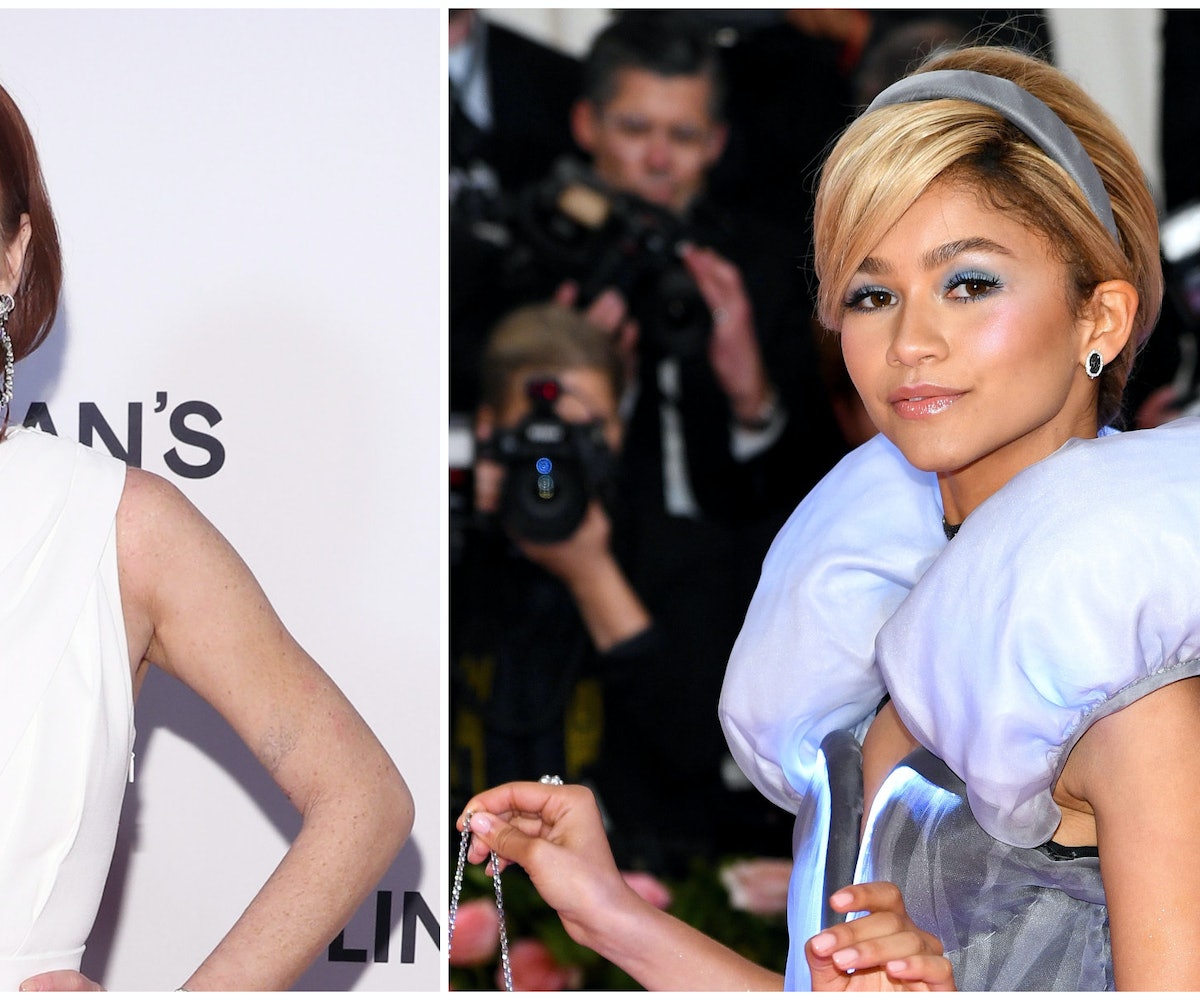 Linsday Lohan was not a fan of Zendaya's Cinderella-themed Met Gala look, which involved her longtime stylist Law Roach "magically" transforming the Tommy Hilfiger dress into a light-up masterpiece. According to Lohan, Zendaya was copying Claire Danes' Met Gala look from 2016.

Lohan happened across an Instagram post praising Zendaya's campy look and took to the comments section to give her two cents. "Claire Danes did this with @ZacPosen already," she said in a comment, followed by a crying emoji.

In another comment, she tagged Danes' Instagram to tell her that she much preferred her look to Zendaya's. "You wore this dress so beautifully," she wrote. "I don't know why someone thinks that they can be more chic. Ever."

Though, yes, both of the dresses were blue and lit up, they were actually very different. Danes' Zac Posen dress glowed in the dark, and, though it did look very princess-y, she wasn't actually dressed as Cinderella. The theme for 2016's Met Gala was "Manus x Machina," so her dress was meant to be futuristic.

Lohan also must not have scrolled to the end of the post she left comments on, which showed the performance that Zendaya and Roach put on. Danes and Posen definitely did nothing of the sort.

In our opinion, both Danes' and Zendaya's dresses were gorgeous in their own right and should not be pitted against each other.