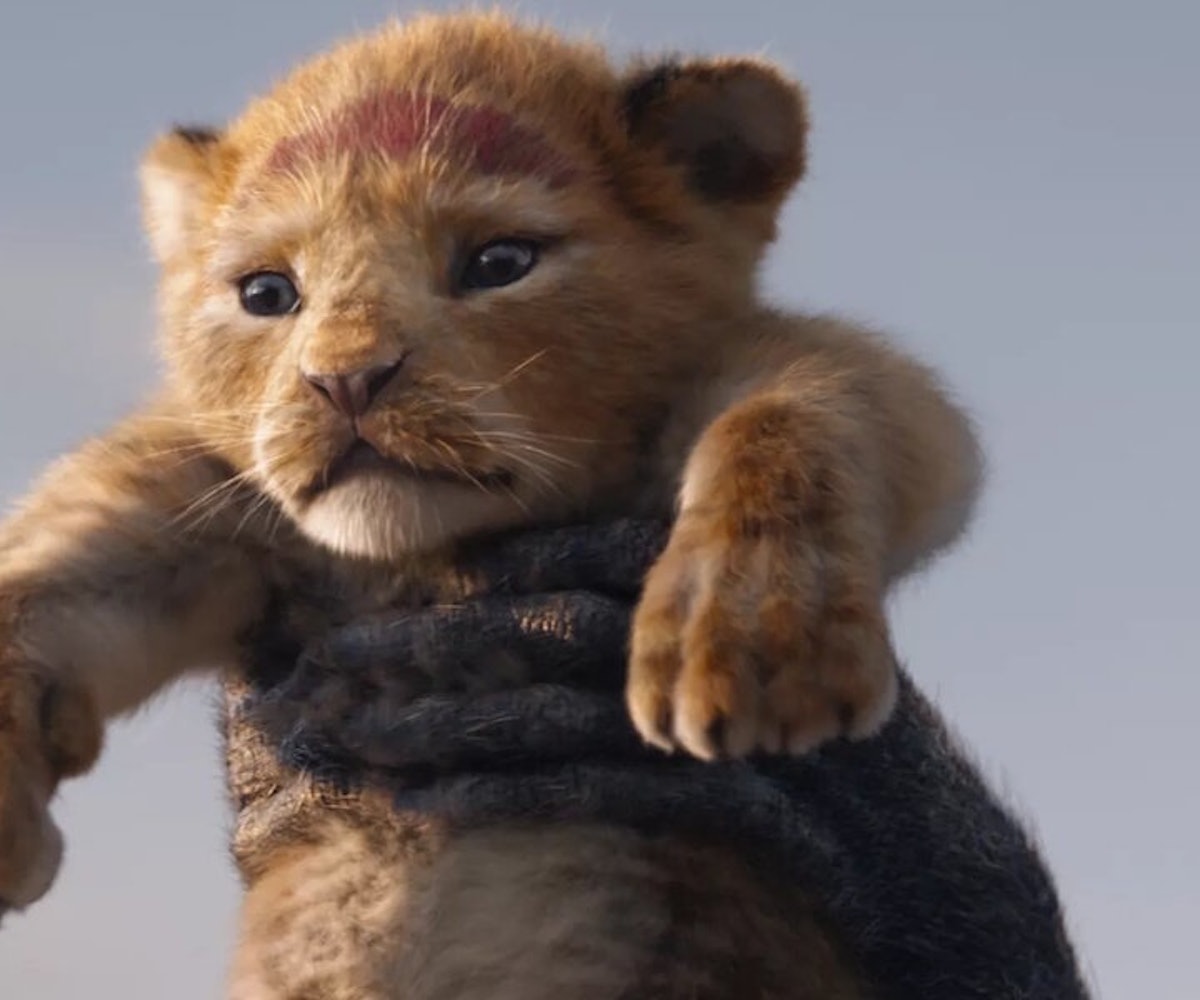 A new clip from The Lion Kinghas been circling the internet, and no one seems to be impressed by the animation. In fact, even Beyoncé's incredible new single might not be enough to save the film based on these digital critics.

"All the budget in the world and Disney couldn't afford a SINGLE facial expression," Tom Zohar wrote to Twitter, and that basically sums the entire thing up. If they weren't running, I could have mistaken these animals for their taxidermy likenesses at the museum. As Zohar noted, there are no close-ups on the characters "because they know you'd see the dead in their eyes if they got too close."

"Lifeless" is the chief complaint listed for the live-action movie. Many have used the opportunity to joke that all your favorite characters now suffer the same fate as Simba's father, Mufasa.

Honestly, the deepfake of Jon Snow apologizing for the bad ending to Game of Thrones was more convincing than this trailer.

Film critic Katie Walsh wrote that the movie gives her "a weird Baudrillardian existential crisis. Like, these weightless holograms will be all we have when all the animals go extinct." Not frightening at all, nope!

As if the animation wasn't lifeless enough, the color scheme of the film is drab at best. "The new Lion King looks like clinical depression designed it," Twitter user Teo Bugbee wrote on Twitter. Not exactly what you'd like to think about when watching a classic children's film.

Some found the film reviews incredibly relatable; one person wrote, "I'm fascinated by all the reviews of The Lion King that are calling it visually stunning but soulless and containing a brilliant comedic performance because that is 100% the way I sell myself as well." BRB, changing my author bio.

Remember this Vine? Who would have realized that it was actually a teaser for The Lion King?

Plenty threw in more lifelike animal inspiration, from actual photos of lions showing far more personality than the new characters to some of your favorite cat reaction images.

The internet skewered so many things about the new movie that I almost forgot what an incredible cast it had. How do you cast Donald Glover and Beyoncé and then drop the ball on anything else? Speaking of whom, according to critics who have already seen the movie, "Can You Feel The Love Tonight" plays during the daytime. Why????

As one user pointed out though, there could be an even bigger feline mess waiting for us at the end of the year in the form of Taylor Swift-starring Cats.