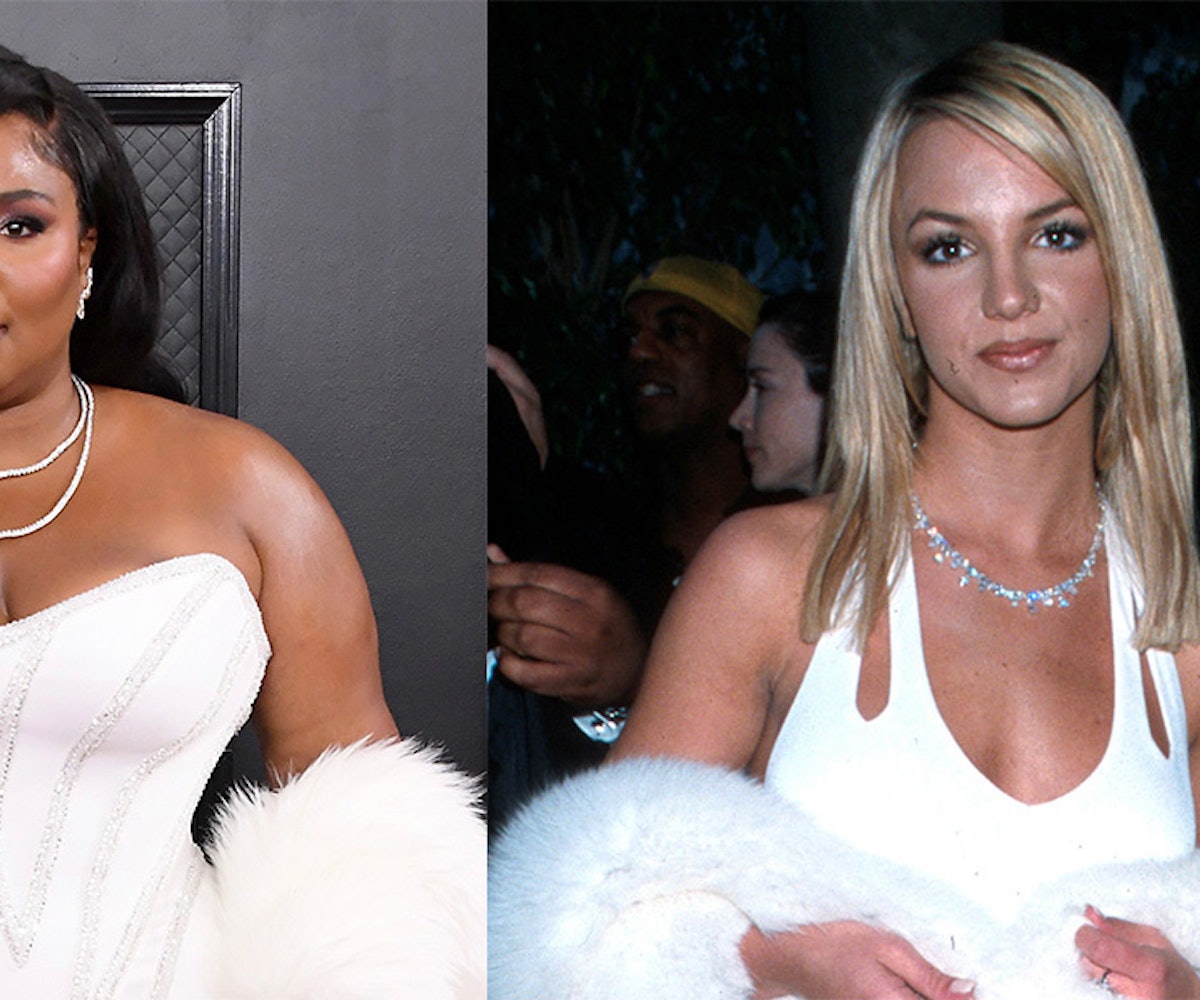 Red carpet arrivals at the 2020 Grammy Awards started with a major throwback thanks to Lizzo. The "Truth Hurts" singer wore a custom Atelier Versace gown and crystal-adorned faux fur stole as an aesthetic ode to Britney Spears' angelic look at the 2000 Grammy Awards.

According to Versace, "The white dress was embroidered by hand with Swarovski crystals in the House's Milanese atelier." Lizzo kept her accessories pretty similar to Spears', with minimal — but very, very sparkly — Lorraine Schwartz diamonds around her neck and a few rings to match. Unlike Spears, Lizzo brought her look into the modern day by swapping the halter of Brit's Randolph Duke-designed gown for a beaded sweetheart neckline, and amped up the volume of her stole and her curls.

In addition to honoring the queen of Y2K pop, Lizzo celebrated her own music and success within the finer details of her look. Zoom in on her blinged-out nails to see the delicate gold number eights on each finger; a nod to her eight Grammy nominations this season. If the metallic numerals weren't enough, each nail was also accented by a single dangly diamond. Her hair was styled into retro-esque waves by celebrity hairstylist Shelbe Swain using Matrix Total Results products.

Check out both Lizzo and Spears' looks below.

NEXT UP
Entertainment
Hawa Has Her D'Angelo Moment In Playful "Actually" Video
Entertainment
Harry Styles Is Performing At The 2023 Grammys
Entertainment
Samia On 'Honey' & Saying The Ugly Part Out Loud
Entertainment
Gracie Abrams & Gia Coppola On The Joy Of Free-Flowing Collaboration
Style + Culture, delivered straight to your inbox.