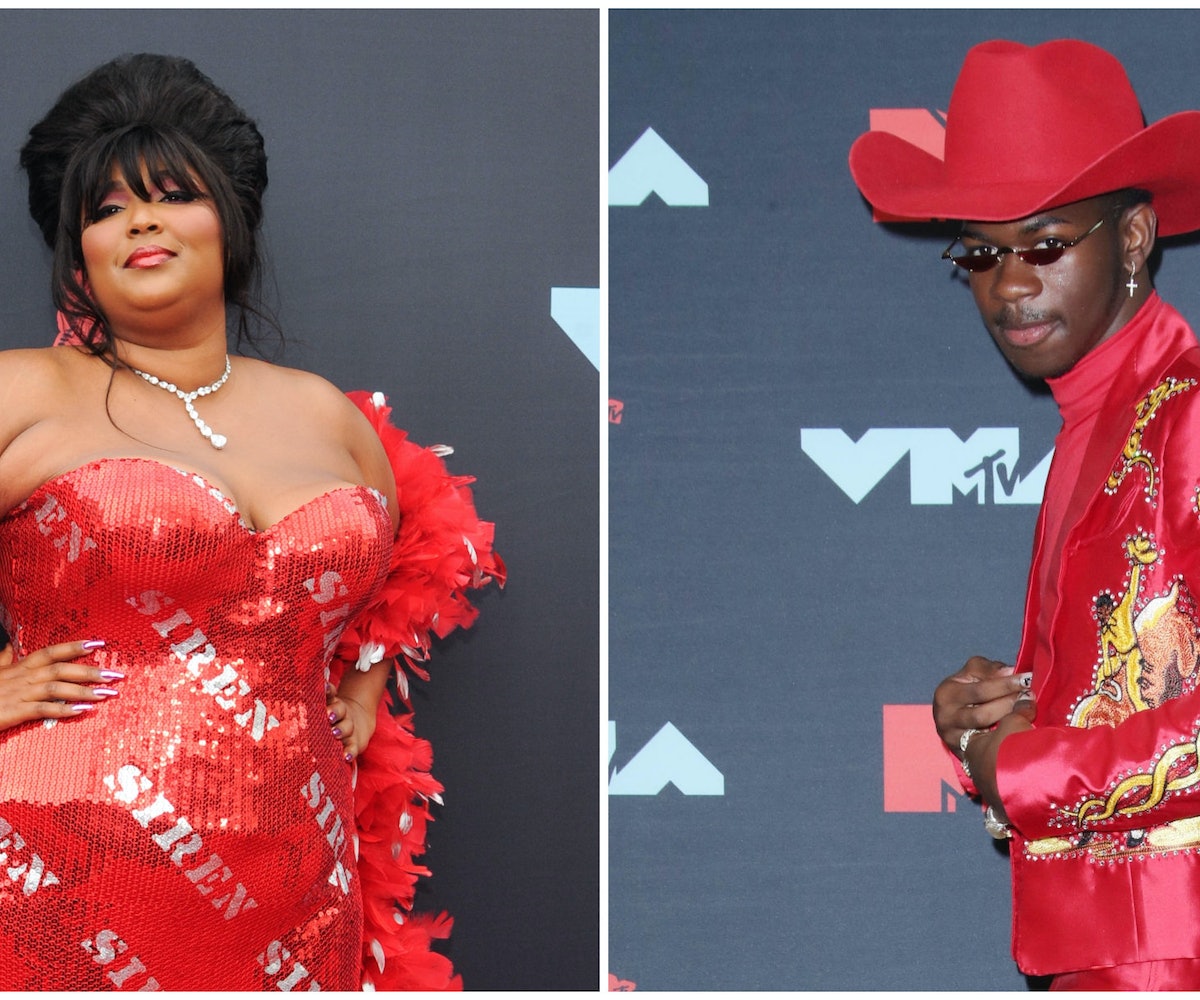 Last night, Lizzo and LIl Nas X had the privilege of meeting each other, and I don't think anyone has been more excited about anything than Lizzo was about being face-to-face with the "Old Town Road" singer. I mean, same.

it looks like the pair met after Lil Nas X had won his award for Song of the Year, since he was wearing the red-and-yellow ensemble he changed into after his Tron-style "Panini" performance. In the photo, which Lizzo shared on Twitter, Lil Nas X has caught her in a hug, and she's beaming at him with an open-mouthed smile. This is the kind of love I'm looking for in my life!

Lizzo didn't caption her photo, because one really wasn't necessary, but Lil Nas X found the tweet even though he wasn't tagged. He re-posted it, adding a couple of hearts.

Honestly, I've never seen more pure joy and admiration plastered across anyone else's face. If your partner doesn't look at you the same way when you achieve something big, you need to straight-up dump them. We all deserve to be hyped like this.