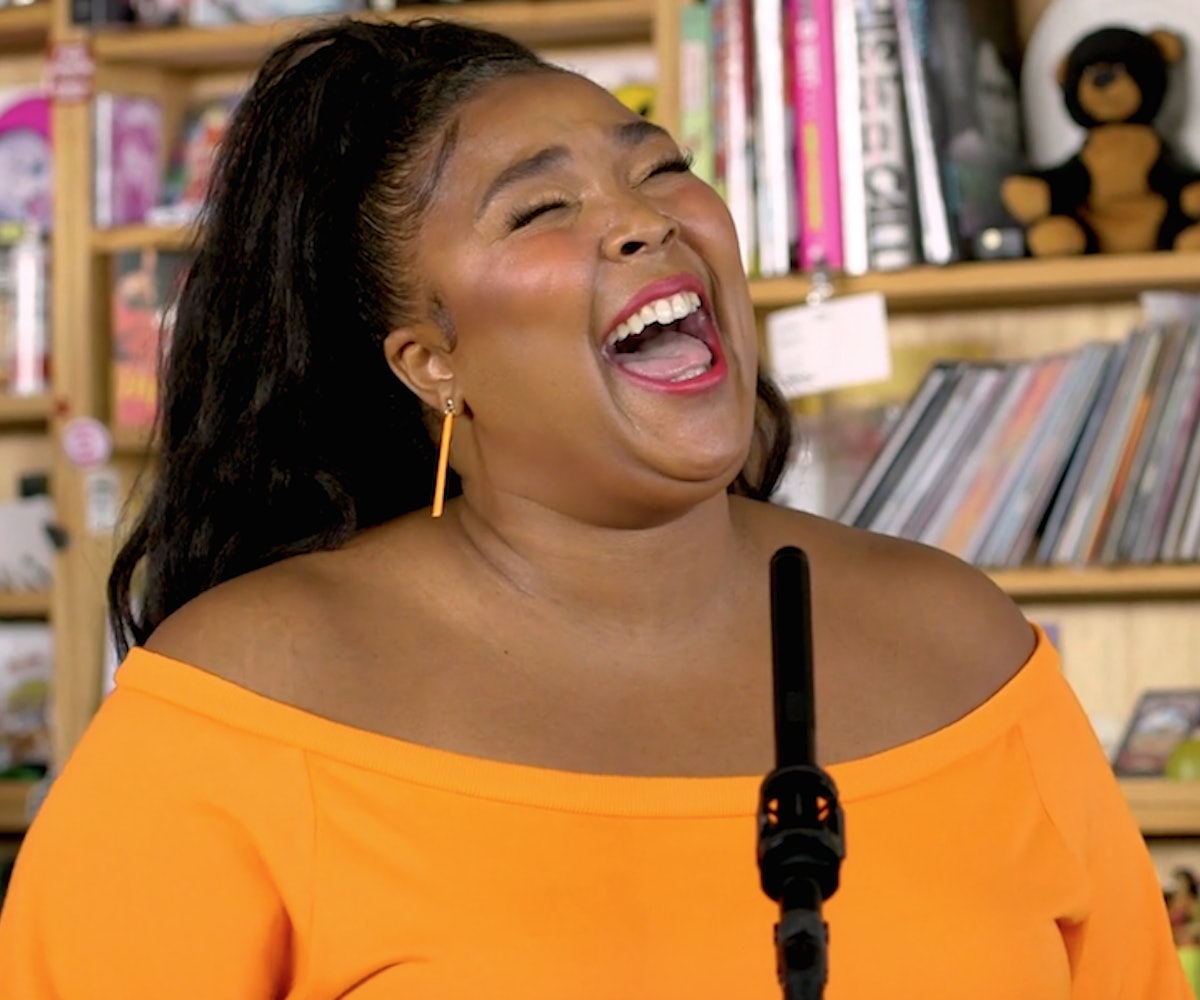 Lizzo shut down NPR's Tiny Desk with a stripped-back performance, during which she spread the Gospel of Lizzo with advice and self-love affirmations. Released today, it will inspire you to rid your calendar of fuckbois (and "fuckgirls" and "fuckthems," as Lizzo notes) and live your best life.

For NPR, Lizzo performed three tracks from her hit album Cuz I Love You, starting with the title track, then moving to "Truth Hurts" and "Juice." Despite usually performing with dancers and a backing track, this time, Lizzo was backed up by a four-piece band, squeezing a keyboard, drums, bass, and guitar behind what Lizzo lovingly referred to as this "tiny ass desk." Sasha, Lizzo's flute, also made a guest appearance during the final number to bring the house down.

Lizzo turned much of the in-between time into her own personal church, which I would gladly attend on the reg if I could. After singing her face off, Lizzo would bless the audience with one-liners and create conversation inspired by her lyrics. "N****s ain't shit sometimes," Lizzo joked. "Bitches ain't shit sometimes too. And all the non-conforming genders in between, you can all be ain't shit too." Facts!

Watch Lizzo's full concert for NPR's Tiny Desk, below, and delete your ex's number before Lizzo has to do it for you.