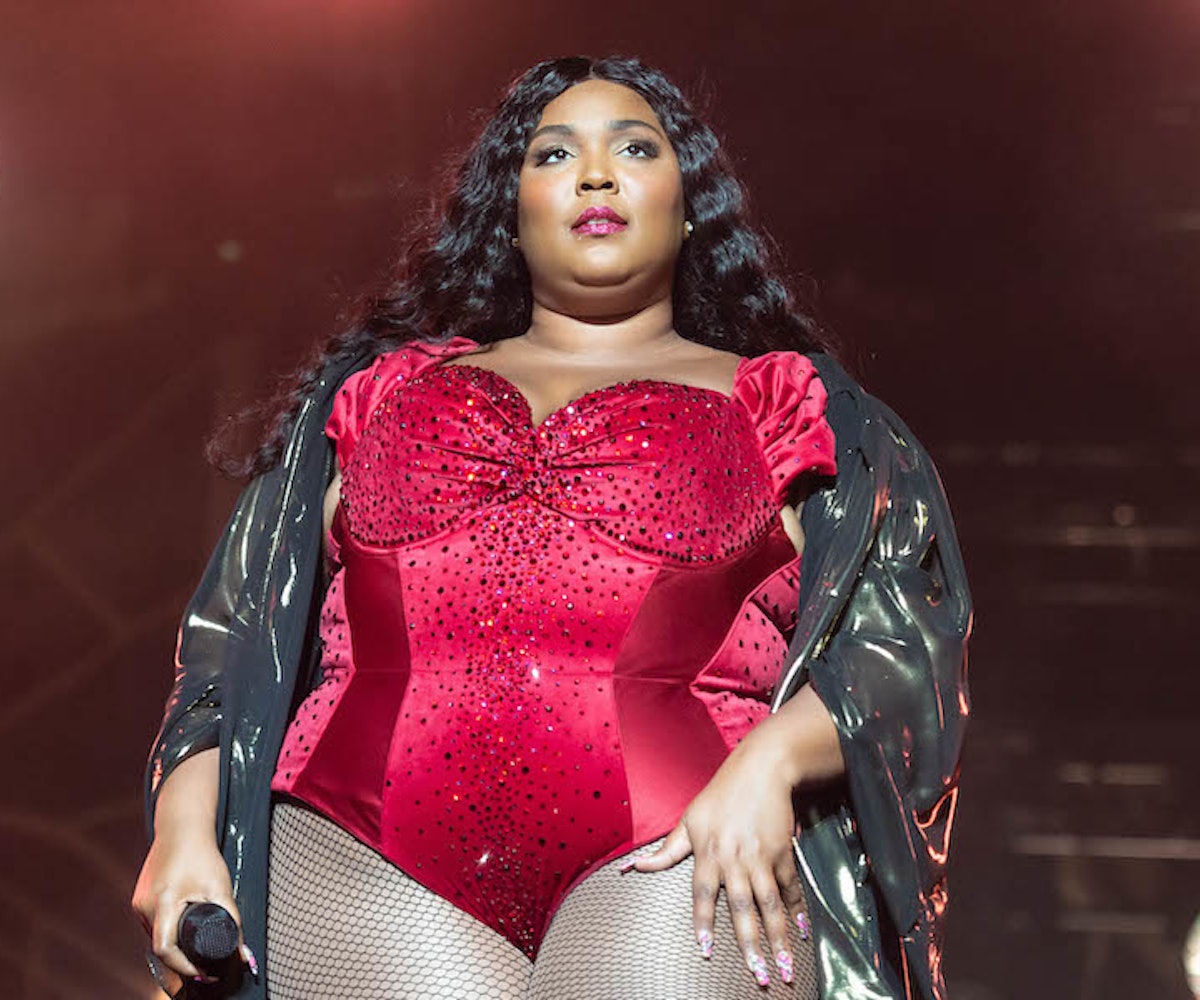 Today we filed a lawsuit on Lizzo's behalf to establish, in a court of law, that the Raisens are not writers of 'Truth Hurts' and have no right to profit from the song's success... The Raisens did not collaborate with Lizzo or anyone else to create the song, and they did not help write any of the material that they now seek to profit from, which is why they expressly renounced any claim to the work, in writing, months ago, as the lawsuit makes abundantly clear. Although it is all too commonplace for successful artists to be subjected to these type of opportunistic claims, it is nevertheless disappointing that Lizzo had to take this step to put an end to the Raisens' false claims and their campaign of harassment.

UPDATE 10/23/2019 1:31pm: Lizzo has now responded to the accusations of plagiarism, denying Justin Raisen had anything to do with "Truth Hurts" and crediting Mina Lioness' viral tweet with spawning the meme that led to the lyric in question. In a tweet shared on Wednesday afternoon, Lizzo wrote,

Hey y'all… as I've shared before, in 2017, while working on a demo, I saw a meme that resonated with me, a meme that made me feel like 100 percent that bitch. I sang that line in the demo, and I later used that line in '"Truth Hurts.'" The men who now claim a piece of "Truth Hurts" did not help me write any part of the song. They had nothing to do with the line or how I chose to sing it. There was no one in the room when I wrote "Truth Hurts,'" except me, Ricky Reed, and my tears. That song is my life, and its words are my truth. I later learned that a tweet inspired the meme. The creator of the tweet is the person I am sharing my success with… not these men. Period. Thank you to everyone who has supported me and my song. Xoxo.

Lizzo has been accused of plagiarizing the opening line to "Truth Hurts" for a second time. On Tuesday, songwriter Justin Raisen alleged that Lizzo lifted the line "I just took a DNA test, turns out I'm 100 percent that bitch" from a song, titled "Healthy," written during a session with him and multiple other collaborators.

In a post titled "The Truth about 'Truth Hurts'" on Instagram, Raisen shared a video from April 11, 2017, when he was in the studio with Lizzo, Jesse St. John, and Yves Rothman. The lyric, he said in the caption, "was taken from 'Healthy' and used in 'Truth Hurts.'" The video features the opening line to "Truth Hurts" and "Healthy," as well as the two songs layered, to presumably display similarities. "We were never contacted about being credited for the use of the parts of 'Healthy' (melody, lyrics, and chords) that appear in 'Truth Hurts,'" Raisen continued. "After reaching out to Ricky Reed and Lizzo's team about fixing it, we put the song in dispute in 2017 when it came out. We've tried to sort this out quietly for the last two years, only asking for 5 percent each but were shutdown every time."

Raisen then tagged musician Mina Lioness, the first person to make the plagiarism claim. In 2018, Lionness alleged that Lizzo took the lyric from her 2017 viral tweet; Lizzo responded at the time saying she had never seen the tweet. Raisen seems to deny this in his post, giving Lioness a "shout out" for the tweet. "A meme of that came up in our writing session and inspired the lyric and melody we wrote together," he wrote. "If Ricky and Lizzo's team decide to settle this dispute with us, we would like to share some of the proceeds with Mina for her influence on 'Healthy.'"

Lizzo's lawyer Cynthia S. Arato has since made a statement to The New York Times. "The Raisens are not writers of 'Truth Hurts,'" she said. "They did not collaborate with Lizzo or anyone else to create this song, and they did not help write any of the material that they now seek to profit from, which is why they expressly renounced any claim to the work, in writing, months ago."

NYLON has reached out to Lizzo's team for comment, but none was available at time of publishing.

NEXT UP
Entertainment
Raye Explicitly Speaks Her Mind On Debut Album, ‘My 21st Century Blues’
Entertainment
Ebony Riley's "Deuce Deuce" & 9 Other New Songs Out This Week
Entertainment
Beyoncé Is Now The Most Awarded Artist In Grammy History
Entertainment
Harry Styles' "As It Was" Grammy Performance Featured A Silver Tinsel Onesie
Style + Culture, delivered straight to your inbox.