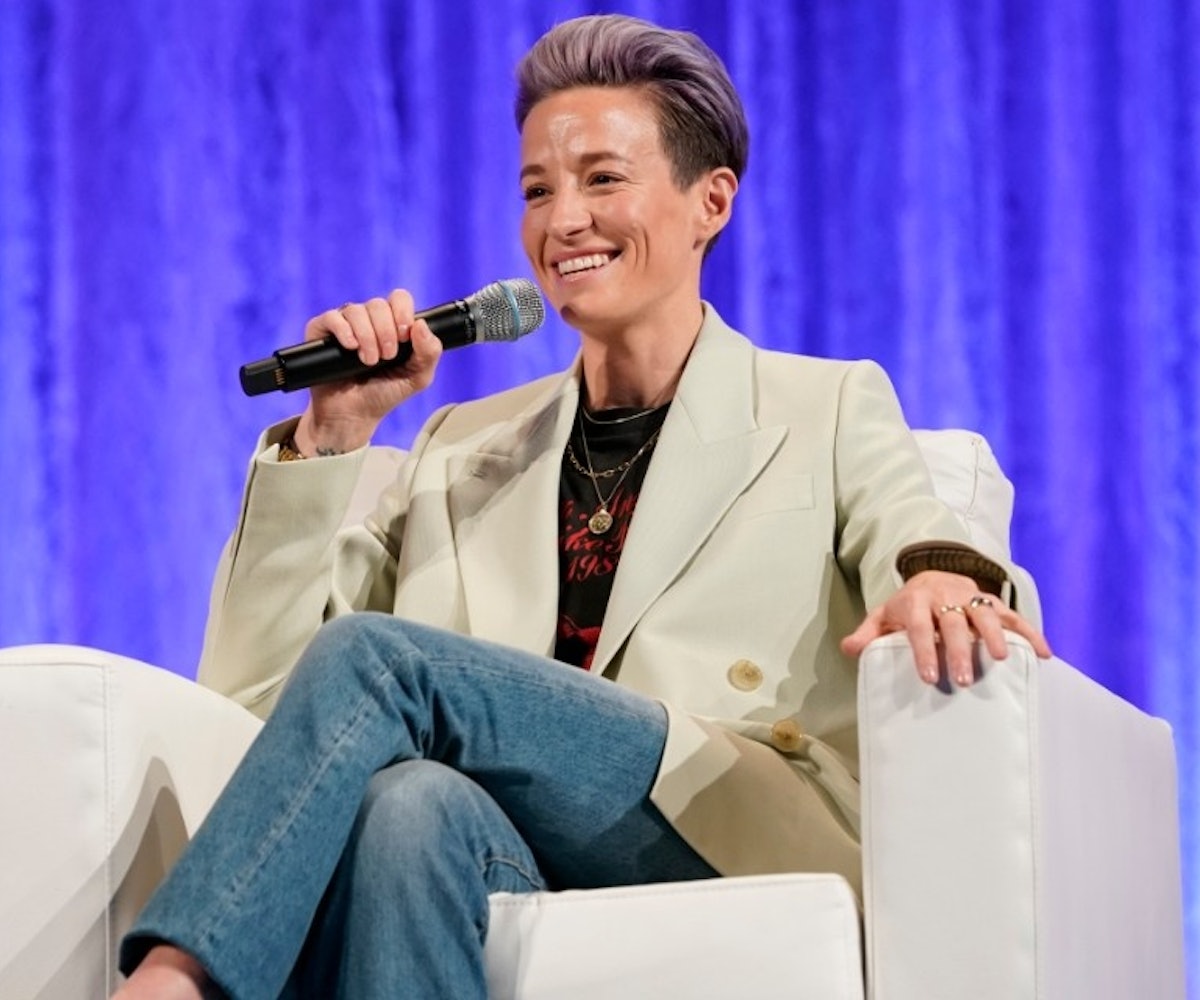 Photo by Marla Aufmuth/Getty Images for Watermark Conference for Women

After collaborating together on the soccer player's first-ever fashion campaign, Loewe is still not done with Megan Rapinoe. On Tuesday morning, the French luxury brand has released another photo from its Fall 2020 campaign, starring Rapinoe and her signature pink hair, to coincide with its upcoming show during Paris Fashion Week, which will take place on Friday.

The close-up images of Rapinoe, shot by Steven Meisel and against vibrant blocks of color, were printed onto vinyl record covers for the runway show invitations. Lest you believe the record is just a prop, it actually features selected sound bites from Rapinoe about self-awareness and change, set alongside a musical backdrop.

"I am so thrilled about this partnership with Loewe and Jonathan Anderson," said Rapinoe when her partnership with the brand was announced in January. "Multiple worlds crashing together, creating something bigger, different, and more exciting than either could do alone. To me, the goal of a collaboration should not be to stand next to one another, but rather become something else, together."

For the campaign, Rapinoe also shot a series of interview-style short films.

"People talk about change like it's some abstract thing," she said in one of the clips. "It's not. It's every day. It's in front of you. It's picking up a piece of trash on the floor. It doesn't have to be this abstract, big thing where you have to change the world all at one time. It's not possible. You can't. It'll never be the way, perfectly, that we want it to be. But it can be better."

See more of Rapinoe's new campaign image for Loewe, below.