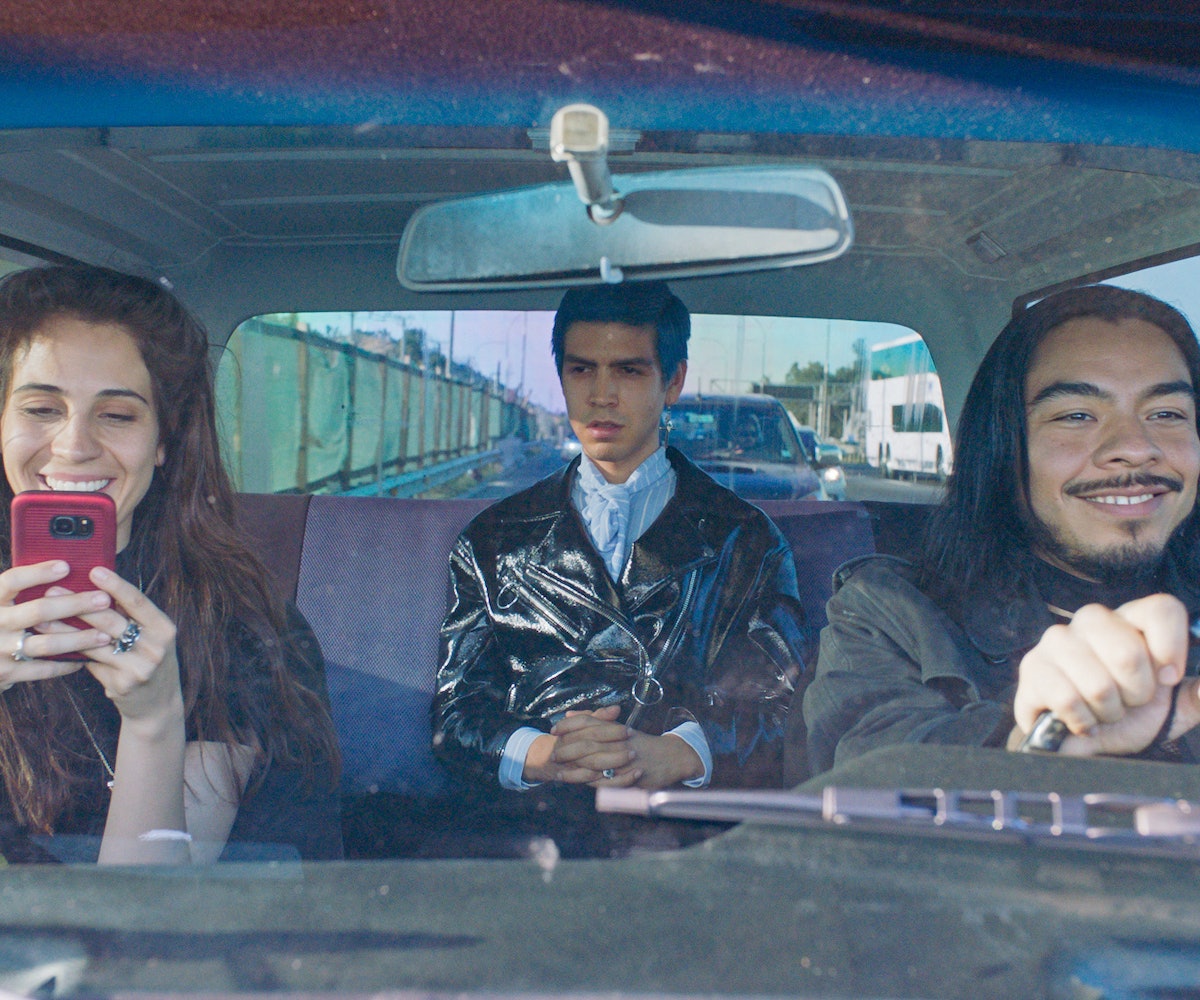 "I don't necessarily have a big passion for horror movies or anything," Ana Fabrega told me, as we sat with her Los Espookys co-star and co-creator, Julio Torres, just ahead of the launch of their new HBO series, which premiered last Friday.

"I echo that," Torres said. "I'm more into the eerie and the odd and the magical—even though I kinda hate that word—than I am into horror."

And while it might initially seem surprising that two of the people behind something called Los Espookys aren't all that into horror, the truth is that, while the show might traffic in the visceral, what it invokes in viewers doesn't include terror, but rather a sense of the surreal and the uncanny—as well as a familiar kind of angst, one that speaks to fears that are more existential than they are explicit.

Los Espookys takes place in a fictional, unnamed Latin American country and centers around a group of friends who join together to form a "horror group," through which they stage grotesque events (think: a faux-exorcism) as a way of pursuing their creative fantasies. Torres plays Andrés, the blue-haired, adopted scion of a chocolate magnate; Fabrega plays Tati, who is seen performing a series of odd jobs in one of the best representations of the gig economy I've seen on-screen; Cassandra Ciangherotti plays Úrsula, stuck in the drudgery of her job as a dental assistant; and Bernardo Velasco is Renaldo, whose passion for all things gory served as the true inspiration for the formation of Los Espookys. Rounding out the cast is the show's third co-creator, Fred Armisen, playing Renaldo's Tio Tico, who is the one that initially encouraged his nephew to pursue his dreams in the same way he himself had done. (Tico's passion, though, is for parking cars; when I asked Armisen if he is as good at parking as his character, he said: "I think so, but I don't know if other people think so.")

And while Los Espookys isn't really part of the horror genre, what it shares with films that are, is the way in which it reflects so much of the troubling things happening in the real world, only it does so using a kind of fun-house mirror. Or, as Torres said, "Horror is a really good vehicle to showcase the anxieties of a time. And similarly, [seeing how] Los Espookys getting visas is such an ordeal for them, and having the American ambassador be this friend and foe to them, is like the way the U.S. is such a friend and a foe to Latin America. I feel like we touched on themes like that, where we didn't set out to do them, but it just happened."

All art, of course, is a reflection of the time and place in which it's created, and it's no coincidence that Los Espookys would grapple with issues of immigration and identity, even if the Latin American country in which it's set is imaginary. But while there is an implicit political critique embedded within the show, it also feels like a celebration—an absurdist one, but still pure and beautiful in its strangeness—of Latinx culture.

This was, Armisen said, his initial intention for the show: "I had this idea of doing something in Spanish... something optimistic, something like sort of dreamy, about people with ambition—artistic ambition."

Initially, the show was going to be set in Mexico City, and Velasco told me, "The name of the show was [going to be] Only Good Things Happen... It was really attractive for me, because we are having a tough time in Mexico. So it was really refreshing for me thinking about only good things happening in Mexico. Now, this show transferred to a not specific place, but, I really liked that idea that it's just outside old drama. It's just people having fun with their passion."

And it is these passions that take precedence as the show progresses. Because while, yes, it is cool to see that faux-exorcism, as well as cursed mirrors and sea monsters, really the show is about a bunch of strange people who are flourishing the more they embrace their inherent oddities, and stand firm in their outsider status, reveling in all the things that make them different, that make them strange.

There's an aspect to watching Los Espookys that feels dreamlike; this is not only because it's set in an impossible place, but rather because of how immersive of an experience it is to watch it. This is because, at least for me, a non-Spanish speaker, unlike those TV shows that I watch with one eye on the screen and the other on my phone, I had to pay a different kind of attention to Los Espookys; since the show is almost totally in Spanish, my eyes were glued to the subtitles, within which tons of jokes live.

This isn't to say that the experience of watching it is one in which you think, Wow, I'm watching something in Spanish. Not at all. And, as Fabrega said to me, "It didn't feel like it being in Spanish was the big, interesting thing about it." Torres added: "I'm eager and excited to get over the era of, like, the 'first X.'"

Rather, what's notable is the way that watching it reflects that way so many non-English speakers consume popular culture: through a lens of slight separation, one that allows for a different kind of immersion, one that offers a different intimacy with the art. As Ciangherotti said to me, "We're very used to that experience, because we go to the movies, and we see a different culture that is not ours, so we cannot, in a way, relate to it, to the expressions and the things that we're seeing, because we don't know if that's the way that we would react, you know? So we cannot compare, and so you get emerged into that world. It makes you believe in the fiction much more easily."

And in the end, that's the thing that's most striking about Los Espookys: its familiarity, its ability to make us want to believe. Strange as the show is, it offers clarity about a certain essential truth, that we are, all of us, strivers, and that we have a better chance of realizing our dreams if we accept our differences, and come together anyway. So, instead of being broken down by the gig economy, in which, like poor Tati, we always have to do odd job after odder job; instead of late-capitalist drudgery, that has us spending hours of our days as office drones, always worried about running out of cell phone minutes; instead of feeling in thrall to a family fortune that means compromising so many other aspects of who we are, we can cast off those expectations, and be as weird as we want to be, as weird as we really are. And we can do it together, with other freaks just like us.

Los Espookys airs on Friday nights at 11pm on HBO.