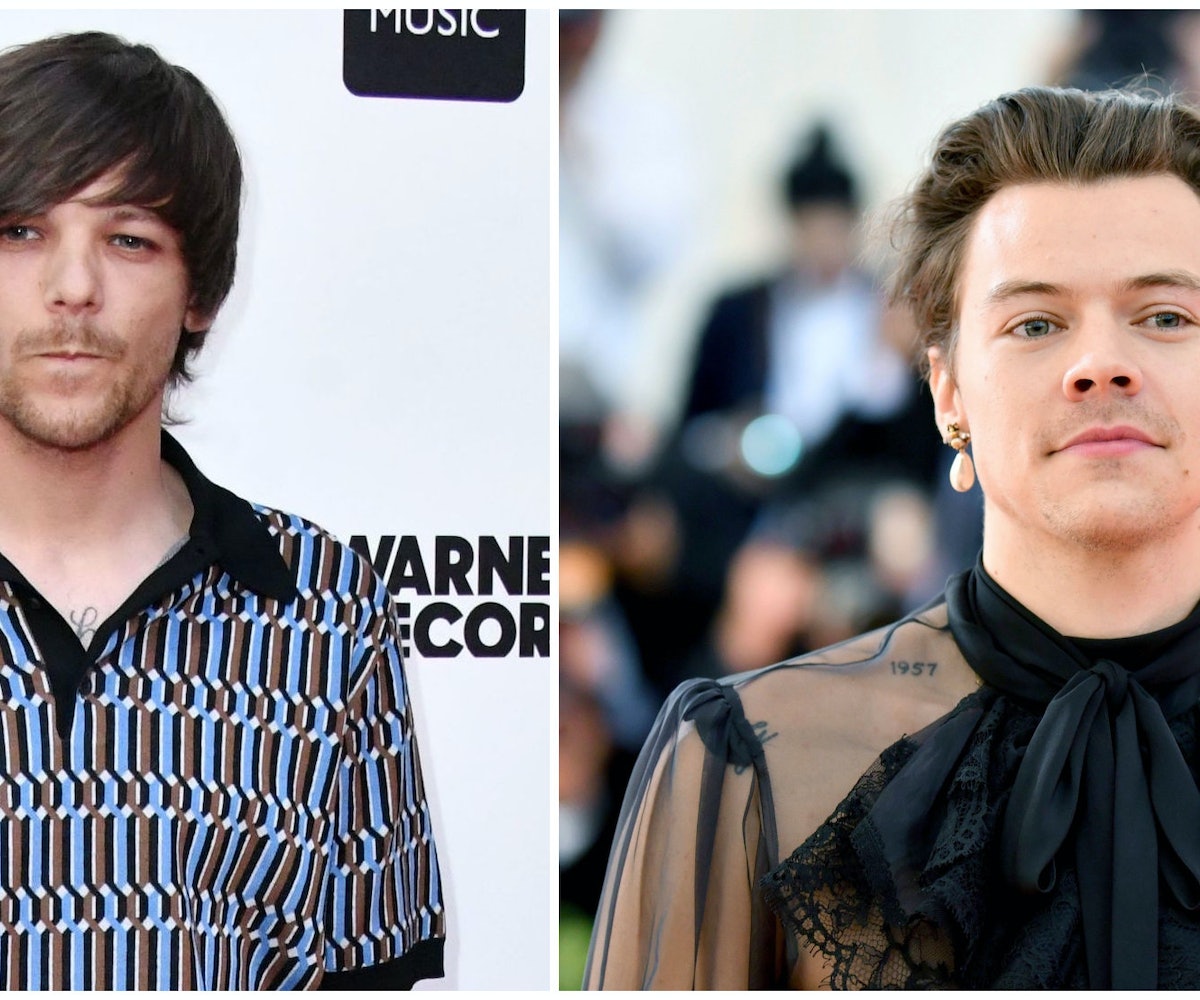 The most recent episode of Euphoria includes an animated scene which places former One Direction members Harry Styles and Louis Tomlinson in a sexually explicit situation. And, according to Tomlinson, he was not contacted about the scene before it aired.

The minute-long scene in question animates a fanfiction that Barbie Ferreira's character Kat wrote, which is credited in the show as having launched the IRL Larry Stylinson meme, through which fans shipped Tomlinson and Styles. In the show's depiction of Larry Stylinson, the two men are depicted in sexual scenarios ahead of one of their band's stadium tours.

In response to a fan questioning whether the scene was approved by Tomlinson and Styles prior to airing, Tomlinson claimed that he had not been asked about it. "I can categorically say that I was not contacted nor did I approve it," he wrote in response. Styles has not yet responded to the scene, nor revealed whether he was contacted about it.

Tomlinson has previously stated that the ship negatively impacted his friendship with Styles, so it must be particularly infuriating for him to have this shipping revived—particularly considering he wasn't consulted about it.