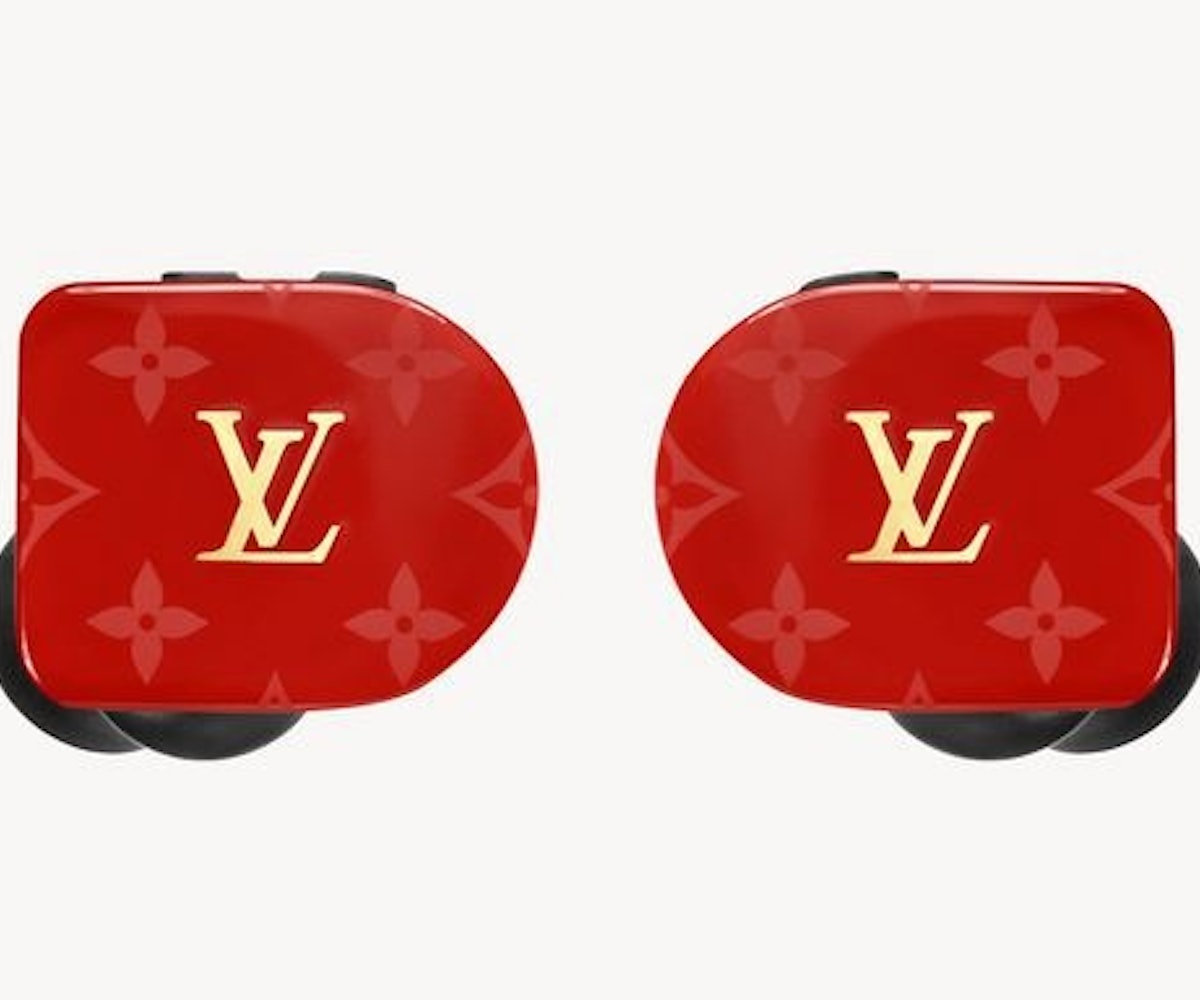 Louis Vuitton must have heard that the newest (and most meme-able) status symbol is a pair of AirPods, because the brand has announced its own (very extra) take on the wireless earphones.

This week, the brand announced that it would drop styles of logo-boasting wireless earphones, which is its first foray into the tech industry. The earphones come in four colorways: red, black, and black with either yellow or blue stripes. Each pair comes with a steel charging case. But, whereas Apple's AirPods will set you back about $160, the Louis Vuitton versions will cost almost $1,000.

Since this is Louis Vuitton's first tech product, we won't know for sure about the earphones' quality until they're released. What we do know is that their battery life is worse than the Apple version, though: the LV headphones last three and a half hours and the charging cases carry an additional 10 hours of charge, compared to AirPods, which carry five hours and 24 hours, respectively.

While, sure, the high-fashion earphones look very nice, it seems that they would be a bit of a risky investment, given how much easier it is to lose a wireless headphone (than say a wallet that costs about the same at Louis Vuitton). For now, I'll just stick to my $20 plug-in earphones. Though maybe at that price, the LV ones will be able to read my mind and automatically play the songs I want to hear next, and then I'll reconsider.