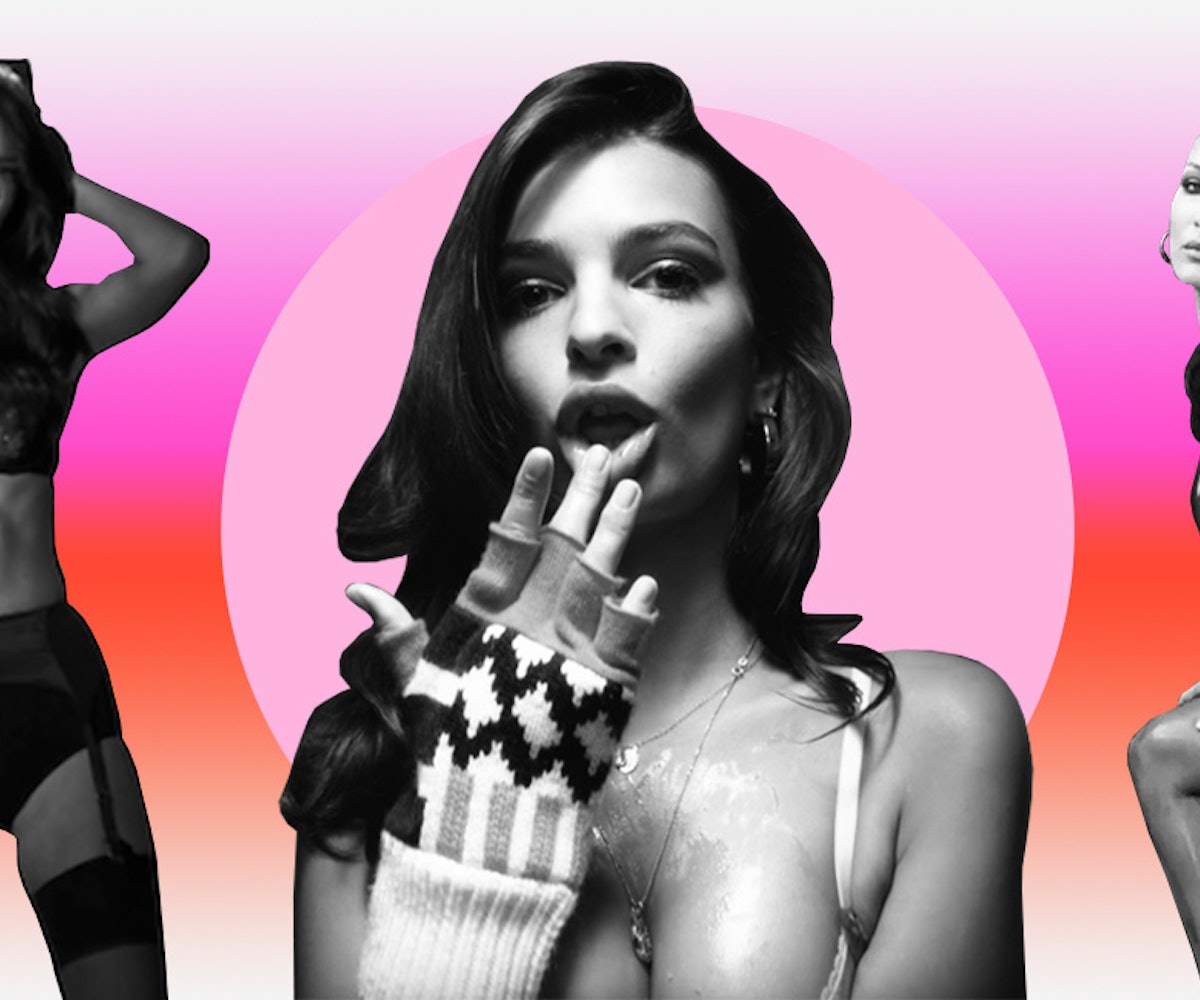 Last year, model Adriana Lima posted a statement on Instagram announcing that she "will not take [off] my clothes anymore for [an] empty cause." She continued to explain:

Even though I have done many of this type, something had changed in me, when a friend approached me to share that she was unhappy with her body, then it made me think… that everyday in my life, I wake up thinking, how do I look? Was I going to be accepted in my job? And in that moment I realized that majority of women probably wake up every morning trying to fit in a stereotype that society/social media/fashion etc imposed.

Lima, a longtime Victoria's Secret angel, retired from the fashion show this year, so it can be inferred that she was likely talking about that, but, as Fashionista pointed out, the model also mentions in her post that she received a call to film a sexy video of herself to be posted and shared on social media, which Fashionista believes is a reference to the Love advent calendar (in which Lima has participated a handful of times).

The Love advent calendar is, essentially, a roll-out of videos that star really attractive models wearing barely-there lingerie. Sometimes, it's holiday-related, sometimes not. Last year, the theme was #StayStrong, and some of the videos included Ashley Graham pulling a sled through the streets, Hailey Baldwin performing a balancing act, and Emily Ratajkowski rolling around in a bunch of pasta.

Love editor-in-chief Katie Grand told The New York Times that last year's series was inspired by a visit to the gym Dogpound, where she observed some of the models featured in the videos working out. "It's festive, it's fun, and it's everything we love about women enjoying being women, on their own terms," Grand said in a release for the first video of the series. But that message is becoming more and more muddled as more and more people are questioning what's so inherently "fun" about brands like Love and Victoria's Secret objectifying women for the straight male gaze.

There are notable differences between the VS show and the Love advent calendar, the most obvious being Grand and her team haven't made openly transphobic comments. Also, because Love cast Graham in a video last year, they boast a little more size-diversity, but are by no means on Savage x Fenty levels. Plus, the majority of Love models are still white, and Graham is the only plus-size model to be featured.

But another key difference is that Victoria's Secret, in its backward approach to fantasy, is first and foremost pushing products. The advent calendar doesn't seem to have any real objective, so its purpose is even more confusing. What exactly is its point? Love would like you to think it's "empowerment," it seems. Explaining her video last year, Ratajkowski brought up the #MeToo movement and the importance of freedom of choice. Grand seemed to be leaning into this cultural moment also with the #StayStrong theme, but it's hard to see what's so powerful about watching short films (shot by a man) of women pouring wine down their chests and slurping spaghetti. It would be different if the videos were advocating for a cause or raising money for a charity or pushing a believable message, but, more than anything, it seems like a way for the brand to co-opt on an important issue in order to push content (see also Pepsi).

Both Love and the VS show have been branded as a way for women to empower themselves. Owning their sexuality by strutting in lingerie is meant to be liberating, not objectifying, is what we're told. And that may very well be true for some women. Women are entitled to do what they want with their bodies, we're not here to police that. Nobody's forcing these models to participate, and in most cases, the video concepts are collaborative. But the question of who these videos are for is still worth asking because, as our own editor-in-chief pointed out, a runway full of mainly tall, thin, straight, white, cisgender young women is the fantasy of patriarchy, and the same goes for Love's collection of hyper-sexualized videos. It's an outdated concept that not only seems culturally dissonant in 2018 but, also, just boring.

We're four days into December, and the Love advent videos have usually started rolling in by now, but we haven't seen a single one. No announcement has been made regarding the delay, or whether we'll be getting any videos at all this year. We wouldn't be surprised if, in the wake of the Victoria's Secret controversy, Grand and her team have come to question the true purpose of the videos and what they represent. We sure have.