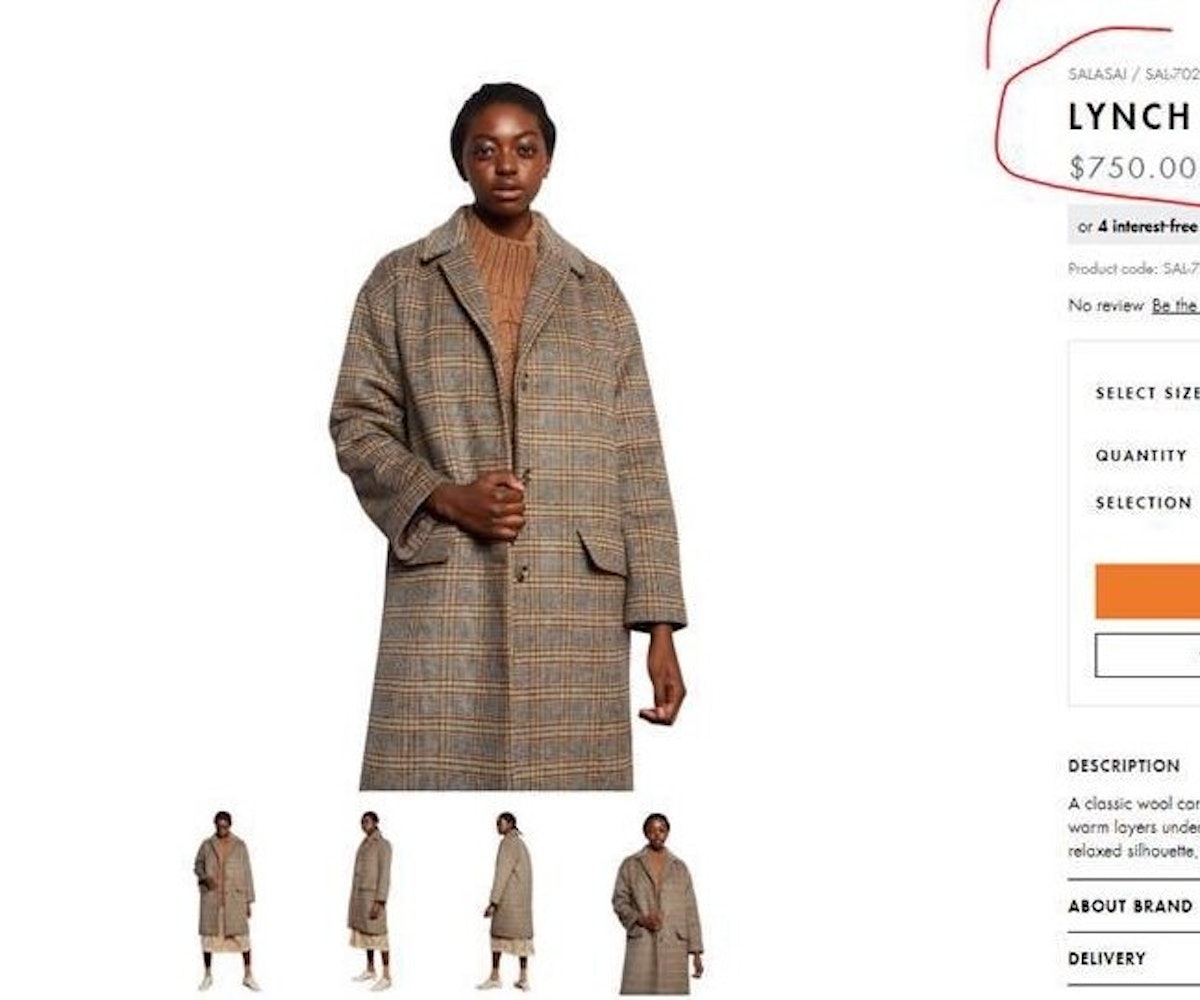 An Australian brand and New Zealand department store that carries it are under fire for selling a "Lynch Mob" coat, which it showed on a Black model.

The since-deleted listing on the department store Smith & Caughey'swebsite is for a trench coat made by the brand Salasai. The $750 (AUD) piece's name was apparently noticed by a customer who tried on the coat in-store and wanted to purchase it once she returned home. "I was appalled. Both at Salasai and Smith & Caughey's for the name and to then use an African model," she told a New Zealand publication called Stuff.

Salasai's director and designer, Kirsha Whitcher, told Stuff that the coat was not named after lynch mobs, as in a group of people intent on lynching someone, but rather by fans of filmmaker David Lynch. "The name of the lynch coat, formerly lynch mob coat, was created due to David Lynch's cult-like mob following at the height of his popularity," she said. "These followers were often referred to as 'The Lynch Mob.'" While it has been taken down by the department store, the coat is available in two colorways (both modeled by Black women) on the brand's site under the name "Lynch Coat," which Whitcher says "better reflect[s] the intention behind its naming."

Though the coat was named in honor of the director, the company should have recognized the sensitivity attached to the name and went with something else or, at least, took precautionary measures to ensure that customers would understand the meaning behind it.

NEXT UP
Beauty
Harry Styles’ Beauty Brand Is Dropping Their First Makeup Collection This Week
Entertainment
‘Euphoria’ Star Dominic Fike Is Going On Tour
Entertainment
Megan Thee Stallion To Host & Perform On 'Saturday Night Live'
Life
On Repeat: Vaquera’s Away Collaboration Is Brought To You By Britney Spears B-Sides