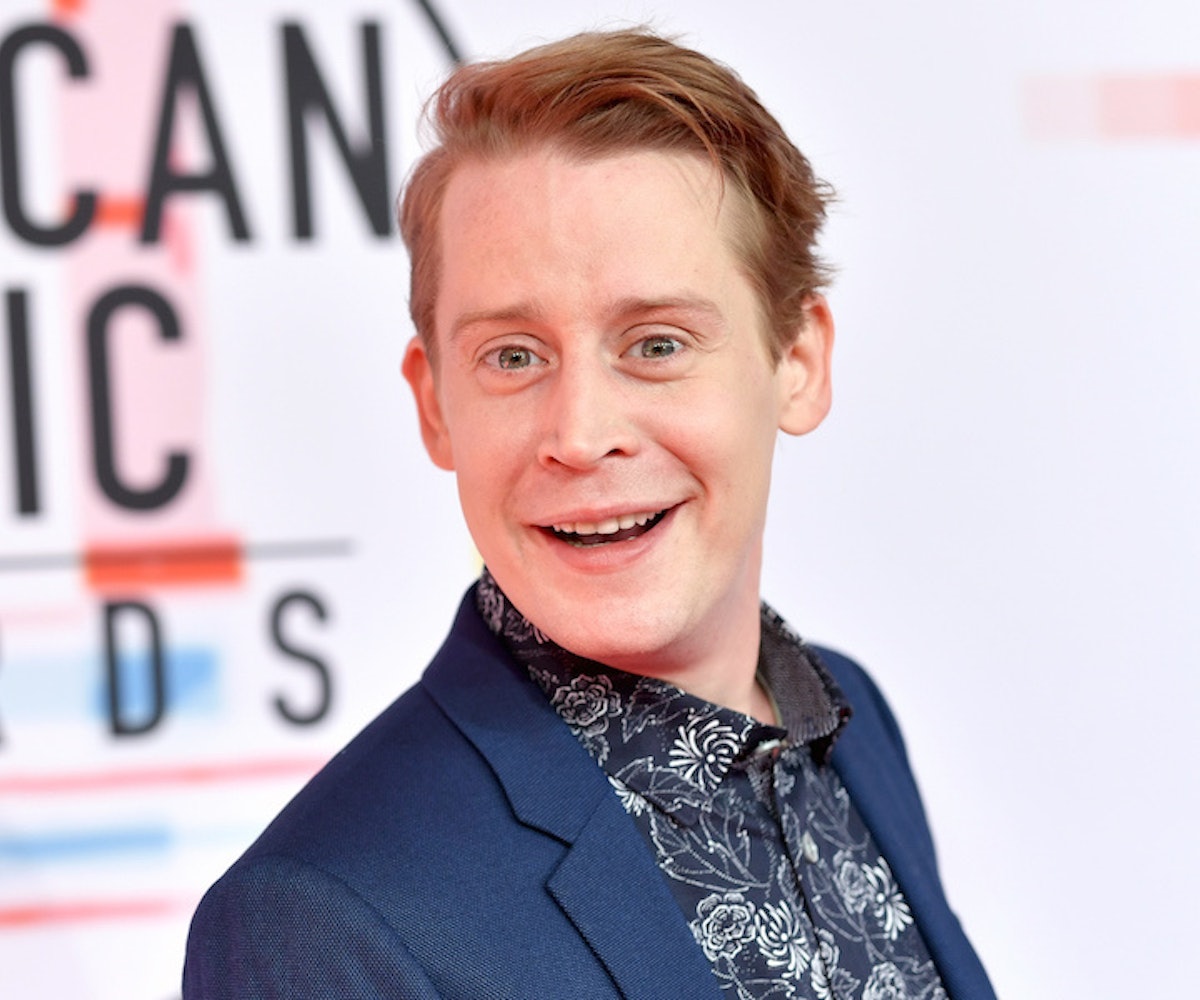 For its March 2020 cover story, Esquire interviewed none other than the two-time Home Alone star Macaulay Culkin. He opened up about his life after that career-making classic, his extended break from the spotlight, his ongoing relationship with Disney Channel royalty (and Changeland co-star) Brenda Song, and how he feels about the recent allegations made against his late close friend Michael Jackson. One thing he did not mention in the lengthy, in-depth interview? That he would be starring in the upcoming tenth season of Ryan Murphy's American Horror Story.

In an Instagram video posted to his account this morning, Ryan Murphy revealed what seems to be the opening credits for this landmark season, which is expected to premiere sometime this fall. Soundtracked by rising country superstar Orville Peck's "Dead of Night," the clip centers on a nondescript beach background with calm waves while several familiar names (all rendered in that instantly recognizable AHS font) flash by before finally landing on Culkin's. After slowly easing himself back into the world of Hollywood with one-off appearances in shows like Dollface and Half in the Bag, Culkin's involvement in Murphy's seminal anthology series will be the actor's first series regular role on television.

According to the teaser, Culkin will be joined by a slew of AHS usual suspects, like the incomparable Evan Peters and the Golden Globe and Emmy Award-winning Sarah Paulson (who have both appeared in every season except its last). Other returning favorites include Kathy Bates, Billie Lourd, Finn Wittrock, Lily Rabe, Adina Porter, Leslie Grossman, and Angelica Ross, who made her American Horror Story debut in last season's 1984 edition after departing FX's Pose, the show that made her a star. Notably, AHS regulars Emma Roberts and Cody Fern will not be returning to the series.

For now, not much plot detail can be gleaned from the clips Murphy posted on his account, but if the past decade of nonstop American Horror Story seasons has taught us anything, it's that we can expect details to slowly trickle out over the next few months.

Check out the first teaser for American Horror Story season 10 below.