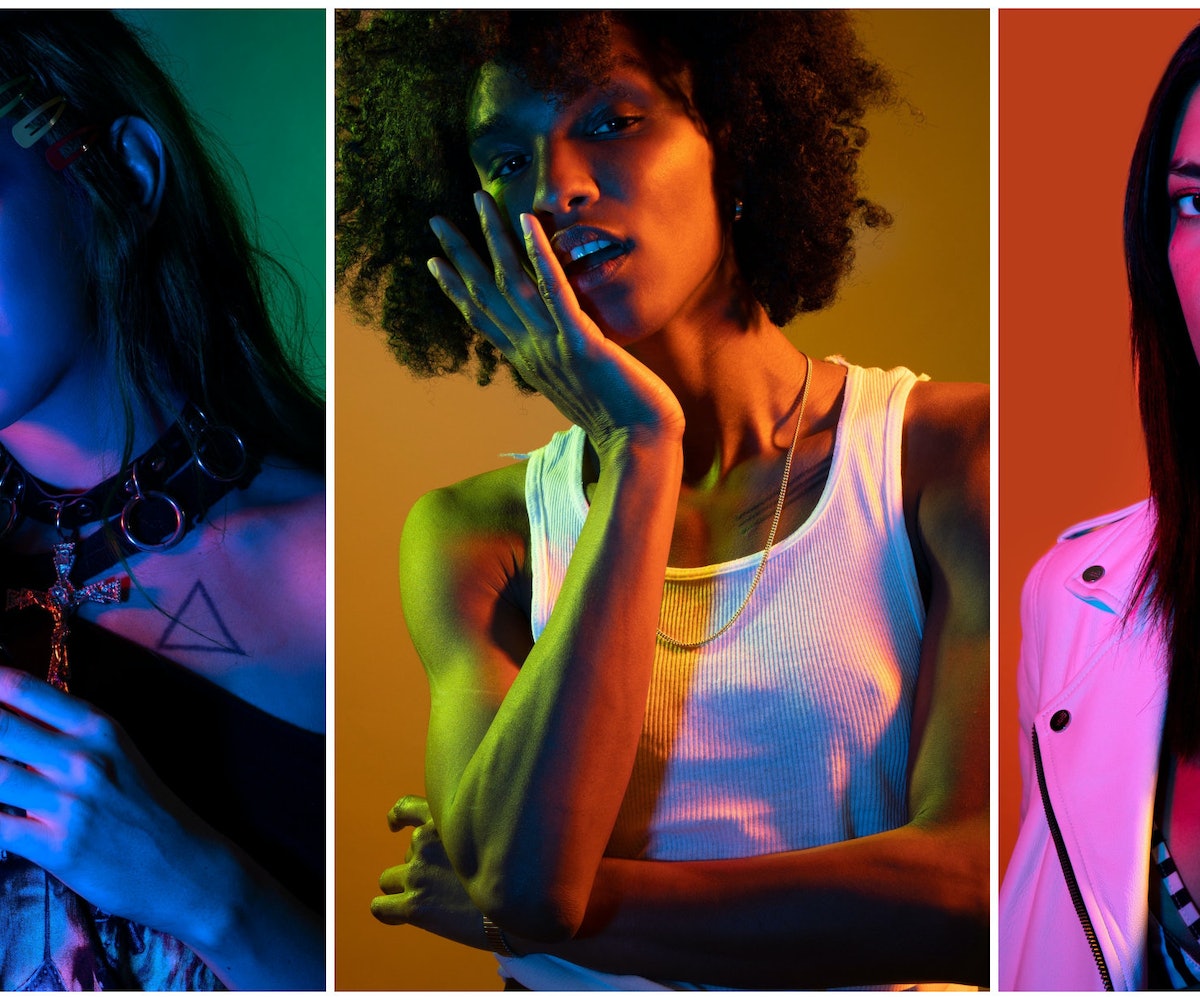 In 2016, photographer Maggie West created a photo series titled STAND 2016, which consisted of vibrant, colorful portraits of dozens of L.A.-based Planned Parenthood supporters. The exhibition was set to run on November 9, the day after the presidential election—which, obviously, went in the complete opposite direction than most people thought it would. What she thought would be a celebration of the first female president and step forward for women's rights turned into an urgent fundraiser in the face of an administration who would try (and has tried) its best to limit women's rights.

Now, two years on, the sense of uncertainty hasn't dissipated, and so West has brought the series back for a second iteration—STAND 2018—which debuts next week and features dozens more L.A.-based creatives who advocate for and have been impacted by Planned Parenthood. "We've been sitting with this [administration] for two years, and there is still a very immediate sense of urgency," West said of her reason to bring back the series. And indeed there is: Just in the past two months, Brett Kavanaugh has been confirmed to the Supreme Court even after multiple women accused him of sexual assault, Alabama passed a law establishing "fetal personhood," and we still have a president with over a dozen allegations of sexual assault to his name who mocks assault survivors.

West has herself been personally impacted by Planned Parenthood, and has benefitted time and again from its resources, which is why she has chosen to partner with this cause again. "This organization has provided me with birth control since I was 15," she said. "I use a different provider now but for many, many, many years of my life, every time I needed birth control, or a pap smear, or something like that, I went to Planned Parenthood." She notes that she is not the only one to have such a personal relationship with the organization—so many people in the U.S. rely on the services it provides. "Planned Parenthood is a constant source of support for so many women, especially low-income women," she points out. "I think that they are an amazing organization and I just wanted to do something to help support them in any way that I could."

This need to give back to an organization that has helped her and so many others led her to create an exhibition that was not just a showcase of the art, but a fundraiser. "Rather than just do an art piece that is symbolic of supporting the cause, I wanted to throw an event in conjunction with the art, so that I can actually turn that into income to generate to give back to the cause." A donation will get you in the door, 100 percent of proceeds made will go directly to Planned Parenthood. "And on top of that," she added, "if you want to directly donate or volunteer or get more directly involved with the cause, there will be reps from the organization on site."

The art itself is incredible and features quite a few recognizable faces. The creatives involved in the series, West noted, are of every gender. "There are cis men and trans women and genderqueer people in this series," West noted, "because while Planned Parenthood is primarily associated with giving health care services to women, they actually do provide quite a few services to men and trans women as well." Particularly regarding the choice to include men, she told me that there are "so many men that feel just as strongly about Planned Parenthood as [she does], and even if they haven't gone there for a service themselves, their friends have or their girlfriends have."

Each model was able to pick the photo they liked best, to "bring in the element of choice into the project," because, as West said, "I felt like that is so central to women's issues." And without Planned Parenthood, many wouldn't have the choice to access safe birth control options. "There is an increasing amount of people in power that are dedicated to overturning Roe vs. Wade and defunding Planned Parenthood," West notes. Which is why, two years after the fateful election and her first STAND exhibition, it's still vital to show fierce protection of the cause. "This organization means a lot to us, and we need to show up and support them."

Below, view some of the photos from the exhibition, which will be held on Tuesday, November 20, in Los Angeles. Get more details and RSVP here.