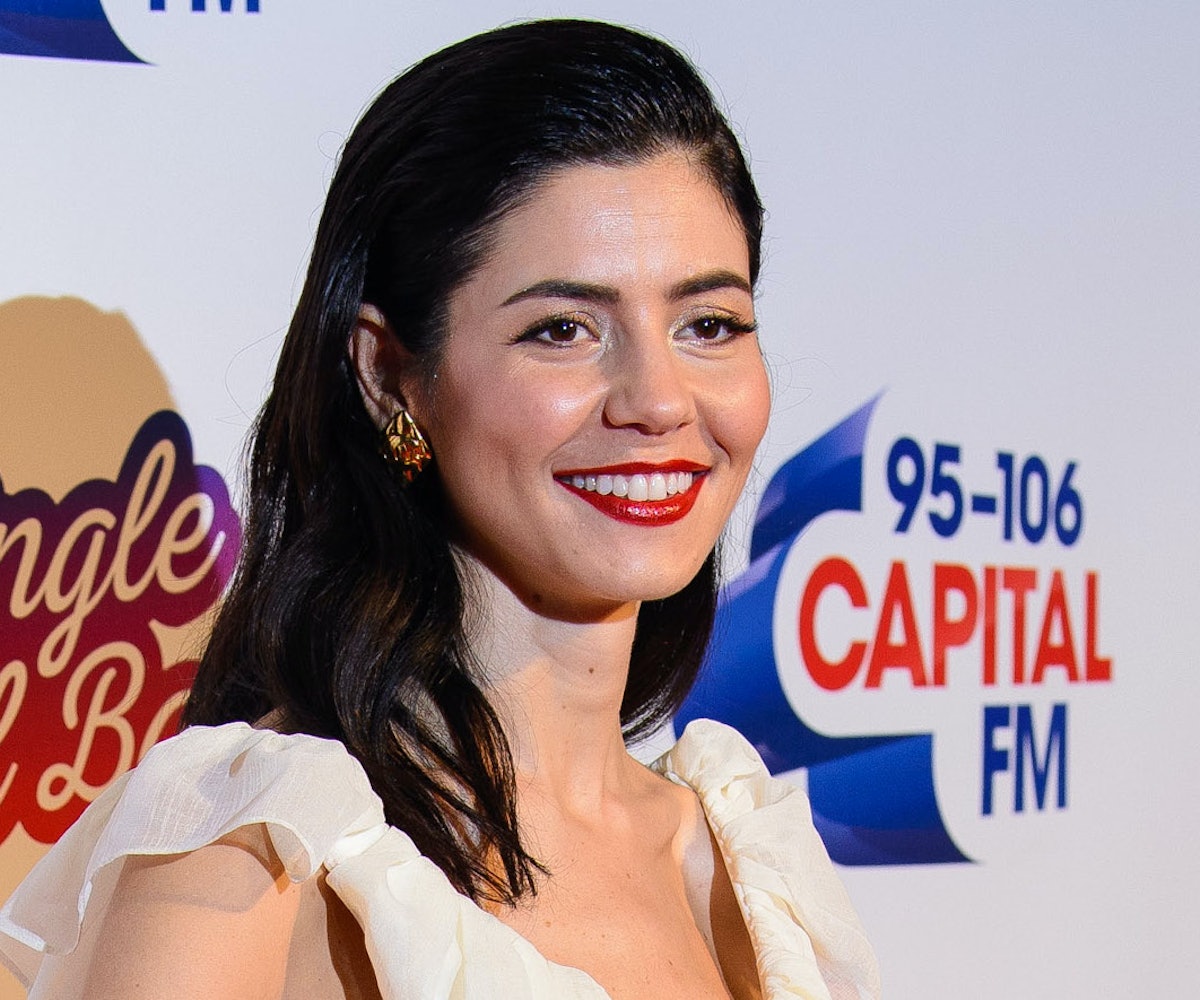 Marina dropped the second half of her new album, Love + Fear, today, which explores the different ways we process the two emotions.

The singer released the first half,Love, earlier this month, giving us a few weeks to bop along to the upbeat tunes that explored her four-year-long relationship with Clean Bandit's Jack Patterson and celebrated self-love, among other things.When she released Love, Marina explained that the two halves of the album are meant to be listened to separately and treated as separate entities.

This is the first we've heard of anything off of Fear. While the songs are admittedly more existential than Love, they're not sad. Many of the tracks hear Marina tackling uncertainties that are making her scared, but that fear is not always paralyzing. Sometimes, fear is her catalyst for making a change.

Ahead of the release, she told us that the album's concept was inspired by a theory from the Swiss-American psychiatrist Elisabeth Kübler-Ross which alleges that there are only two primary emotions, love and fear, and our choices are motivated by one or the other. According to a press release, the album is meant to be a "representation of these two driving forces behind human responses."

Listen to both halves of Love + Fear, below.