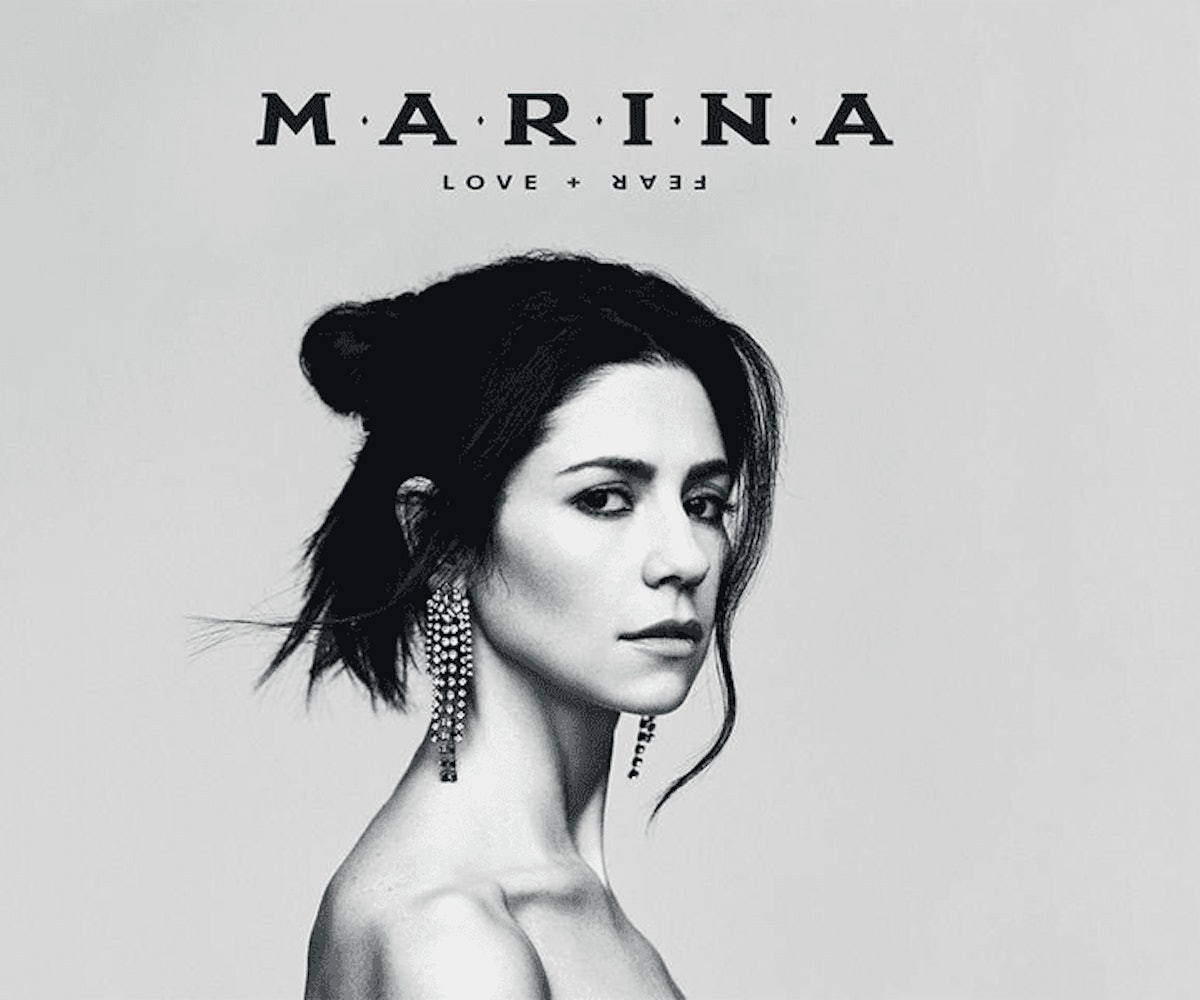 Marina (formerly known as Marina and the Diamonds) has just released the second single off of her forthcoming studio album Love + Fear, titled "Superstar." It's a love song, presumably part of the first set of eight songs that coincide with the enamored half of the title, revolving around the object of her affection that she cannot bear to be apart from.

The lyrics praise the efforts poured into a relationship and speak to how unbreakable the bond is between the two. My favorite line? "All of the days that we spend apart/ My love is a planet revolving your heart."

A few weeks prior, Marina dropped her lead single "Handmade Heaven" and its accompanying visuals, but, via a retweet on Friday, warned fans to not consider this an encapsulation of the forthcoming album's vibe. With both songs out, we're starting to get a better idea of what Love + Fear will sound like as a whole, though. If the rest of the record keeps going in the same direction, we're looking at a synth-laden slow burn and plenty of time to revel in Marina's haunting falsetto.

Listen to "Superstar," below.