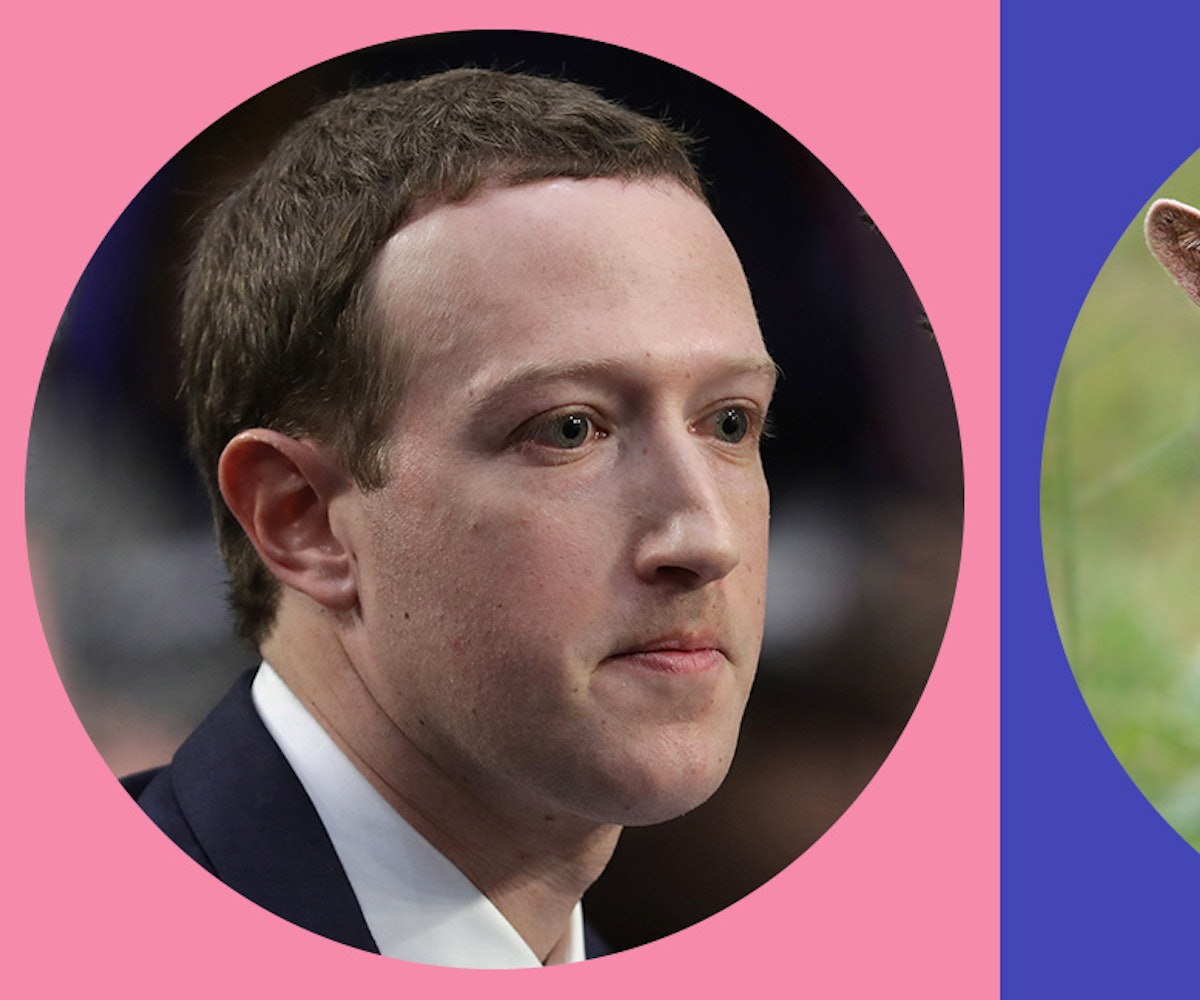 In a new interview with Rolling Stone, Twitter CEO Jack Dorsey shared his most "memorable encounter" with Facebook CEO Mark Zuckerberg, and it was, yes, interesting, to say the absolute least. According to Dorsey, Zuckerberg killed one of his own goats with a "laser gun" and served it to Dorsey as a meal.

This seems to have been a part of a passing phase, according to Dorsey. He introduces the encounter by saying, "Well, there was a year when he was only eating what he was killing," before getting right to the point: "He made goat for me for dinner. He killed the goat."

Of course, the interviewer immediately followed up for clarification, and Dorsey claimed that, while it didn't happen in front of him, Zuck's process is that "he kills it with a laser gun and then the knife. Then they send it to the butcher." At the mention of a laser gun, the interviewer asks to clarify this too, to which Dorsey responds with, "I don't know. A stun gun. They stun it, and then he knifed it. Then they send it to a butcher."

Dorsey then goes on to paint a clearer picture of the time he spent with Zuckerberg and his goats:

Evidently in Palo Alto there's a rule or regulation that you can have six livestock on any lot of land, so he had six goats at the time. I go, "We're eating the goat you killed?" He said, "Yeah." I said, "Have you eaten goat before?" He's like, "Yeah, I love it." I'm like, "What else are we having?" "Salad." I said, "Where is the goat?" "It's in the oven." Then we waited for about 30 minutes. He's like, "I think it's done now." We go in the dining room. He puts the goat down. It was cold. That was memorable. I don't know if it went back in the oven. I just ate my salad.

Weirdly enough, reading details of Zuckerberg killing and preparing goat improperly for a fellow billionaire is not the most surprising thing I've ever had to read, even this week. Hopefully, Zuck has moved on from his goat-killing phase for good, or, at least, learned how to properly prepare his kill to avoid giving salmonella to himself and all who come to feast.