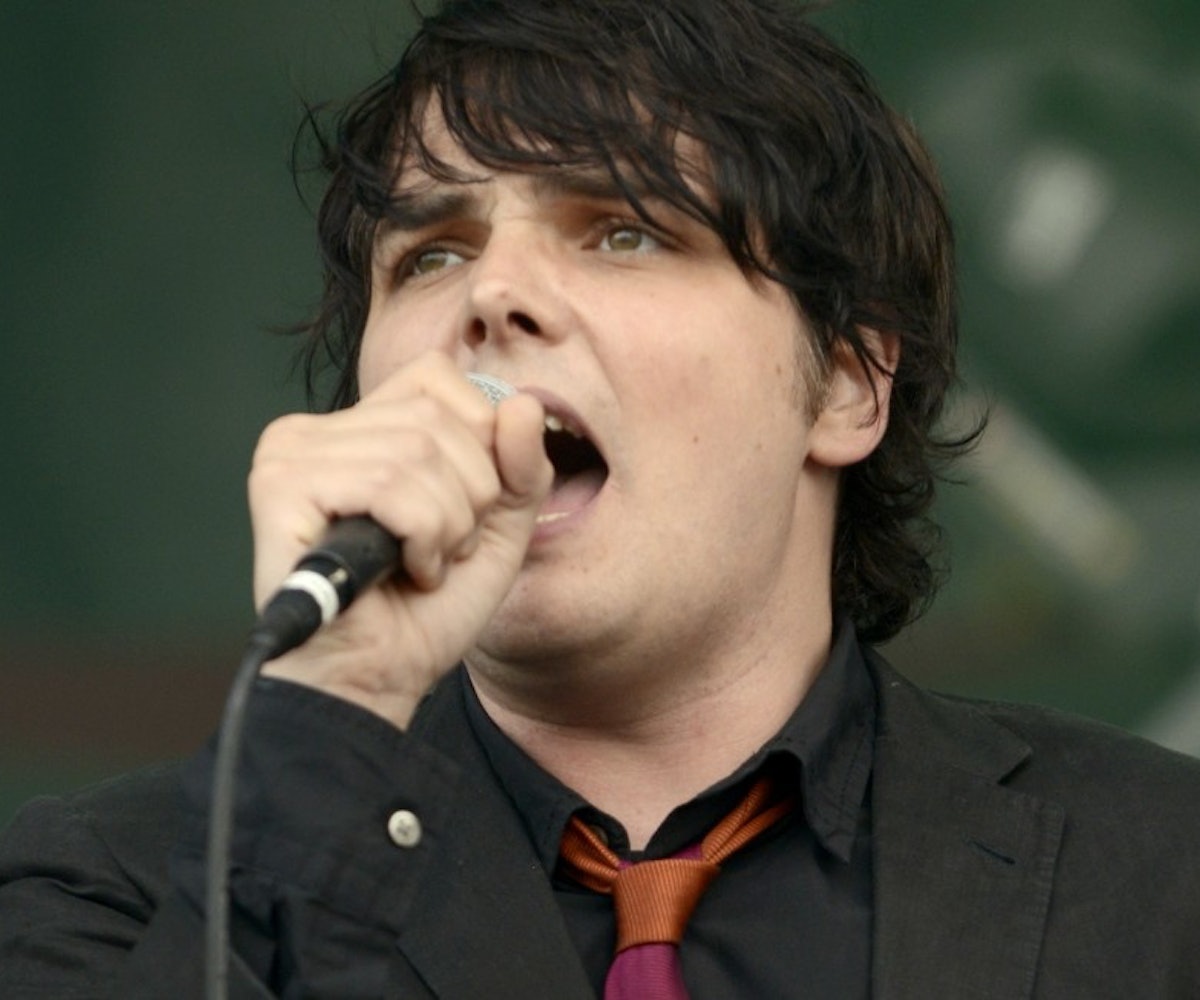 There are still months to go until My Chemical Romance's highly-anticipated 2020 reunion tour, but those searching for an end to the MCR drought right now can thank the band's frontman for some new relief. Gerard Way released new solo songs on SoundCloud on Sunday, calling the impromptu drop Distraction Or Despair. The four songs, though raw and seemingly unfinished, are being released now "so people can check it out and have something to listen to," he shared on Instagram.

"Hey all, with all this uncertainty I just wanted to start uploading some unreleased stuff," Way wrote. "Just so people can check it out and have something to listen to. Just felt like sharing. I think I have a bunch of this stuff, as Doug and I have been recording little bits here and there over the years. Some of these, like Phoning It In, were things that I planned on releasing as singles, and I may still do that at some point when I finish them, but I figured why not. It feels good to share. Who knows if some of this stuff would have ever come out?"

The songs — "Phoning It in (2) VOC," "Crate Amp_2," "Success!," and "Welcome to the Hotel"— range from a fleeting 14-second snippet to a full three-minute track. And "Crate Amp_2" is just two minutes of Way shredding on the guitar or, as he so modestly writes in the track's description, "messing around with this Crate amp I got off of Reverb for cheap." They may not be the polished, robust products of a new MCR album, but, to the dedicated fans, their unfinished nature will surely make them all the more valuable.

My Chemical Romance made their long-awaited return in late 2019, playing their first show in years in December in Los Angeles. Since then they announced a 20-show tour to take place in fall 2020. There's no word yet if the tour will be postponed or canceled amid coronavirus pandemic, but you can follow their Instagram for updates. In the meantime, hear Way's new songs below.