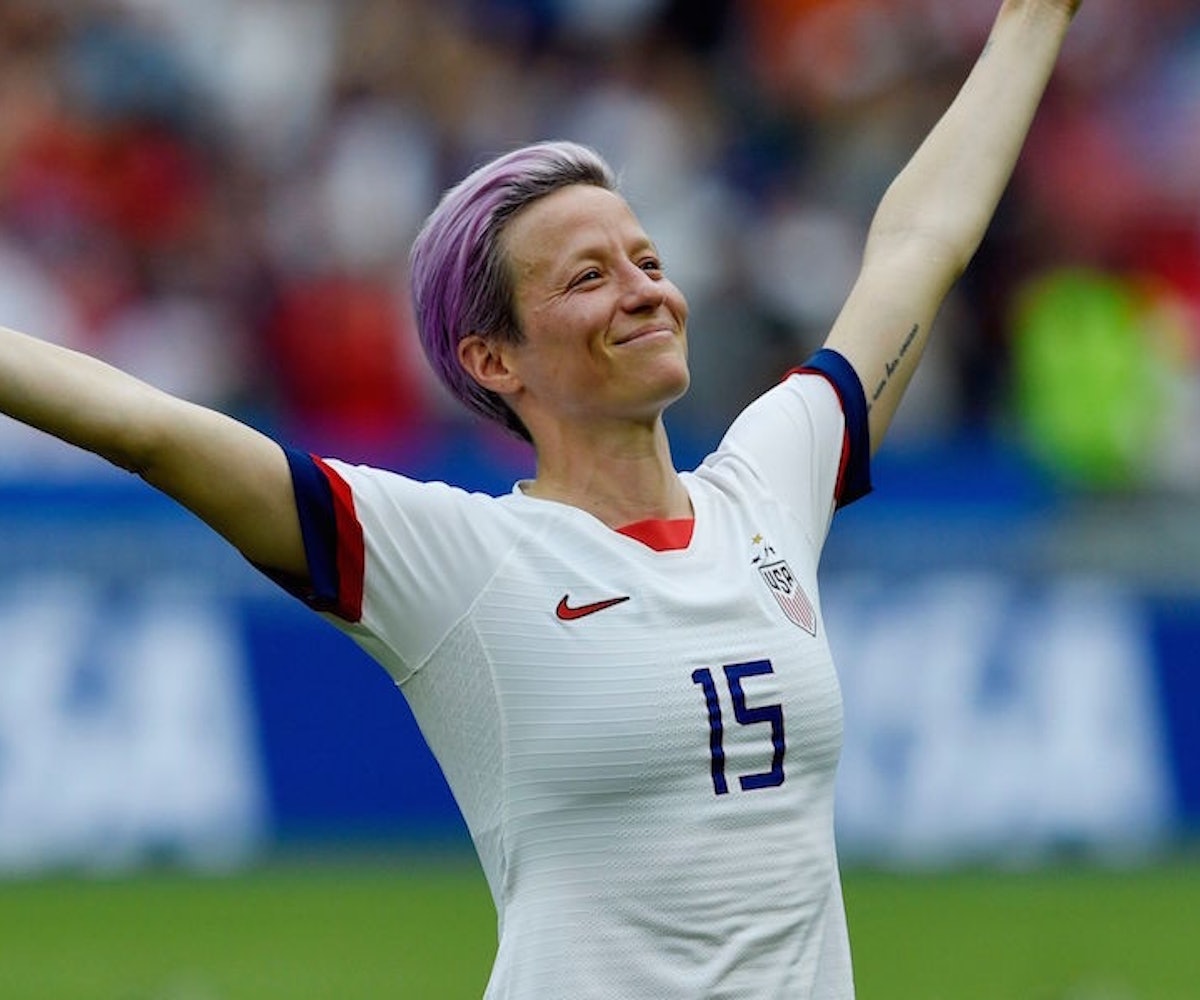 In a new interview with Anderson Cooper, United States soccer star Megan Rapinoe expanded upon her political messages, including ones she'd share directly with one of her biggest critics, the POTUS.

After Cooper mentioned that it was highly likely that Donald Trump would see the interview, he offered Rapinoe a chance to say what she'd like to Trump. In just a few sentences, she eloquently addressed her concerns, and demanded he "do better."

"I think that I would say that your message is excluding people," Rapinoe, who is an out lesbian, stated:

Rapinoe turned her statement back to the POTUS as she concluded: "I think that we have a responsibility, each and every one of us—you have an incredible responsibility as the chief of this country—to take care of every single person, and you need to do better for everyone."

Speaking of doing better for everyone, Rapinoe had plenty more thoughts on that when Cooper brought up how many still question why she chooses to be so vocal about politics. "I don't think anybody can deny the horrors of racism and Jim Crow and mass incarceration and what's happening on the southern border and gay rights and women's rights," she said. "I don't quite understand where the miss is, because I think a lot of the people that disagree with me would benefit greatly from a world that is better for everyone." And, as she pointed out, "protest is not comfortable, ever," and is "not convenient" for anyone, but it's necessary.

Rapinoe had previously come under fire from Trump when she protested the national anthem—something she has done since Colin Kaepernick began kneeling to protest against police brutality and racism—as well as when she recently, in an interview, stated, "I'm not going to the fucking White House," a tradition for FIFA World Cup winners, when asked about it prior to the win.

"I don't think anyone on the team has any interest in lending the platform that we've worked so hard to build and the things that we fight for and the way that we live our life, I don't think that we want that to be coopted or corrupted by this administration," Rapinoe added during her interview with Cooper. "There's so many other people that I would rather talk to and have meaningful conversations that could really affect change in Washington, than going to the White House."