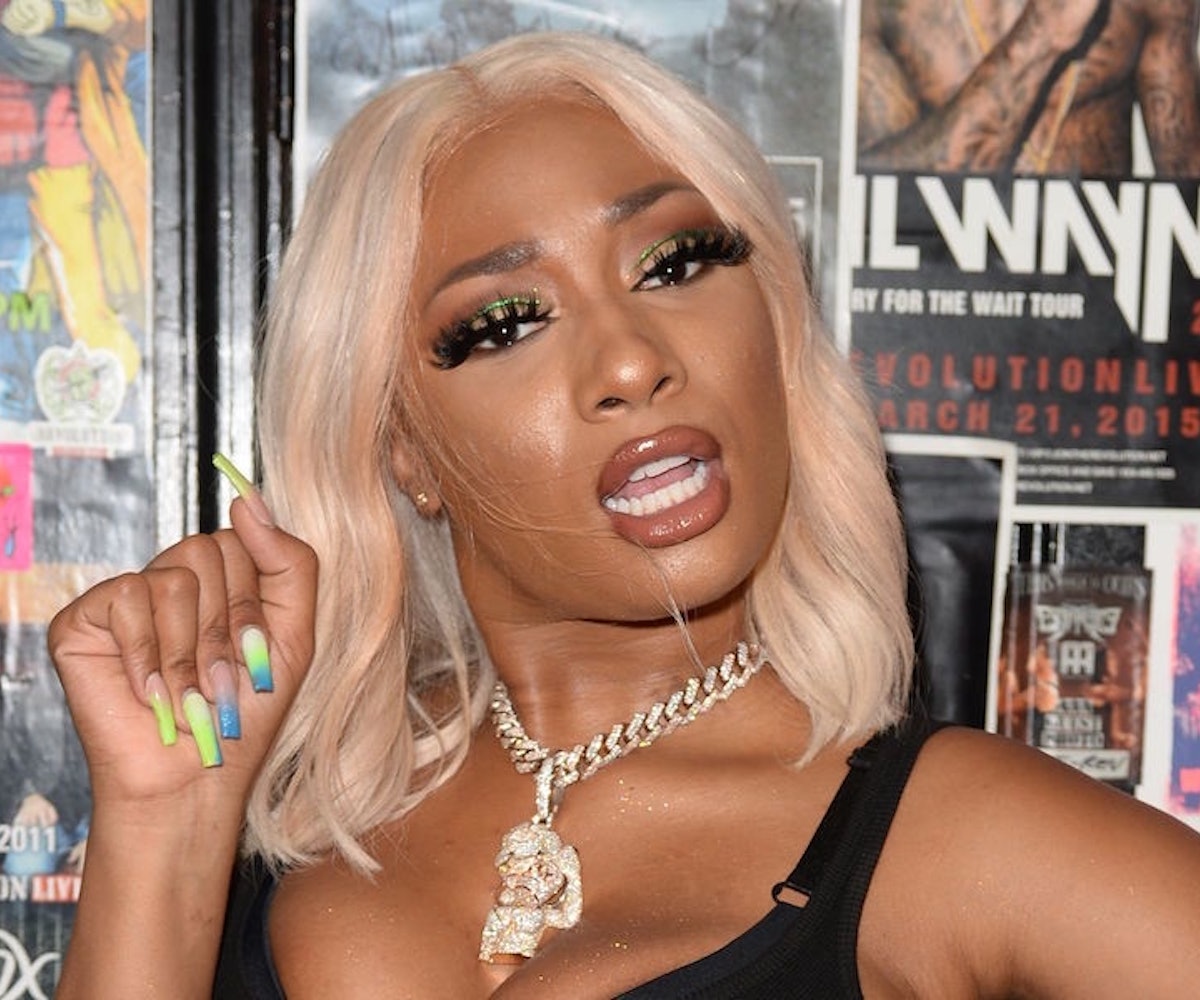 Megan Thee Stallion just got seriously memed—and it's my favorite thing on Twitter right now. Twitter user @dickgirldiaries matched up photos of Meg, who dropped an official anthem for "Hot Girl Summer" today, with similarly hued covers of fundamental sociological texts in a lengthy thread, and it's both funny and a good reading list for if you're trying to add some theory to Hot Girl Summer.

Where @dickgirldiaries left her Twitter thread, Hot Girl Meg fans picked up and filled in the blanks, adding photosets with Simone de Beauvoir's The Second Sex to the list, amongst others.

Earlier this year, Lizzo fans similarly memed her song "Boys," linking up the lyrics with adorable animals. Lizzo was more than excited, urging fans to continue to do so with all the animals they could think of. Right now Hot Girl Meg is a little busy living up the hype of her new single, but I'm sure once this crosses her timeline, she'll be more than excited to be memed with some critical thought.

Peep the rest of @dickgirldiaries original Twitter thread, below.