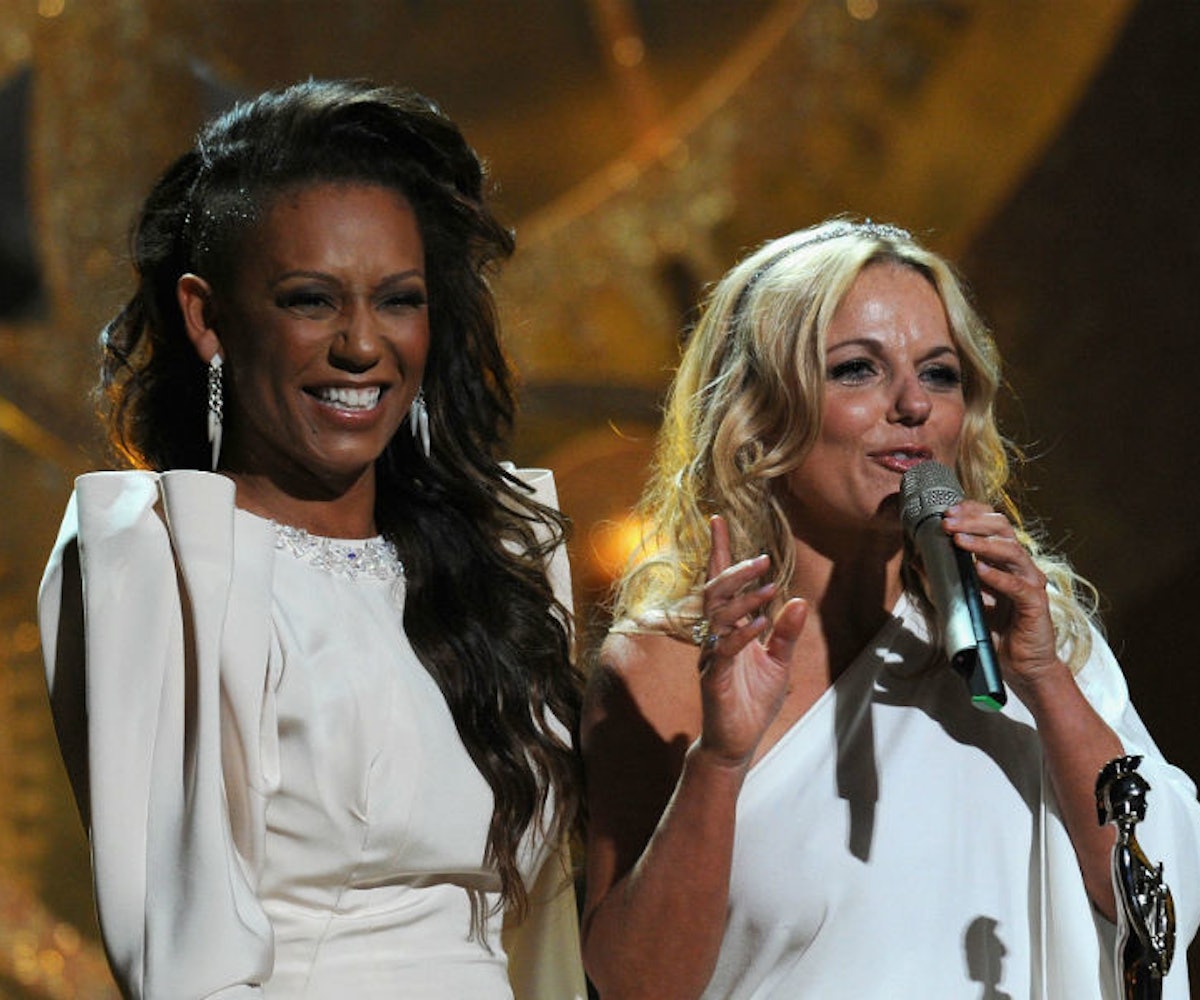 Earlier this week, Spice Girl member Mel B admitted to Piers Morgan that she and Geri Halliwell slept together during the group's heyday. Now she's rolling back her admission, claiming that they just "had a little thing."

While appearing on British radio show 2Day FM Breakfast with Grant, Ed & Ash, the singer says she "didn't actually really admit anything." She continues: "I just admitted we had a little bit of a thing back in the day at one time. And that's it." She says she didn't "really go into detail about it at all" during her interview (though when Morgan asked directly if she slept with Halliwell "like that," she nodded her head). "If you actually read my transcript, I just said it was like a little thing and we giggled about it the next day and that's that," she said. "It's the press [who] have taken it onto a whole new level."

Maybe so! But during her interview with Morgan, Mel B also says she hopes Halliwell doesn't get mad at her or deny the rumors and it kind of sounds like that's exactly what happened. Though Mel B says she called Halliwell up after appearing on Morgan and the two laughed about it. "I said look, I admitted on Piers that we had a little bit of a thing but don't worry about it," she apparently told Halliwell. "We had a long conversation. She texted me the night of and then we just spoke at length today, amongst other things because we're getting ready for tour."

And maybe that's the key to all of this: Maybe Scary Spice just said those things to ramp up publicity for said upcoming reunion tour. If that's the case? Well, it worked.