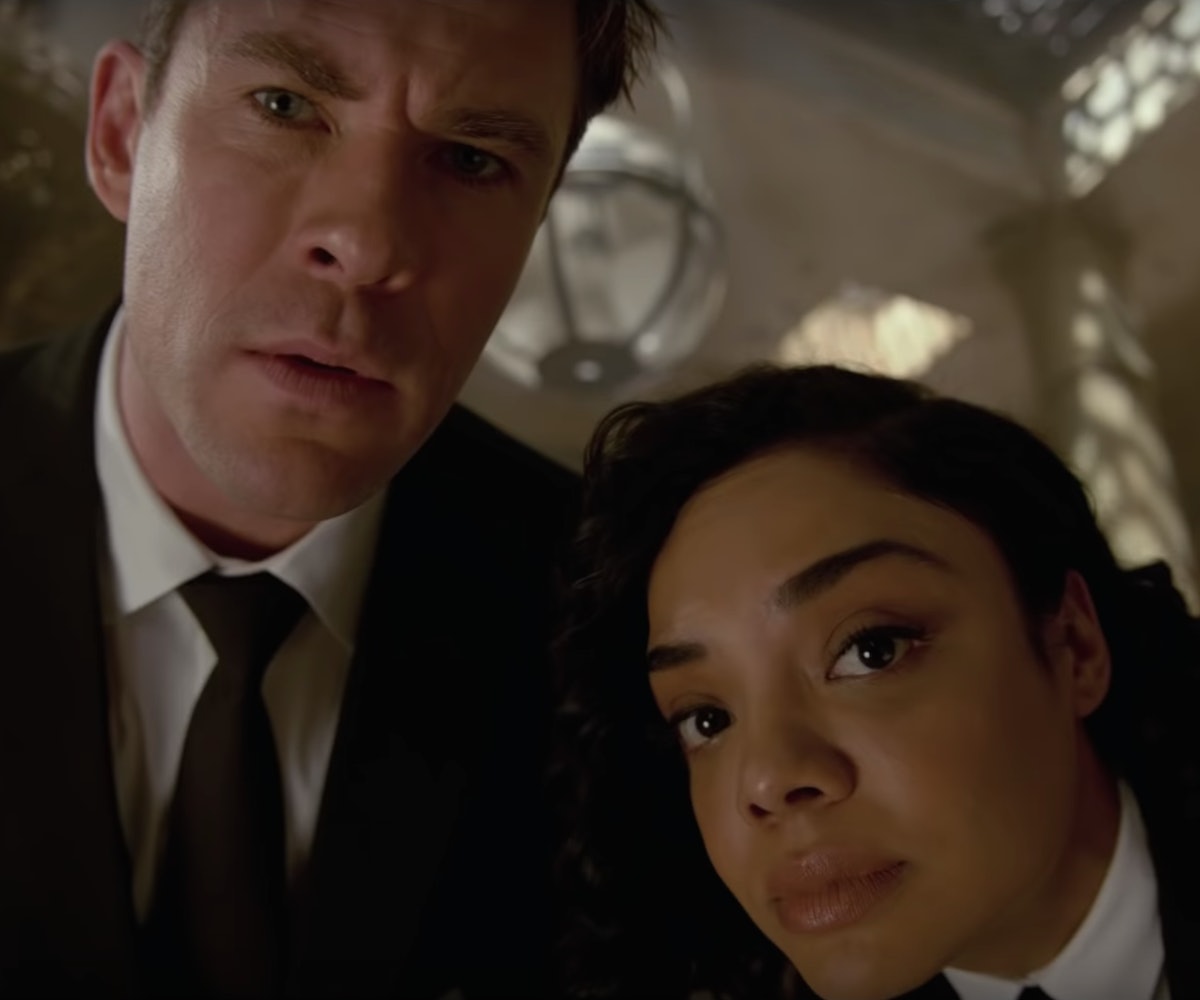 It's never too soon for a spinoff, especially when it's a film series as beloved as Men In Black, and the new trailer for Men In Black: International proves that the franchise is still in good hands. Actors Chris Hemsworth and Tessa Thompson take the reigns from Will Smith and Tommy Lee Jones and embark on the titular "international" journey starting in London.

In the new trailer, Thompson, aka Agent M, tracks down the Men In Black headquarters herself (even though its supposed to be nearly impossible to do). After some banter about really good suits, she convinces Emma Thompson's character to let her get to work. From there, Agent M meets Agent H, played by Hemsworth (who is clearly set to be the comic relief of the duo), and it's a whirlwind of laser guns and flying weaponized vehicles and, yes, more really good suits.

Check out the trailer, below. Men In Black: International is set to hit theaters next summer.