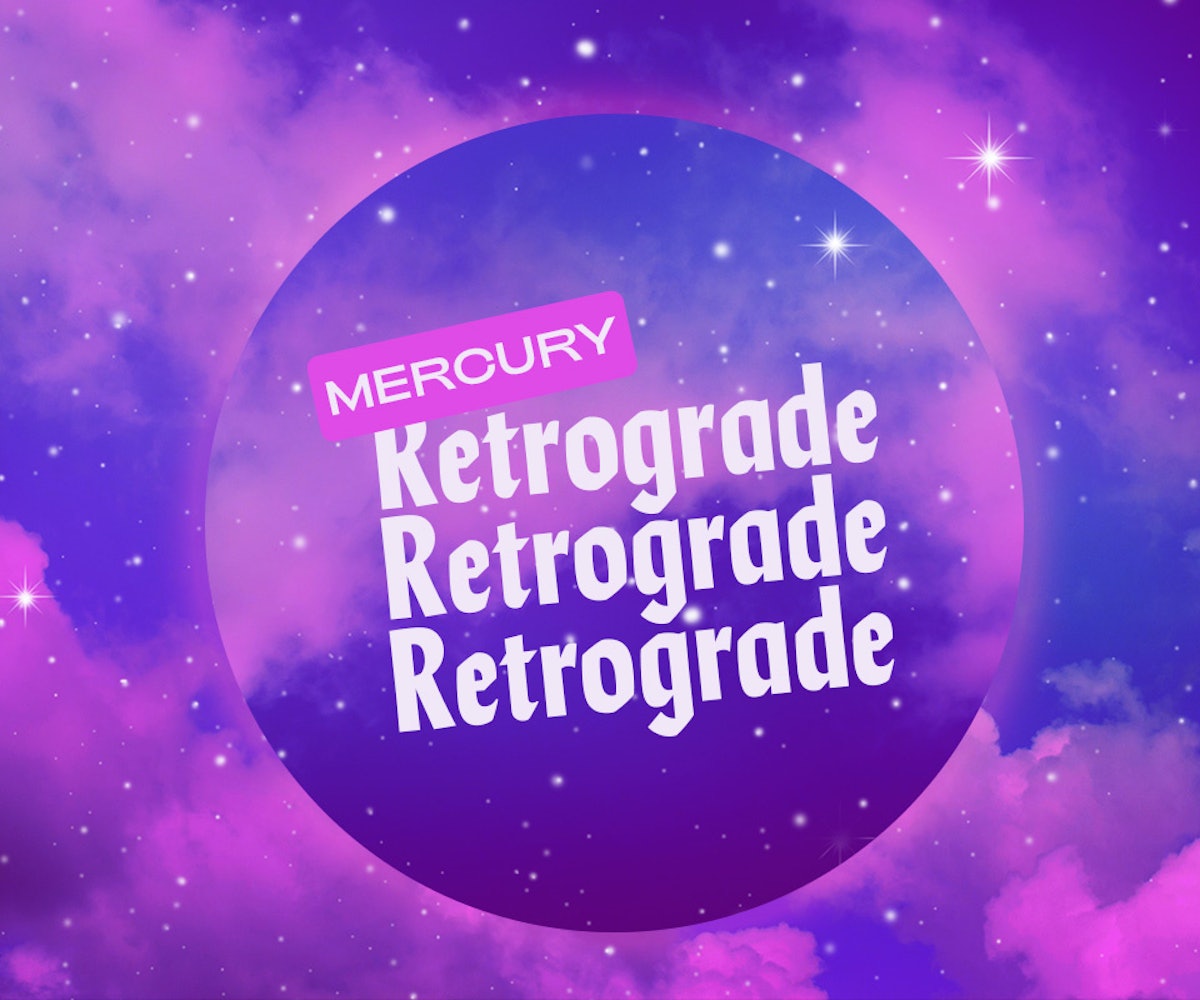 It's the spookiest time of the year! That's right, it's time for a Mercury Retrograde transit. Oh? You thought I was going to say Halloween or perhaps just Scorpio season? Well, that too, dear reader, and all at the same time. What makes Mercury Rx spooky? It's really a matter of what you're afraid of, what gets your cortisol spiking, or what pushes you out of equilibrium. For some people, what's scary is a spirit or a ghoul coming around from beyond the grave and seeking answers. But, for many of us, fear comes in the form of missed deadlines, debt collectors, interpersonal conflict, and difficult conversations that just don't seem to land us onto higher ground. In that case, this season's Mercury Rx transit through Scorpio promises to offer us quite the haunted house.

Mercury stations retrograde in Scorpio on October 31 and, when it does, it will have a tight conjunction to Venus in Scorpio. Meanwhile, the Sun in Scorpio will form an opposition to Uranus in Taurus. Now, Mercury and Venus have been getting intimate in Scorpio for a hot minute which, ordinarily, offers us an energy conducive to communicating directly, expressing our burning desires, and engaging in projects that nourish our spiritual body. Scorpio is interested in undiluted life force and power. The planet of communication and the planet of love under the influence of such a star burn bright with their most private, unrelenting, truths. When harnessed with mindfulness, this sort of influence can lead to transcendent erotic encounters and engagements that transform you. However, Scorpio tends toward secrecy and has a penchant for digging just a little too deep for its own good. With Mercury stationing retrograde, the line between what one has a right to know and what one has a right to share can get a little tenuous. Couple that with a Sun in Scorpio/Uranus in Taurus opposition, and we're looking at the risk of unearthing something that ruptures the foundation of who we are and what we believe belongs to us.

On a collective level, this arrives just in time for U.S. election season and 45's impeachment proceedings, Canada's elections shifting into a referendum on the climate emergency, and—speaking of secrets—Facebook's crashing tower. Examples of information and what it costs us abound this month, and Mercury Rx's shadow has been steady for the past two weeks, so it's no surprise that many of these incidents have been building toward their crux points. As global citizens, we are called to pay attention to our agreements. The convenience of fixed consumer habits vs. eco-disaster. The pleasure of social connection (and spying on your frenemies) vs. the ramifications of surveillance. Mercury wants to communicate ideas, stay informed, and Venus wants to flirt, connect, even make money. Under the influence of Scorpio, we are asked what authentic connection looks like and what personal powers are lost when we trade privacy for influence. Uranus asks, "What is freedom, ultimately, and what will it cost us?"

What swirls around in the air eventually settles into our lungs, becomes part of us, and, if we are lucky, moves through us. On the ground, the turbulence of our global impact affects us nationally and interpersonally. Fires engulf California, yet again, and while prisoners are sent into the flames (bargaining for freedom), witches everywhere pray that winds die down. Mercury, who travels by wind, stationing retrograde could be an answered prayer although I am not one to presume what the Earth wants from us and what it is willing to do to get it. Still, as this transit begins, it couldn't hurt to think of stillness and stagnation as an offering: a moment to pull the breaks on impulses that feel more intense than ever and listen for what feels not only good but right by your spirit and your heart. Between lovers, between friends, it is sometimes better to wait. Hold the truth you think you know within you and refine it, coal to diamond, for as long as you can. Then, ask yourself if that diamond is meant to stay protected within you or whether it is meant to be shared. The power your truth has inside you changes when it is in someone else's hands, and will cost you. Ask yourself if you agree to pay the price.

NEXT UP
Astrology
Your Natal Mercury Placement In Astrology, Explained
Astrology
How to Use Astrology to Access Past Lives
Astrology
Your February 2023 Horoscope Is A Breath Of Fresh Air
Astrology
Get To Know Aquarius, The Certified Freak Of The Zodiac
Style + Culture, delivered straight to your inbox.