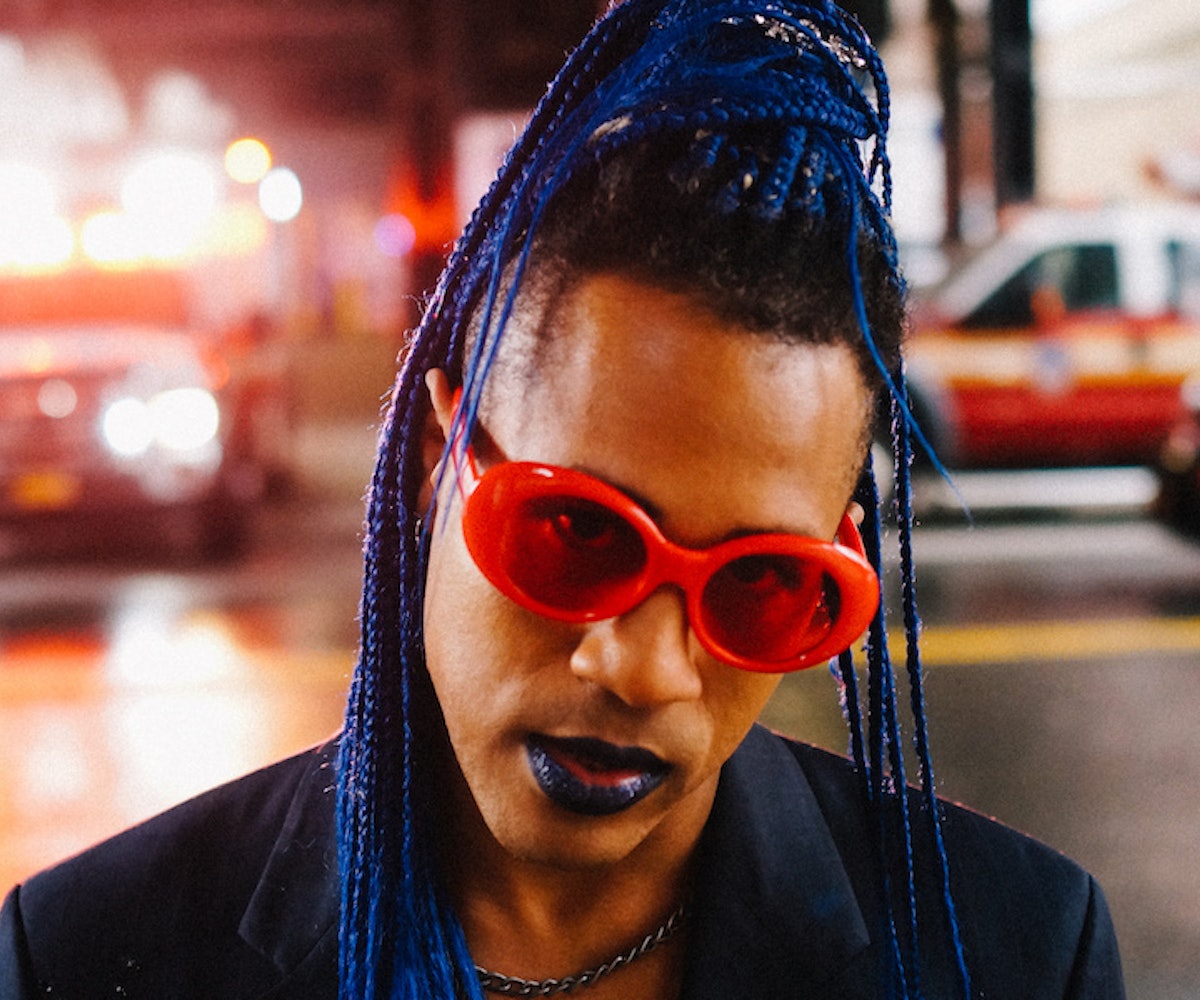 Emerging artist Michael Love Michael is dedicated to examining the structures that keep us separated. Growing up Black, queer and nonbinary in the Midwest, they didn't always feel safe or encouraged to be themselves, and turned to music, writing and storytelling as an outlet for their budding self-expression. At 16, Michael began quietly making music in their bedroom, investigating their own isolation while simultaneously escaping from it.

Now in 2020, as the world bears witness to unprecedented events that affect all of humanity, Michael's voice provides a much needed perspective on the how and why of everything; of how and why we got here, and how and why we might get to something resembling equality. They also make bops, one of which, "6 Jaguars," is premiering exclusively on NYLON below. Written and produced by Michael and frequent collaborator Rich Dasilva, the synth-heavy, '80s glam track is propelled by a catchy hook that tells the story of a person "hidden behind extravagant wealth and privilege, and thus protected from the worst parts of systemic oppression, including Trump's inhumane immigration reform policies."

As Michael tells NYLON, "I was inspired to make this song after a flight to Dallas sitting next to a drunken wealthy white businessman. That's all worth considering because when he spoke, he represented all of those things. He was drunk, so his guard was completely down, he was wealthy and so his drunkenness led him to bragging about his lavish lifestyle, complete with vacation homes and multiple Jaguars parked in a garage separate from his three-story townhouse. His whiteness came into play because he couldn't seem to read the room; it was an early flight, people were trying to sleep, and he was being so loud, taking up so much space. And he was powerful in the business world, per his recollection.

"I don't hate him, but I found it interesting that he symbolized so much of what oppresses people who are not him. I wanted to write a pop song that would be anthemic and catchy enough that people wouldn't quite get what I was singing about right away, but I wrote the lyrics in such a way that you have to understand it comes from a character's point of view. This character is that of omnivorous, oblivious destruction, but the kind that is so aloof it can't see what it's doing. In these challenging times, I agree with the idea that we should look at our own humanity and see one another's. I also believe that it's worth looking at all the ways we are separated even in illness and death. It may be uncomfortable to do so, but it's clear that even in universal struggle, we are not equal. This song in its own way challenges all of that. Maybe if we can confront this in our reflection on the world, we can come out of this with a different kind of clarity. That's my prayer, anyway."

Listen to "6 Jaguars" below: