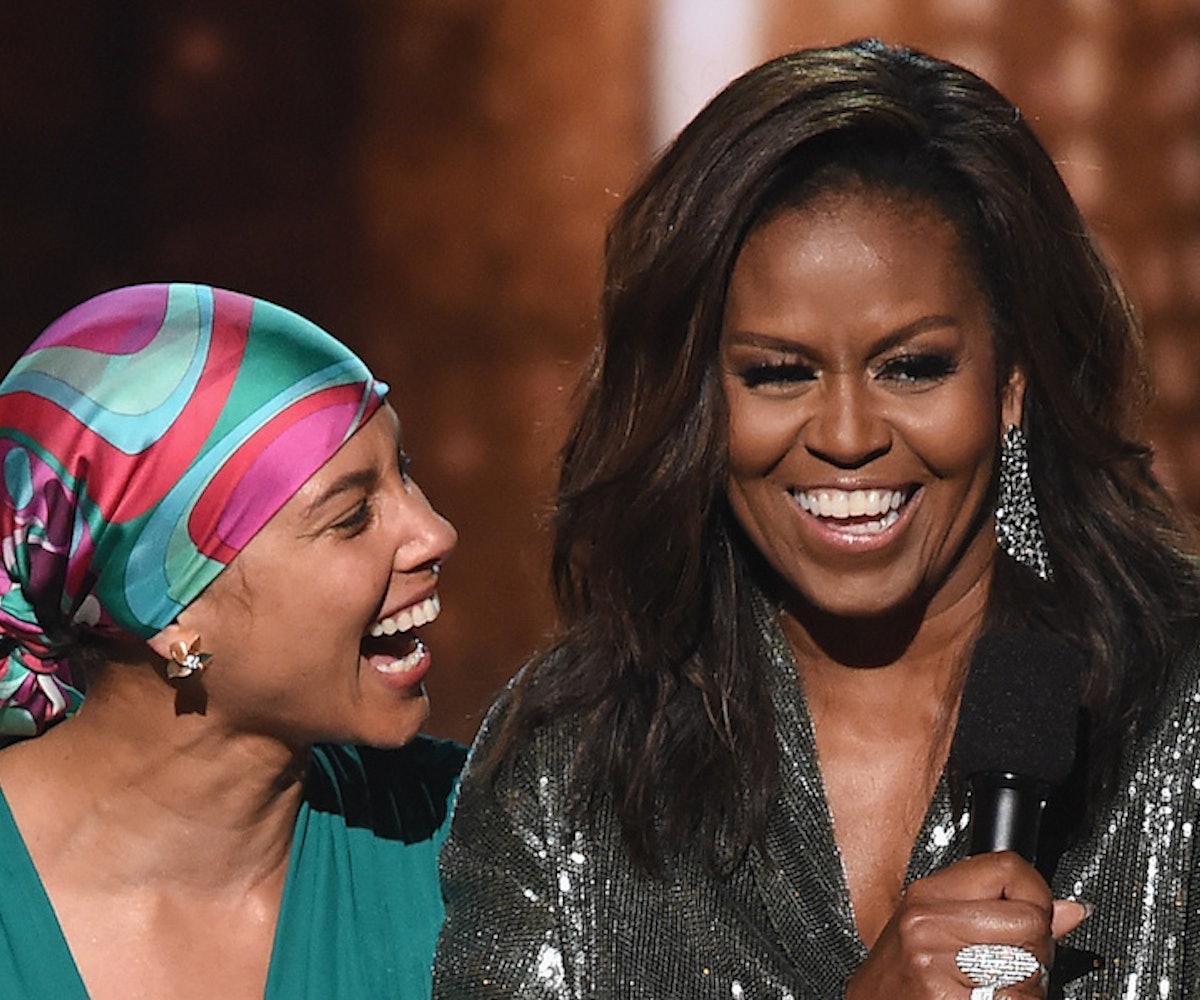 Michelle Obama's mother, Marian Robinson, may have just become my favorite person ever. The former FLOTUS shared a screenshot of texts sent by her mom following her appearance alongside Alicia Keys, Jennifer Lopez, Lady Gaga, and Jada Pinkett Smith at the Grammy Awards, and Mom made sure Obama didn't let it all go to her head.

"I guess you were a hit at the Grammys," Obama's mom wrote, pointing out that she wasn't informed Obama would be appearing in the following text, "I saw it because Gracie called me." The shade! Even better? She followed it up asking, "Did you meet any of the real stars or did you run right after you were done," which prompted Obama to assert that she is a real star. Her mom's response? "Yeah," no punctuation, just left it hanging.

Obama is definitely a "real star" though. I mean, if she wasn't a real star, how did she stop the Earth from spinning when she walked out on stage at Barclay's Center in Brooklyn, wearing these thigh-high sparkly gold Balenciaga boots?

Obama clearly wasn't that hurt though, responding to her mom with a pink heart emoji. We can all use a little reality check from mom, always. I'm sure Michelle is serving it up to Malia and Sasha just as she receives it.