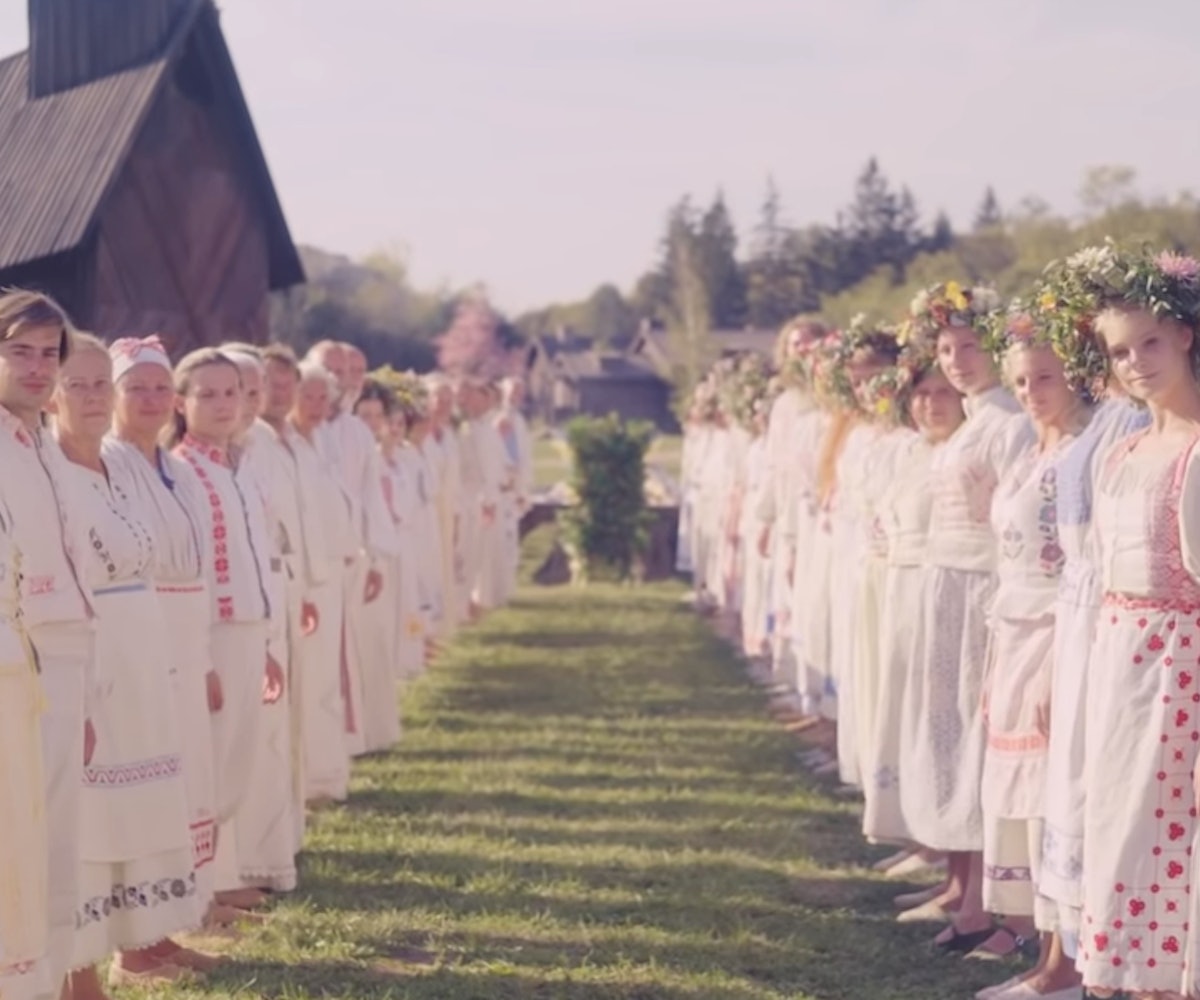 According to AVClub, the film follows "a couple that travels to Sweden to visit their friend's rural hometown for its fabled mid-summer festival," which only happens once every 90 years, and "what begins as an idyllic retreat quickly devolves into an increasingly violent and bizarre competition at the hands of a pagan cult." If I heard of a tradition happening once every 90 years, that would have raised so many red flags I'd be back on the plane home in a heartbeat. This though does not deter the couple.

In the trailer, we follow Florence Pugh into the suspiciously bright and warm landscape, where she is told she can't speak and move and that her defenses would be broken, just as the festivities begin. Staccato breaths mark the impending doom, gaining speed as we see William Jackson Harper thrown to the floor, a bear's internal organs on display, and Pugh running through the woods, clearly not loving, like she was promised, her time amongst the creepy locals.

It's the exact opposite of what Hereditary fans would expect Aster to follow up what was dubbed this generation's Exorcistwith. But bringing all the horror out of the dark into the broad daylight proves even further that Aster really, really knows how to freak people out.

Watch the trailer below. Midsommar hits theaters on August 9.